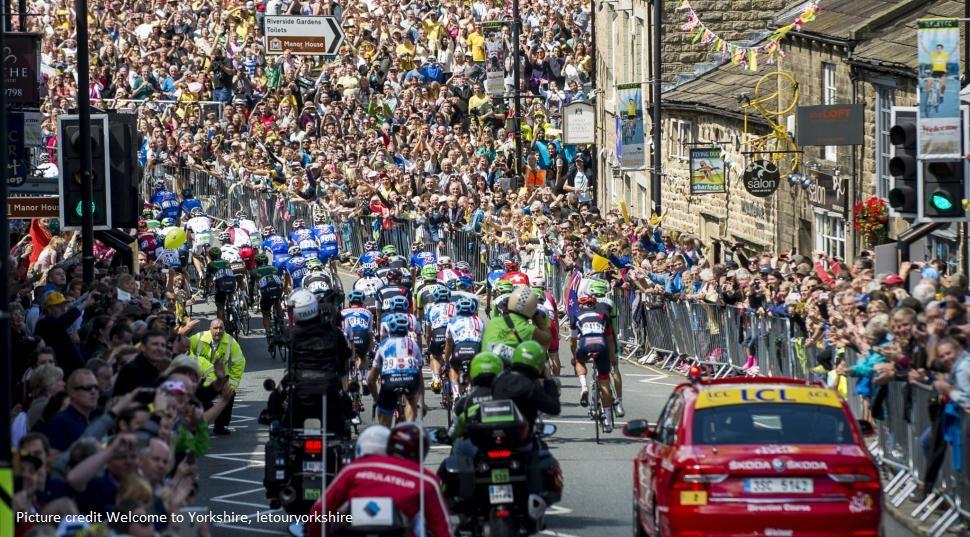 The UK government has confirmed a bid to host the Grand Départ of the 2026 Tour de France, with Chancellor of the Exchequer Rishi Sunak committing funding to the project as part of tomorrow’s Budget and Spending Review.

£30 million has been set aside to support plans to stage the start of cycling’s biggest race, and for the English Rugby Football Union’s bid for the 2025 Women’s Rugby World Cup.

The bid deadline for each falls early next year, and an additional £11 million is also being provided to back a bid for the UK and Republic of Ireland to host the FIFA World Cup in 2030.

The proposed 2026 Tour de France Grand Départ would include stages in England, Scotland and Wales, with 95 per cent of investment said to benefit areas outside the South East of England.

That could be a stumbling block with race owners Amaury Sport Organisation (ASO), who would be likely to push for a finish location on the final stage of any UK Grand Départ that would put the race, and its huge supporting caravan, within striking distance of the Channel Ports for a quick return to France.

That was one of the reasons why the third and final stage of the last Grand Départ on these shores, in 2014, took the peloton from Cambridge to London after the opening two stages in Yorkshire ran from Leeds to Harrogate then York to Sheffield.

The following year, Transport for London (TfL) pulled the plug at the last minute on its bid to host the start of the 2017 edition of the race on the orders of then Mayor Boris Johnson, who said the £35 million cost would be better spent on cycling infrastructure.

The Grand Départ for the 2017 race was instead awarded to Düsseldorf in Germany.

British Cycling welcomed news of the bid for the 2026 Grand Départ, with the governing body’s CEO, Brian Facer, saying: “The 2014 Tour de France Grand Départ in Yorkshire was an unforgettable celebration of our sport and is still talked about to this day, inspiring a new generation of cyclists.

“More importantly, those few days showcased our country’s credentials as one of the world’s best cycling nations, and we’re delighted to be supporting the UK government’s bid to bring the sport’s showpiece event back to these shores in 2026.

“The Tour de France will bring significant economic benefit and investment to our communities, rapturous crowds on the roadside and a tangible legacy to get even more people riding more often throughout England, Scotland and Wales.

“We now look forward to working alongside the UK Government, devolved administrations and UK Sport to deliver a compelling vision for the 2026 Grand Depart, which aligns with the event organiser Amaury Sport Organisation’s aspirations, and builds on our proud track record of hosting the sport’s biggest global event,” he added.

Chancellor of the Exchequer, Rishi Sunak, said: “I’m excited at the prospect of bringing more world class sporting events to the UK. That’s why I’m backing these British bids, with over £40m of funding to make our case.

“Our bids will include events taking place across the country, and I’m hopeful that everyone will get a chance to cheer on their sporting heroes.”

Over the past two decades, there have been 10 Grand Départs of the race outside France, most recently in Belgium two years ago.

The Danish capital Copenhagen had been due to host the start of the race this year, but that has been postponed until next year as a result of a clash with the delayed Euro 2020 football tournament, while the 2023 edition will start in Bilbao in Spain’s Basque region.