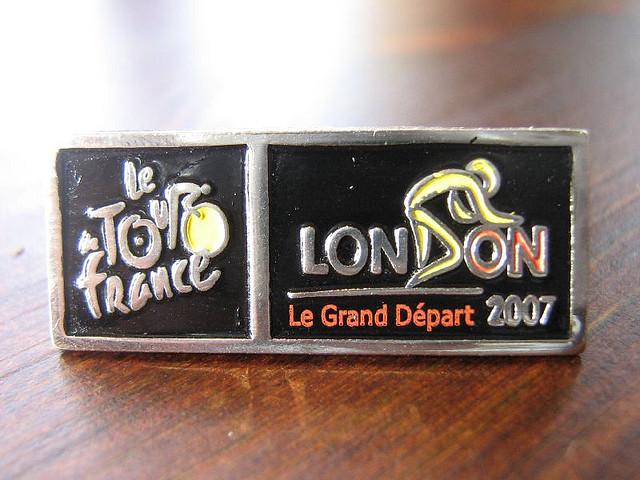 London won the right to host the Grand Départ of the Tour de France, it has emerged – but Transport for London decided at the eleventh hour to withdraw its bid on the eve of signing a contract with race owners ASO, citing funding issues.

And in a further blow for fans of cycling in the UK, among the bids beaten off by the British capital were proposals from Edinburgh and Manchester, with the race looking likely to begin in Germany the year after next, reports BBC Sport’s Matt Slater.

The city hosted the finish of Stage 3 of last year’s race, which began in Cambridge following a hugely successful opening two days in Yorkshire, the first two stages alone boosting the local economy by more than £100 million, according to estimates.

The  2007 Grand Départ, which had a Prologue in London and a road stage from the capital to Canterbury, cost a similar amount and brought in spectator spend of £65.6 million in London alone, according to a report commissioned by TfL.

However, TfL – which has said it will finance the controversial Garden Bridge Project to the tune of £30 million – and the Greater London Authority decided to pull out of plans to host the race for the third time in 11 years, in part because of the prospect of further cuts to public spending in the government’s forthcoming spending review.

"We have always said that the return of the Tour was subject to funding."

Although not officially cited as a reason, there is also a mayoral election next May to choose Boris Johnson’s successor.

And there has also been a change at the top of TfL itself - just last week, London Underground boss Mike Brown was named successor as commissioner with immediate effect to Sir Peter Hendy, who left in July to run Network Rail.

After last year’s opening days of cycling's biggest race, Tour de France race director Christian Prudhomme, who forged an excellent working relationship with Welcome to Yorkshire’s Sir Gary Verity, said he was keen for the race to return to the UK as soon as possible.

But with the route of next year’s Tour de France due to be announced in Paris next month, around now is when ASO would usually expect to reveal the location of the following edition’s Grand Départ.

The organisation is said to be angry at the late u-turn by TfL, and what remains to be seen is the damage it may do to any future bid from London – or indeed any other city or region in the UK.