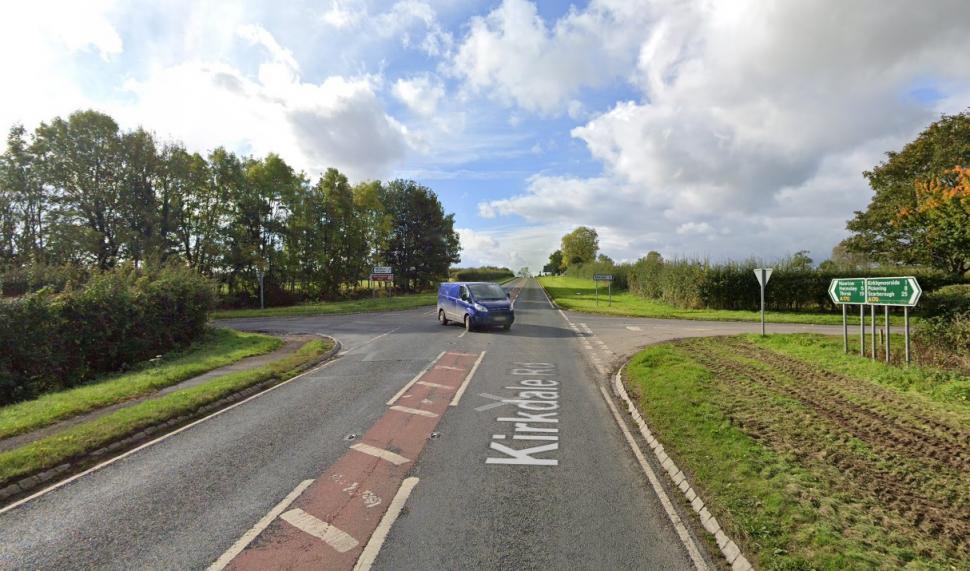 Teenage cyclist killed in collision with driver “should have been on footpath”, inquest hears

17-year-old Charlie Cornick was killed while cycling on a rural road in Yorkshire in November 2021, just weeks after his mother passed away
by Ryan Mallon

Drivers who passed a teenage cyclist on a rural road moments before he was fatally struck by another motorist told police that he “should have been on the footpath”.

Police collision investigator Nigel Varney also told the inquest into 17-year-old Charlie Cornick’s death that the teenager, whose mother had passed away just weeks before the tragic incident, was “not clearly visible” at the time of crash and had failed to follow the Highway Code’s recommendations that “cyclists should always wear light or reflective clothing and have working lights and a suitable helmet”.

Apprentice mechanic Cornick was cycling home from work on the A170 between Kirkbymoorside and Beadlam, North Yorkshire, just before 5.30pm on 19 November 2021 when he was hit from behind by a driver and thrown onto the car’s windscreen near Welburn crossroads.

The 17-year-old, who suffered a serious head injury in the collision, was flown to James Cook University Hospital in Middlesbrough, where he died the following morning.

The teenager’s tragic death came just weeks after his mother, Susi Cornick, passed away from a terminal illness, aged 46.

The driver who struck Charlie, 26-year-old Rachel Adams, was not arrested or charged in relation to the incident.

Earlier this week, an inquest at Northallerton’s County Hall heard that several drivers who passed Charlie on the unlit A170 remarked that the cyclist was not clearly visible and “should have been on the footpath”, the Yorkshire Post reports.

According to the inquest Cornick, who was travelling home from his job at Kirkby Mills Garage to a rented property in Nawton at the time of the collision, was wearing dark clothing and did not have working lights or reflectors attached to his bike.

Charlie had told family members that he cycled primarily on the pavement during his commute along the A170, apart from a short section of 50 metres where the path stops, and where the collision took place.

Kirkby Mills Garage’s co-owner Paul Grayson, who gave Charlie the mountain bike after his mother was unable to drive him to work, told the inquest that he had spoken to the 17-year-old about road safety and had advised him to use lights, wear a helmet, and not to have earphones in while cycling.

Grayson, who said that he “cared deeply” about the teenager and was devastated by his death, also noted that Charlie usually wore a reflective jacket but was not wearing it on the night he died.

> Cyclist’s bike ‘snapped in half’ in fatal collision, inquest hears

Motorist Rachel Adams, who lives locally and went to school with Charlie’s sister, told the inquest that she had been travelling at 50mph on the A170 but had slowed as she approached the crossroads. Adams claimed she did not see Charlies as she was “dazzled” by an oncoming car’s lights, and was unable to swerve to avoid the cyclist because another driver was passing in the other direction at the time of the collision.

Nigel Varney, North Yorkshire Police’s collision investigator, said that there was a “clearly defined footpath” along the A170 with a short break section. Varney added that when the scene was searched, a non-working USB light – believed to have belonged to Charlie – was found, but that no lights or reflectors were fitted to the bike.

The investigator also noted that a visibility study established that at 50-60mph, Charlie would only have been visible for between four to five metres in darkness. Varney concluded that Charlie was “not clearly visible”, before pointing to the Highway Code’s recommendations that “cyclists should always wear light or reflective clothing and have working lights and a suitable helmet”.

“Before she died, Mum depended on Charlie and they were so close,” the teenager’s sister, Ashleigh Brown, said after the inquest. “He had to grow up quickly and he was fiercely independent. Charlie could go into a room with a million people and come out with a million friends. He never excluded anyone and had a heart of gold.

“His personality was so rich. He partied a bit, but nothing excessive. He could turn his hand to any sport – he did regional-level athletics with our brother Jake, football and parkour. He was a gifted, incredible young man.” 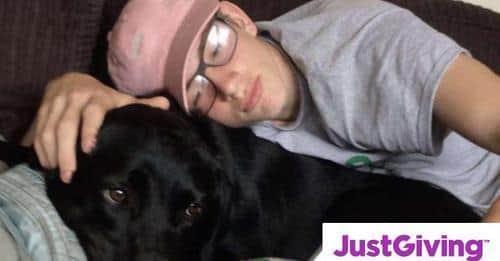 She added: “Charlie’s death has changed the dynamics of our family. His funeral was on his 18th birthday and he is buried with Mum. People have been so kind.

“I know the driver and she isn’t a bad person. I loved my baby brother and I will make sure my son knows all about his uncle.”

In the wake of Charlie’s death, friends renewed a campaign to install a cycle path on the notoriously dangerous A170.

Marcie Hughes, whose son was a close friend of Charlie, told the Gazette and Herald last year: “In light of the tragic accident on the A170, I urge Ryedale District Council to consider pushing forward the plans for the Kirkbymoorside cycle path.”

Hughes added: “Had the path been in place at 5.30pm on a winter evening, our dear Charlie might still be with us. Instead, I have spent the week comforting my youngest son and his friends, as they try to come to terms with the senseless loss of their beloved friend.

“They are 17-year-old boys – traumatised, devastated and utterly bewildered. Surely this must now be considered to be a priority and possibly named in memory of Charlie.”