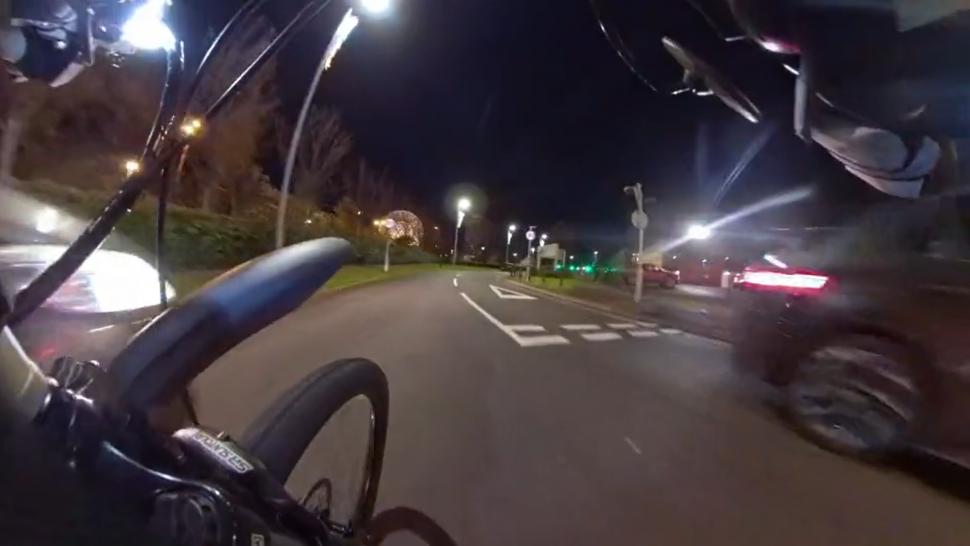 Near Miss of the Day 838: "Tell me again about hi-vis and lights!" — Cyclist narrowly avoids collision at mini roundabout

You've probably heard a 'cyclists must wear hi-vis' argument before, whether from a morning talk show ranter, anonymous Twitter account or even a UK police force, but today's Near Miss of the Day perfectly demonstrates how sometimes even when you've taken every reasonable step to make yourself visible you can still be on the receiving end of dangerous driving...

This one happened at a mini roundabout and shows, Cyclegranny says, what happens when "bad road design meets [an] idiot driver". "She was looking right and not ahead when she reached the junction, so I think I was invisible," the rider said.

I should have been a fighter pilot. I escape a bonnet ride on the way home. Driver fails to see me on a mini roundabout. Tell me again about hi-viz and lights! pic.twitter.com/R31Vxz31JM

What's more, having predictably quickly caught up with the driver now waiting at the next red traffic light, Cyclegranny explained the incident was on camera and would be going to the police, prompting the driver to run a red light and flee.

I told them I had it on camera and was reporting it to police and she took off like that.