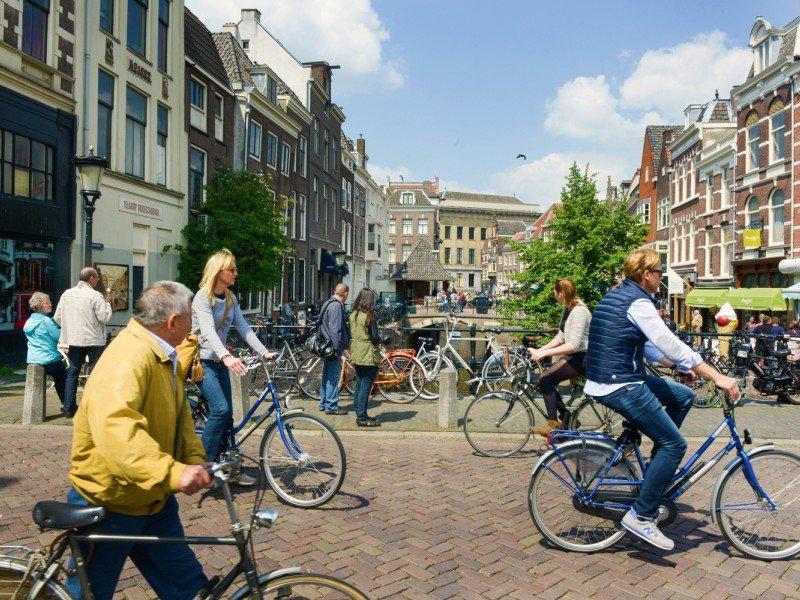 The Sunday Times has urged the country to ‘Go Dutch’ and embrace the bicycle to help prevent air pollution deaths, in an apparent change of editorial policy at the end of a year in which it has published a number of anti-cycling articles.

In a lead article that appeared in yesterday’s edition of the newspaper, The Sunday Times hailed what it termed “a landmark ruling,” referring to a coroner’s conclusion last week that the death in 2013 of nine-year-old Ella Adoo-Kissi-Debrah, who lived near London’s South Circular Road, was due in part to air pollution.

The newspaper said that it is “intolerable” that air pollution is thought to contribute to 40,000 early deaths each year in the UK.

Referring to a separate piece in yesterday’s News Review section written by Tim Smedley, author of the book, Clearing the Air: The Beginning and End of Air Pollution, the newspaper said that he “notes the efforts being made, including London’s ultra-low emissions zone and proposed clean-air charge zones in other cities.

“But he suggests that ultimately we should go Dutch. Cities in the land of the bicycling kingdom were once as car-centric as Britain’s, but they changed,” The Sunday Times added. “We have to change too.”

In his article, Smedley outlines measures such as clean air zones being taken in some UK cities to combat air pollution. “But it raises another obvious solution,” he wrote. “Moving away from cars.”

He said: “Diesel fumes have been recognised as a group 1 carcinogen since 2012 – but petrol isn’t much better. The government has committed to phase out the sale of new petrol and diesel cars from 2030. That still leaves the problem of what to do with their fumes in the meantime. All signs point to making zero-emissions transport – walking, cycling and electric buses – the easiest option.

“Becoming a car-free or less car-dependent city may seem impossible, but there are plenty of examples,” he continued, going on to explain how the 1970s Stop de Kindermoord (Stop the Child Murder) campaign in the Netherlands initially met with resistance from motorists and shop-owners, similar to those nowadays often voiced here, but ultimately led to the country shifting from a car-centric transport model to the active travel one with which it is synonymous today.

“We drive because we have to,” he pointed out. “Redesigning roads to incorporate walking, cycling and electric buses increases choice while improving public health.”

He concluded: “A nine-year-old girl should not have had to die to remind us of what Holland knew in the 1970s, and Londoners in the 1950s, after the Great Smog. The least we can do is finally learn the lesson.

The newspaper’s appeal comes at the end of a year in which it has regularly published anti-cycling pieces.

In April, during the initial lockdown period in England, the newspaper ‘named and shamed’ cyclists who had been posting rides of up to 100 miles on Strava, despite emergency legislation setting no limits on time or distance spent exercising.

A column by Rod Liddle in May in which he said he found it “tempting” to “tie piano wire at neck height across the road” to target cyclists.

The newspaper said that the article was “not intended to be taken seriously” – a response that had been correctly predicted by Cycling UK.

A complaint lodged against the newspaper was subsequently rejected by the Independent Press Standards Office, saying that some issues raised were more of a police matter, and that others fell outside the scope of the Editors’ Code.

In August, the newspaper’s transport editor, Nicholas Heller, declared that “Some cyclists are really getting away with” breaking the law as he compared changes in the number of enforcement actions by the Metropolitan Police against cyclists during the first six months of 2020 compared to last year with those against motorists.

> Cyclists “getting away with” breaking the law claims Sunday Times

That claim was refuted in the article itself by former Metropolitan Police Detective Superintendent Andy Cox, at the time the force’s lead on Vision Zero, who said: “I’ve been really, really super-clear to our staff that our priority is to target the most risky issues and people. And that is about protecting the cyclist, not targeting the cyclist.”

A fortnight later, at the start of September, The Sunday Times was at it again – this time implying that “weekend warrior” cyclists chasing KOMs on Strava were somehow to blame for a rise in casualties among people riding bicycles on rural roads.

Many cyclistys will cautiously welcome the newspaper’s call to follow the example of the Netherlands, while keeping vigilant for any repeat of articles such as those highlighted above – even (or especially?) those that are “not intended to be taken seriously.”