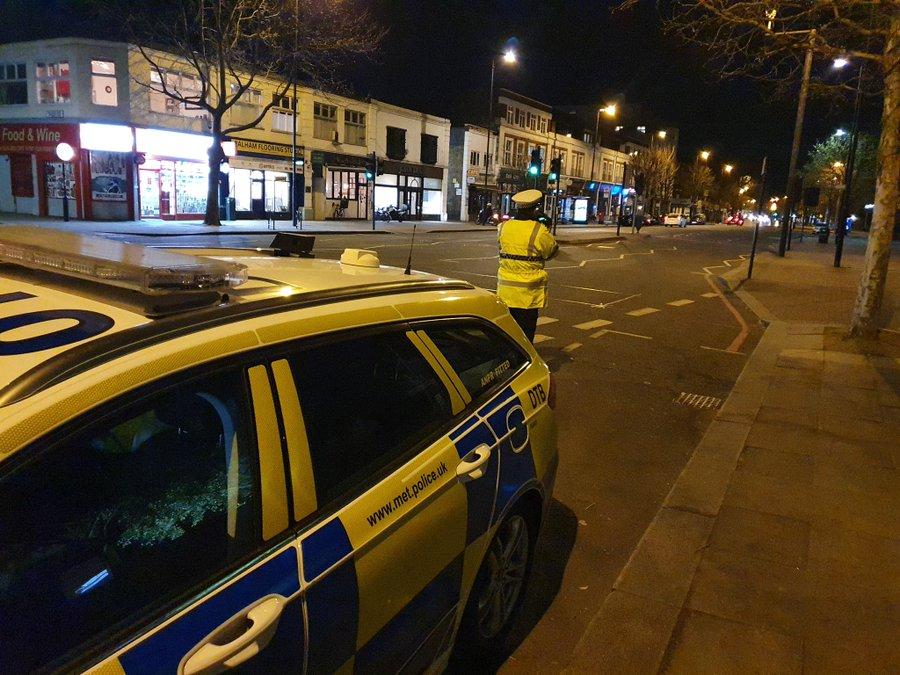 Cyclists “getting away with” breaking the law claims Sunday Times

Enforcement in London up against drivers, down against cyclists, but there is a very good reason for it due to police targeting those posing the greatest risk
by Simon_MacMichael

“Some cyclists are really getting away with it” – the “it” being breaking the law – is the opening sentence to an article published in The Sunday Times yesterday, not from columnist Rod Liddle, whose own anti-cycling views are well documented, but by the newspaper’s own transport editor, Nicholas Hellen.

Published under the headline, Police giving cyclists an easier ride, the article seeks to compare changes in the number of enforcement actions by the Metropolitan Police against cyclists during the first six months of 2020 compared to last year with those against motorists.

Of course, due to the coronavirus lockdown put in place in late March, it’s difficult to directly compare the first half of this year with the opening six months of 2019 – but the figures do show that from January to June, enforcement action was taken by the Met against 1,825 cyclists and 54,619 motorists.

While during the lockdown period there was a huge increase in people cycling – as much as 300 per cent on some weekends in England as a whole – and much less motor traffic on the road, The Sunday Times laments that “motorists were at the receiving end of an 18.5 per cent rise in fixed penalties and prosecution notices.”

That is based on comparing the six-month figures for 2020 against full-year 2019 and dividing the latter figure in two; by contrast, there was a reported 43.8 per cent fall in enforcement against cyclists for offences including riding through red traffic lights or riding on the footway.

The newspaper quoted Detective Superintendent Andy Cox, the Met’s lead on Vision Zero, who explained the principal reason behind the changes. “I’ve been really, really super-clear to our staff that our priority is to target the most risky issues and people. And that is about protecting the cyclist, not targeting the cyclist.”

When it was put to him that police might be going easier on cyclists, he reiterated: “I have told the team, ‘Your job is to target the highest risk’. My job has been to be resources onto the most risky roads, the most risky issues and, you know, way above the rest is speeding.”

The latter point is not addressed further in the article which, given the headline and that opening sentence, many readers might interpret as implying that cyclists are unfairly being given a benefit of the doubt not afforded to motorists.

One important piece of background that is missing from the piece, however, is that in April, the Met launched a Road Crimes Team, headed by DS Cox, to specifically target the most dangerous drivers in London.

Will share results & confident this team will make a difference to #RoadSafety in #London pic.twitter.com/2jyAvrEB5R

At the time, he told the website driving.co.uk – the dedicated motoring website of, yes, The Sunday Times: “The name is Road Crime team because there is so often a link between people that are dangerous drivers and people that are committing other forms of criminality.

“We did some research. As an example, uninsured driving — we found two thirds were active in other crimes within the last two years. It backed up the whole concept, which seems obvious, that there’s a link between dangerous driving and other crimes.”

One of the reasons the unit was set up was to target “extreme speeding” during lockdown as motorists took advantage of quieter roads – and the approach had immediate success, as these startling figures show.

Incredible work by Traffic officers tackling #speeding. Last week we enforced 2,020 speeding offences across #London. By comparison it was 268 in same week in 2019. An 8 fold increase!

Writing on Twitter yesterday, DS Cox – who announced at the weekend that he will be leaving the Met to take up a more senior role with Lincolnshire Police – made clear that despite the headline in The Sunday Times, the force’s approach is consistent with targeting those road users who cause most harm.

Coverage in @thesundaytimes today re #RoadSafety strategy in #London of targeting most risky roads, drivers and themes (speeding is No 1). We enforce #Cycling offences but do so proportionately to the risk posed which is ordinarily low frequency & impact.https://t.co/voEJMZbuhd

The rationale behind the Met’s approach is underpinned by Transport for London’s own road casualty statistics, which show that in 2018, for example, cyclists were involved in just 1 in 25 pedestrian road traffic collisions in Greater London.

In total that year, the latest for which statistics are available, there were 5,762 pedestrian casualties of all severities – killed, seriously injured, or slightly injured – across the city.

In the vast majority of those cases, a motor vehicle was involved – cars in 61 per cent, motorcycles in 11 per cent, goods vehicles in 9 per cent, taxi or private hire vehicles in 7 per cent, buses or coaches in 5 per cent and cyclists in 4 per cent.

The larger the vehicle, the more likely the incident was likely to result in death or serious injury. Of the 57 people killed during 2018 while walking, for example, almost one in five – 11 – died in an incident involving a lorry.

And returning to the issue of the safety of people on bikes that DS Cox highlighted, this tweet today from the Met’s Cycle Safety team provides evidence of the dangers cyclists face from motorists on a daily basis is

The team carried out a close pass op on Leighton Road Camden. 5 close passes reported. Our cyclist commented that he felt that he was being tailgated quite a bit and a lot of impatience today resulting in a close pass. We will visit again the area again soon.