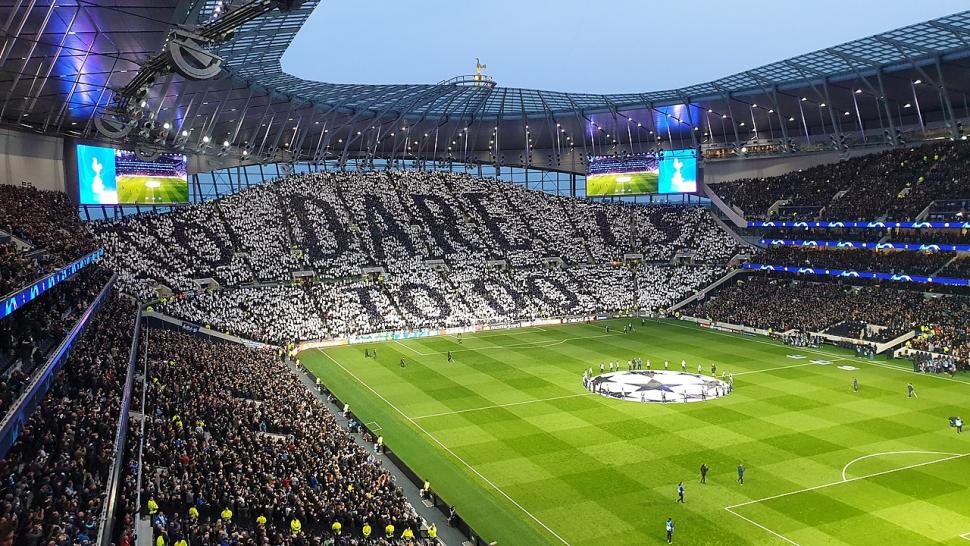 Spurs and Chelsea fans attending the London derby between the two clubs on Sunday 19 September are being encouraged to travel to the Tottenham Hotspur stadium by bike or public transport in what is being billed as the world’s first net zero carbon football match – although the initiative has not been greeted with universal approval on social media.

Branded #GameZero, the match comes six weeks ahead of the UK hosting the United Nations COP26 Climate Change Conference in Glasgow and is backed by the government, the FA Premier League, and broadcaster Sky.

It aims to raise awareness of the impact of climate change as well as encouraging fans to make small changes to their daily lives that can help reduce their carbon footprint.

Besides calling on spectators to cycle, walk or take public transport to the ground, they will be encouraged to choose plant-based food options once inside.

Players, meanwhile, will arrive at the stadium on buses powered by biofuel, and during the game will drink water from cartons, rather than plastic bottles.

It’s fair to say there’s been a bit of kickback about the initiative on social media, with the idea of vegan food apparently anathema to many – although one commenter on this BBC Sport thread on Twitter pointed out that Gloucestershire-based Forest Green Rovers FC also came under criticism when it first promoted plant-based food.

Vegan food = 1 burp later & I'm hungry again. Give me a meat(even minced)& it fills me for many hours. My sister's family are all vegan, xmas dinner still had me bloated for a full 5 mins until I burped & wanted more.

When Forrest Green Rovers went "vegan" similar comments to these were made. Once the food was tried it became popular. Give it a try before complaining.

Others, like this West Ham fan, queried the wisdom of cycling to a football match in the capital.

If you leave a bike outside a football ground in London, you’ll be walking home

Some, like this Twitter users, highlighted how motor racing fans in the Netherlands had reached the Zandvoort circuit last weekend.

And we know that this may come as a shock, but a number of people replying to that BBC Sport tweet clearly hadn’t clicked through to read the article before chipping in their tuppence worth.

I readd the article and I don’t understand your comment. Both teams are arriving by biofueled coaches. Players parking lot will be empty.

Spurs chairman Daniel Levy said: “We are delighted to be the chosen partner of Sky on this ground-breaking initiative that will demonstrate the role our game can play in addressing the urgent issue of climate change.

“As the Premier League's greenest club, Tottenham Hotspur is passionate about our planet – we look forward to showcasing our wide range of sustainable measures that are already in place and encouraging our fans to take simple actions that can make a huge difference.”

Cabinet Office minister and COP26 President-Designate Alok Sharma said: “Climate change affects every aspect of our lives, including the sports that we love to watch and play.

“We can all take steps to help protect the planet for future generations, including in major sporting events.

“That is why I am delighted COP26 is working with Sky, Tottenham Hotspur, Chelsea and the Premier League to show how football is going One Step Greener by hosting the world's first major net-zero football match.”

According to the Getting Here page on the Spurs website, “We encourage spectators to cycle to Tottenham Hotspur Stadium. There is ample cycle parking around the stadium and at the Tottenham Community Sports Centre and St Francis De Sales School, with capacity for 220 bicycles across the two sites” – although with a capacity of 62,850, that only works out at one space for every 285 spectators.

Down the other end of the Seven Sisters Road, meanwhile, besides on-street facilities in the area, Arsenal’s Emirates Stadium also has secure on-site parking for up to 150 bicycles, although it can take a bit of finding (it’s next to the club’s admin block, Highbury House, on Drayton Park).

Spurs also point out that “Cycling equipment such as puncture kits and removable seats will be allowed into the stadium. Helmets (but not those with a full mask attached) will also be permitted” – that puncture repair kit presumably coming in handy last season, when they topped the Premier League in December but ended up finishing seventh.

In his previous job as manager of Wolverhampton Wanderers, Spurs boss Nuno Espirito Santo apparently used to cycle six miles each way without fail to and from the club’s training ground at Compton Park, and the team would often take the train to away games.

While that has had us idly wondering whether he may be a bit of an eco-warrior on the side, we did particularly enjoy this exchange between two fans of his former team.

Ok then. Do I look like the kind of person that wants to ride a bike to the football?

Her car driving is bad enough 👀

Hopefully none of the fans cycling to the match a week on Sunday will suffer the fate encountered by an unfortunate Roma fan who emerged from the Stadio Flaminio after a game against Modena in the years after the Second World War and unwittingly found himself playing a key role in the denouement of Vittorio Di Sica’s Oscar-winning neorealist masterpiece, Ladri di Biciclette, better known in English as Bicycle Thieves.

The film follows the journey of Antonio and his young son Bruno as they trudge around Rome, the father desperately trying to recover his bike which has been stolen and which he needs for his new-found job as a bill-poster.

> 18 of the best cycling films

At the climax of the film, out of desperation he himself steals a bike from outside the stadium, just after the match has ended – and rather than employing extras, De Sica had bet on the fact that as the theft was taking place, the bike’s owner would emerge, oblivious to the fact he was walking onto a film set.

That is exactly what happened, with other Roma fans who helped chase down Antonio and even the carabinieri who apprehended him entirely unaware at the time of the contribution they were making to the final scene of what would become a classic of world cinema.