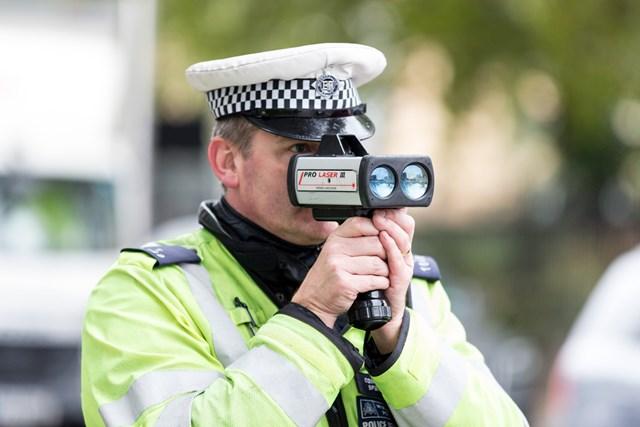 Transport for London (TfL) says that efforts to target speeding drivers are being stepped up after new figures reveal that 125 people – five of them cyclists – lost their lives on the capital’s roads last year.

Vulnerable road users made up the majority of people killed in road traffic collisions in London in 2019, according to the figures published by TfL today.

Besides the five cyclists who were killed last year – down from 12 in 2018 – 68 pedestrians lost their lives compared to 57 the previous year, as well as 31 motorcyclists, up 22 in the preceding 12 months.

In total, there were 25,341 reported collisions in London during 2019, with 3,780 people seriously injured, 83 per cent of them while walking or riding a bicycle or motorbike.

Among cyclists, there were 710 serious injuries in 2019. While that was 2 per cent lower than the 725 recorded in 2018, it was 11 per cent higher than the annual average for 2005-09 – although there has been strong growth in the overall distanced cycled in London in the past decade.

While the overall figures, when set against the 2005-09 baseline, represent progress towards TfL’s Vision Zero goal, it added that they underline the importance of bringing in measures to protect vulnerable road users including segregated cycle lanes, Low Traffic Neighbourhoods (LTNs), and safer lorries with the introduction of the Direct Vision Standard.

TfL singled out enforcement against speeding drivers as its biggest road safety priority, highlighting that a review of last year’s fatalities by the Metropolitan Police had found that speed was a contributing factor in around half of those crashes.

It said that its Streetspace programme, devised in response to the coronavirus pandemic, will see 20mph limits brought in on 20km of roads. The same speed limit has already been put in place across the Congestion Charging Zone as well as on Edgware Road, Park Lane and Hampstead Road.

TfL said that since it was introduced in May, the Streetspace programme has resulted in more than 80km of new or upgraded cycle infrastructure being built or currently under construction, as well as providing extra pavement space for pedestrians to help improve the safety of people on bike or on foot.

It added that since March, some 74 Low Traffic Neighbourhoods (LTNs) have been implemented throughout the capital, closing residential roads to rat-running motorists and thereby reducing road danger while curbing air and noise pollution in the area.

Heidi Alexander, London’s Deputy Mayor for Transport, said: “It is not acceptable that anyone should be killed or seriously injured when travelling in the capital, and these sobering statistics highlight the vital importance of our work to protect those using London’s roads.

“Tough new regulations like the Direct Vision Standard, alongside measures making it easier for Londoners to walk and cycle around London, will make a huge difference in improving safety and preventing any more devastating incidents on our roads.”

Superintendent Liz Hughes of the Metropolitan Police Service’s Road and Transport Policing Command, said: “We have seen the devastation caused to families when officers tell them their loved one has been killed or seriously injured on the roads of London.

“Across the Met, we are committed to bringing down these numbers and targeting those road users who put others at risk by speeding or driving dangerously.

“By continuing to work closely with Transport for London in taking tough action against dangerous road users, we can help make London’s roads safer for motorists, pedestrians and cyclists.”