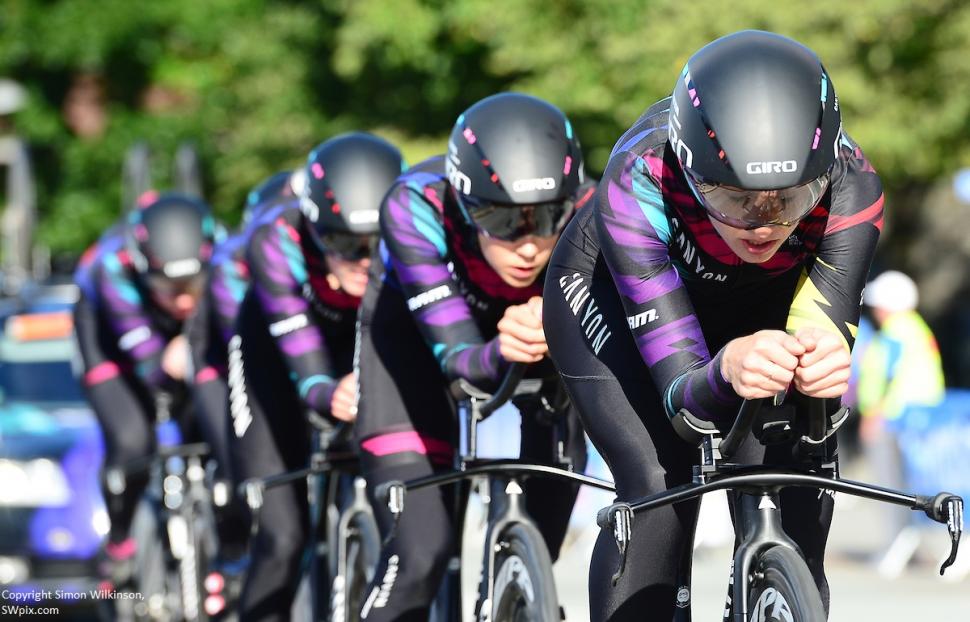 Singapore is to ban cyclists from riding in groups of more than five bicycles in length, whether in single or double file.

The new law will effectively cap the number of riders in a group at a maximum of 10 when they are riding two abreast, which is currently permitted on roads with two or more lanes.

On single lane roads and in bus lanes during their hours of operation, cyclists will have to continue to ride in single file, but in a group of no more than five.

Coming into effect from 1 January 2022, it is one of a number of recommendations designed “to enhance road safety” submitted in a report earlier this month to the country’s Ministry of Transport.

The report was written by the Active Mobility Advisory Panel (AMAP), which was set up in 2015, and followed a six-month review, which the ministry said “is timely given the growing popularity of cycling in recent years, with more people taking up cycling as a convenient and environmentally-friendly way to commute, while keeping fit at the same time.

“This has led to increased interactions between cyclists and other road users, and concerns about road safety when cyclists ride on roads,” the ministry continued.

It said that the report “takes into consideration the perspective of all road users. AMAP has taken a balanced and fair-minded approach, with the aim of strengthening road safety for all.

“AMAP has also studied practices in other countries and incorporated relevant learning points in its recommendations.”

Turning to the issue of the maximum group sizes, the Ministry of Justice said: “Given space constraints on Singapore’s urban road network, we will also adopt the AMAP’s recommendation to limit cycling groups to a maximum length of five bicycles, which is approximately the length of a bus.”

It also said that two recommendations from AMAP of best practice, while “not requirements for strict compliance in all situations … are useful guidelines and should be followed where practicable to enhance road safety.”

Those are that separate groups of cyclists should “keep a safe distance of approximately two lamp posts (or around 30m)” between them, and that motorists should leave “a minimum distance of 1.5m when passing cyclists on roads.”

The ministry said that it agreed that “all cyclists should be strongly encouraged to purchase third-party liability insurance to protect themselves from potential financial liabilities,” and that it was also in agreement with AMAP “that licensing of cyclists or registration of bicycles should not be introduced at this juncture.

“Besides affecting the majority of law-abiding cyclists, there is little evidence from overseas case studies and Singapore’s past experience that licensing of cyclists is effective in promoting road safety or deterring errant cyclists,” the ministry pointed out.

Meanwhile, fines for cyclists caught committing a number of specified offences, including exceeding the maximum group sizes, will increase from Singapore $75 (around £40) to $150 (£80). Those are:

1 Not complying with any traffic sign (e.g. failure to stop at red light)
2 Riding abreast of another cyclist on single lane roads, and on bus lanes during bus lane operational hours
3 Not riding as near as practicable to the far-left edge of the road
4 Not riding in an orderly manner and with due regard for the safety of others
5 Riding against the flow of traffic
6 Riding on expressways, as well as in road and expressway tunnels
7 [New] Riding with more than five cyclists in a single file, or ten cyclists when riding two abreast (on roads where riding abreast is permitted).

1
Grant Shapps: Cyclists should have number plates, be insured and subject to speed limits
2
Confusion as Grant Shapps now says he is "not attracted to bureaucracy" of number plates for cyclists
3
"Grant Shapps should be congratulated": Frothing talk shows and Mr Loophole discuss number plates for cyclists
4
Is a 13-speed Campagnolo road groupset on the way?
5
Cycle route in Swansea or Alpe d'Huez? Hairpin-packed active travel path opens
6
Cyclist sustains serious injuries after council fails to remove fallen tree from bike path
7
Roy Keane says cycling is his only way of keeping fit – but he’s “not exactly Sean Kelly”
8
“I have honour, integrity”: Phone driver launches bizarre rant at CyclingMikey – before mounting footpath