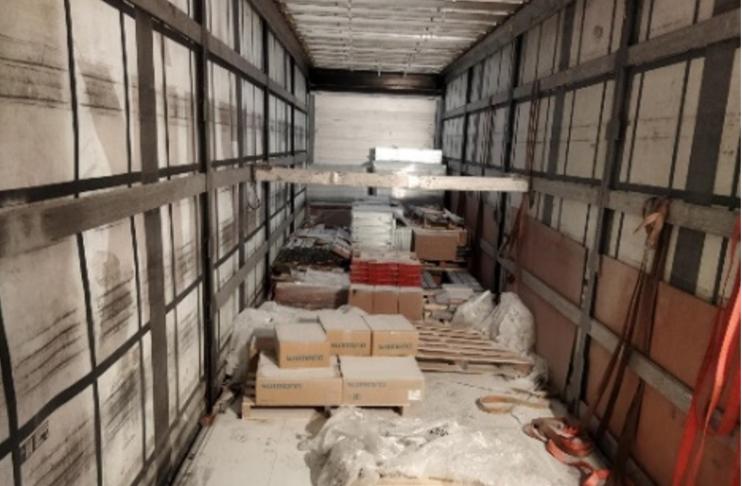 BIKE FUN International (BFI), the largest Czech bicycle producer, was the victim of a shocking motorway service station heist which saw Shimano components for 10,000 bicycles stolen by a gang of criminals, the company has revealed.

The robbery happened on January 21 as a lorry driver took a break at a German motorway rest area, and involved the well-organised gang reportedly releasing sleeping gas into the cab before raiding the components.

Two weeks on, the offenders have not been caught, with BFI now warning other producers that bicycle components could be a new target for organised crime.

Of the cargo, loaded mostly with expensive e-bike parts, only nine boxes of low-end components were selectively left in the truck, while potential evidence in the rear of the vehicle was "disguised" using a fire extinguisher.

BFI has already warned customers the incident will cause further delays to an already troubled supply chain picture, and could push back production of some Superior, Rock Machine and other brands' bikes by up to a year.

The producer said the robbery was particularly disturbing considering the pre-planned nature of the crime, and "in all likelihood the truck had been followed from the time it was loaded".

BFI hopes to replace some components from stock or production, but fears the loss will have a significant impact on future production.

"We haven't seen this situation before," BFI supply chain director Petr Krkoska said in a press release detailing the crime. "Even Shimano has not faced a targeted robbery of a shipment on a similar scale. We hope due to the shortage of parts these cases will not be repeated. Despite all the measures we have set up, no insurance can compensate us for the loss. Especially the reputation for late delivery.

"We decided to communicate this matter to warn other producers, because it could happen to them also. The situation for bicycle producers worldwide is really difficult. We are dealing with huge demand, but there is an even bigger shortage of components.

"This will delay production of some models by almost a year as there is no alternative on the market for many of the parts from this shipment. We are a strong and stable company, so this is just another obstacle out of many we are facing, but if this happened to smaller manufacturers, it would be liquidating."