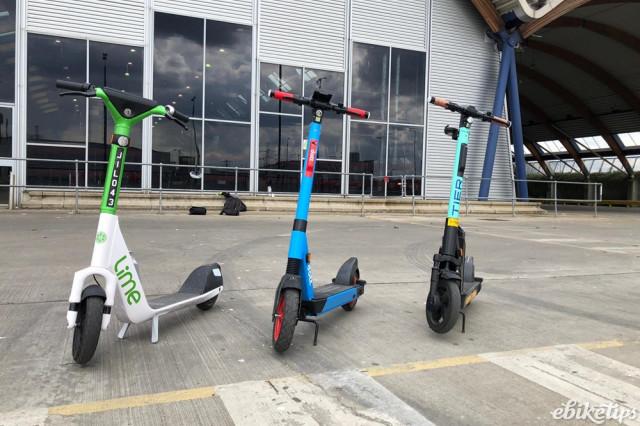 The Royal Parks has been accused of having “lost the plot” after reacting to yesterday’s launch of trial electric scooter hire schemes by banning them from the green spaces it looks after – including Richmond Park, where campaigners have been urging for motor vehicles to be banned.

As our sister website eBikeTips reported yesterday, Transport for London (TfL) has announced that from next month, the capital will finally join a number of other cities around the country in trialling three electric scooter hire schemes.

But a spokeswoman for The Royal Parks insisted that “we do not permit – and we have no plans to permit – the use of e-scooters in the parks.”

Social media users subsequently pointed out what they see as the absurdity of banning electric scooters from the parks, while permitting motor vehicles.

What's going on here, @theroyalparks? How can you justify allowing cars but not e-scooters? Surely you'd ban the cars long before you'd ban escooters? Personally I prefer bicycles, but I'd much rather an e-scooter rider than a car driver on the Richmond Park R25 motorway.

In #RichmondPark Consultation majority wanted through traffic banned because noise, disturbance of nature reserve etc. Obviously majority didn’t know what they were voting for as council asks for extended consultation! 🙄 But @theroyalparks bans Escooters straight off 🤨 pic.twitter.com/j3NxxvUFL6

"Yeah, but somebody is killed or injured every 20 minutes on Britain's roads. What can we do about it?"

Let's restrict e-scooters to 12.5mph and ban them from parks."

On the left: “unacceptable risk”; on the right: the status quo. The Royal Parks have lost the plot. pic.twitter.com/TMssfdor85

In common with trials underway in around 50 other locations around the country, the hire scooters, operated in London by Dott, Lime and Tier, will be covered by group third party motor insurance policies and will also carry identification numbers.

They are restricted to 12.5mph and can be ridden on the road and in parks, but not on footways, and many schemes are geofenced so that scooters cannot be ridden outside the designated trial area.

They will be available in a select group of boroughs – Ealing, Hammersmith and Fulham, Kensington and Chelsea, Richmond and the City of London – as well as in the Canary Wharf development, and can also be ridden through (but not hired or left in) Tower Hamlets.

Other boroughs have also expressed an interest in participating. But The Royal Parks – which is responsible parks including Kensington Gardens, part of which lies in the Royal Borough of Kensington & Chelsea, plus Richmond Park and Bushy Park, both of which are in Richmond upon Thames, has made it clear that scooters hired under the pilot scheme are not welcome on its roads.

A spokeswoman for The Royal Parks said: “The parks and other open spaces we care for are principally places for quiet recreation and where pedestrians have priority.

“It is important that all our visitors feel safe in the parks and we believe that the speed and stealth of e-scooters will have a negative impact on people’s experience of the parks, particularly those with young families, with mobility challenges or with a visual or hearing impairment.

“Allowing e-scooters to operate in the parks could discourage those who wish to walk to and through the parks and undermine the ambience of the green spaces.

“We will watch the London trial with interest, but we do not permit – and we have no plans to permit – the use of e-scooters in the parks,” she added.

Earlier this year, The Royal Parks extended by 12 months its Movement Strategy following a consultation period that closed in January and saw massive support for banning through traffic (unlike the other Royal Parks, roads within Regent’s Park are the responsibility of a separate body the Crown Estate Paving Commission).

Under current road traffic law, outside the trials currently taking place, e-scooters are banned from UK roads, and police have been known to seize privately-owned ones being ridden illegally on the highway, with riders subject to a fine of up to £300.