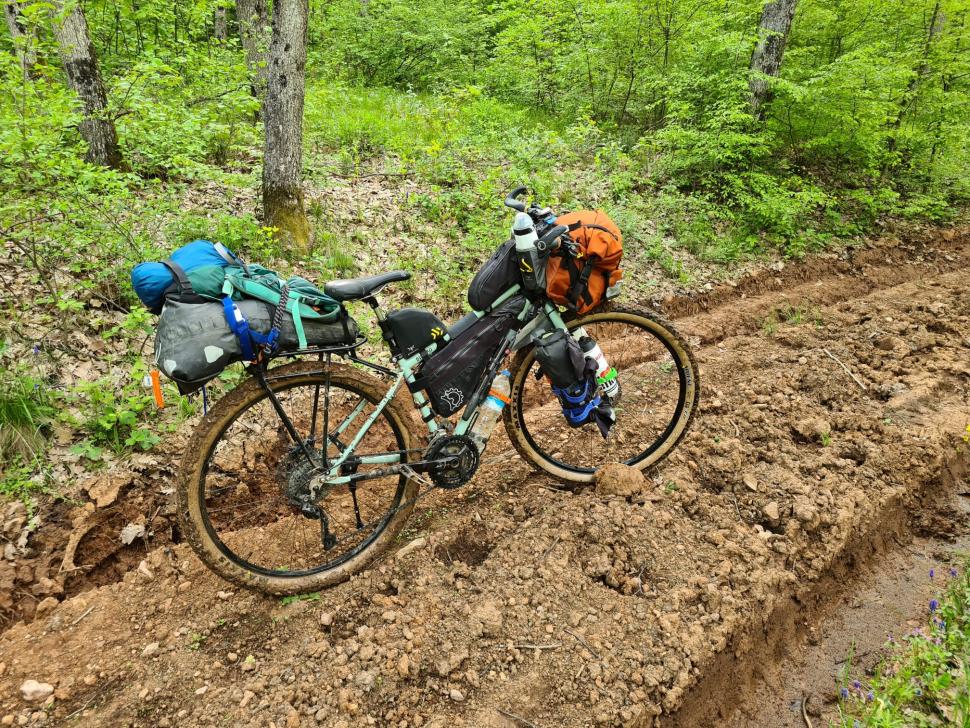 Oren Lotan from Israel is far from the first globetrotting rider to have his bicycle stolen in the UK ...
by Simon_MacMichael

A round-the-world cyclist has had his bicycle stolen while visiting Cambridge – the UK city which has the highest level of cycling, but equally, the greatest prevalence of reported bike thefts.

Oren Lotan, who left his native Israel to travel the globe by bike two and a half years ago years ago, learnt that his bike had been taken when the friend with whom he was staying in the city told him it was missing.

In a post published on his Facebook page last Tuesday, he wrote: “This isn’t the post I wanted to write right now, but oh well, it is what it is.

“Yesterday morning Jonathan, my host here in Cambridge, went to get his bike and ride to university. And all of a sudden I heard him say from the door, “Oh, Oren, was your bike tied up here yesterday?”

“And yes, the night before it was there. And that morning it wasn’t there anymore. To say that ‘bummer’ is an understatement would be, well, an understatement by itself. It’s not just the financial loss (and that’s not negligible).

“I’m not the kind of person who gives their bike a name, it’s not a human being,” he explained. “But I've been through so much with this bike, and it’s served me well,” before going on to describe some of his adventures on his travels, including through the Balkans, the Alps and the Low Countries.

But more than “just the memories or the money,” he said there was now “the headache of trying to find a replacement … first of all because the supply chain crisis is still with us, and the bicycle industry has not recovered from Corona yet.

“But beyond that, a travel bike is not something you just get on and ride. It's a bike you can spend day after day, and it has to fit you in the best way possible,” explaining issues he had experienced with the handlebars, brakes and mudguards on the bike that had been stolen until they were just how he wanted them.

Comparing it to the heavy boots he wore while doing his military service, he said: “After a complete boot camp I hurt like hell and suffered from inflammation, but towards the end of my service term they knew my feet well and were the most comfortable I’ve ever worn.

“This bike was in a very precise shape of my body, and it's going to be very hard to replace, and everything will feel like a compromise.”

Adding that the recent part of his journey, “while it did include some wonderful things, was not the best for me, for a variety of reasons, and included quite a feeling of sourness,” he said that he was “already very much looking forward to moving on, to his next part. And now this.”

He concluded: “I don't have much time to be sad and upset, because the flight to New Zealand is approaching, and there needs to be some bicycle in the box when I get on the plane (and I also need to complete the part of the equipment that was connected to them when they were stolen, which is also a few thousand shekels extra). There is a lot of work to do.”

In the end, he had to postpone his flight to New Zealand, from where he planned to ride across Asia to Istanbul. He had been due to leave yesterday, but his departure has been delayed for a couple of weeks while he tries to find a new bike.

We’ve reported on a number of instances over the years of cyclists undertaking round-the-world trips having their bikes stolen – with several of those thefts happening in the UK.

In June 2012, Sam Swain’s Dawes Galaxy bike was stolen from outside a restaurant where he was working in Bristol shortly after he had returned from a 10,000 mile round-the-world ride on it.

In April 2019, Scottish cyclist Josh Quigley hadn’t even made it across the Channel when his bike, which he named Braveheart, which he’d used on five previous attempts to circumnavigate the globe, was stolen from outside a hostel in London.

He was able to continue the journey after well-wishers raised more than £2,500 for a replacement, but just before Christmas that year nearly lost his life when a driver hit him in Texas, leaving him in intensive care. Quigley eventually completed his round-the-world trip two years later.

And earlier this year, another globetrotting cyclist, Josiah Skeats, was the victim of bike theft when his was stolen while he was having coffee at a Wetherspoon in Reading, after he’d spent more than two years riding it in countries across the world.

> Round-the-world cyclist arrives in UK... and has bike stolen outside a Reading Wetherspoons two days later