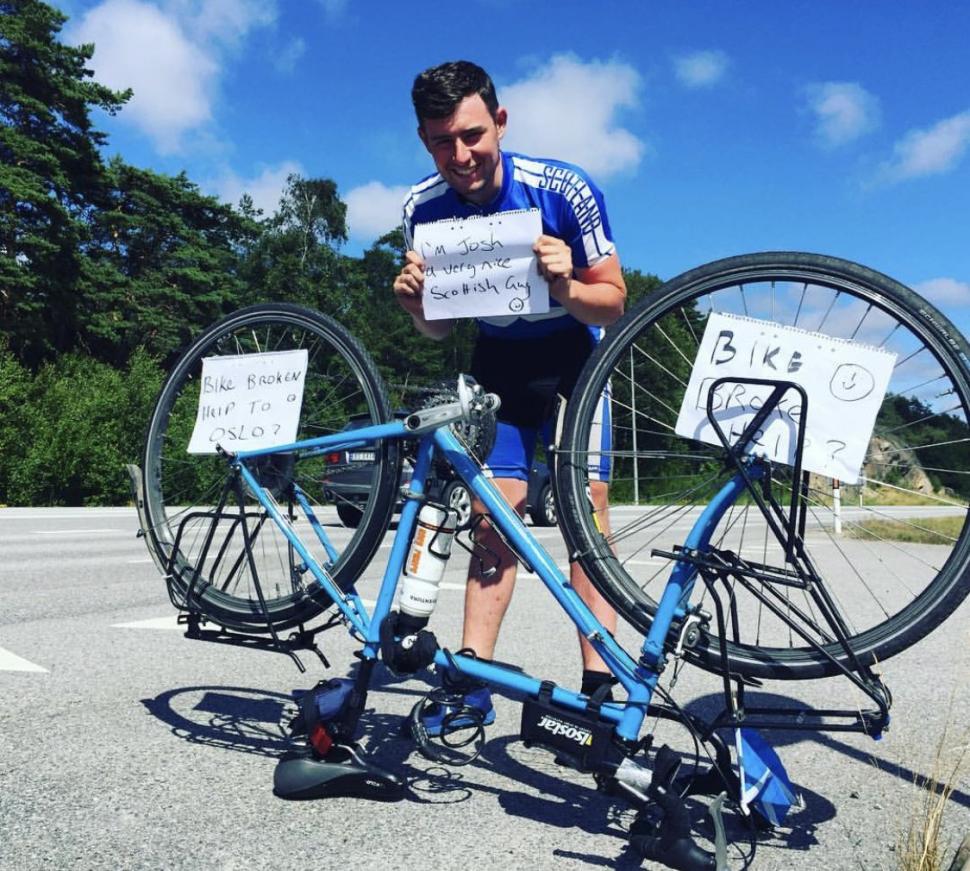 Josh Quigley and his bike

Round-the-world cyclist Josh Quigley, whose bike was stolen in London earlier this week, will continue on his journey after supporters donated thousands towards a replacement.

“Braveheart,” which was used on Quigley’s five previous attempts at a round-the-world trip, was taken from outside St Christopher’s Inn, the hostel where he spent the night, at some point between Sunday night and Monday morning.

Speaking earlier in the week, Quigley, who survived a suicide attempt in 2015, said he didn’t think grieving for a bike was a thing, “but after the amount of tears I shed yesterday morning I can confirm it is. That bike meant a lot to me and we went on some journey together.”

Supporters have since raised over £2,500 for a replacement.

WE HAVE A NEW BIKE!!

Thanks to my supporters, we’ve raised £2,500 and been able to get a new top of the range touring bike.

This is not just about a new bike.

This is a story about love and kindness.

Thank you for your support and belief in me

“All I can say to everyone is thank you,” he told Edinburgh News. “It has been one of the most humbling experiences of my life. When I first got that bike, I was not in a good place. People have asked me how much the bike was worth, but to me it is priceless.

“The journey that bike took me on was life-changing; other people don’t know what it means, they don’t know the story behind it.”

Quigley’s new bike will be called Robert the Bruce.

“I have always been inspired by the story of Bruce and the spider because it is a tale of ultimate perseverance and resilience,” he said.

“It is a story of overcoming a setback, of struggling on when all hope seems lost. That is what I want to do, to keep going no matter what obstacles are put in front of me and thanks to the truly humbling generosity people have shown, that is exactly what I am going to do.”

Quigley will now head to Dover as part of a trip he anticipates will take until September 2021.