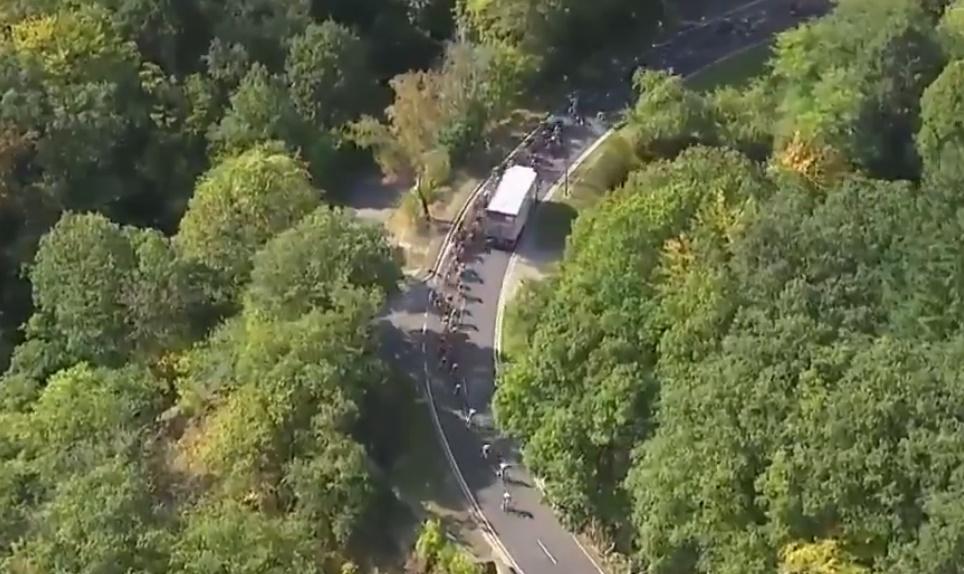 The pro riders’ association, the CPA, this week met with the UCI discuss a series of safety proposals in the wake of a series of serious incidents at races this season. Focusing on a number of areas, the group’s safety plan also offered a withering assessment of race judges which it says are often, “not competent enough to be responsible for a World Tour race.”

The truncated 2020 road racing season has seen a series of major incidents where riders have been seriously injured.

These have included a horrific crash for Deceuninck-Quick Step rider Fabio Jakobsen in a fast, downhill sprint at the Tour de Pologne; Vini Zabu-KTM’s Luca Wackermann suffering a broken back after a helicopter blew barriers out of position during the Giro d’Italia; plus a whole host of events at the Tour of Luxembourg where vehicles unrelated to the race regularly found their way onto the route.

Ahead of a meeting with the UCI on Tuesday, the CPA, with Philippe Gilbert and Matteo Trentin representing the riders, requested a host of regulatory changes relating to courses, barriers, arches, safety signs, feed zones and the last 3km of the race.

They also asked that cars, motorcycles and helicopters maintain a minimum safe distance from riders and for improvements to medical protocol.

“Security in races has to be a priority,” says the CPA’s safety plan. “We hear a lot of times statements by the UCI, organisers and a lot of parties involved in cycling that riders’ safety is their first priority. But for us as riders, it does not look like that a lot of time.”

In one striking passage about race judges, the group says: "Sorry to point it out, but the vast majority of the UCI commissaires we have are not competent enough to be responsible for a World Tour race. To underline it from the start, we don’t say they are bad people or incapable, but they are not up the task a lot of the time."

The CPA believes race judges rarely take decisions to improve safety when a race is dangerous but instead only act when there are consequences. “If things go right, everything is okay and, ‘see you tomorrow.’”

One of the key proposals is for pre-race safety checks of potential problem areas to be carried by independent auditors.

This was, however, rejected by UCI president David Lappartient.

Speaking after the meeting, he told Het Nieuwsblad: "I don't think that is justified. The organisers have rejected that. They said very clearly yesterday that the legal responsibility for a race lies with them. I would be very surprised if an external company was willing to take over that liability.

"But, of course, we will call in the help of independent experts. We are not against that. But there is little support for the proposal made by those teams."

Commenting on the proposals as a whole, Lappartient said: "Let us start to approach it as a shared responsibility.

"On Tuesday, we had three hours of meetings with all the parties involved: the UCI, the teams, the race organisers and, for the riders, Philippe Gilbert and Matteo Trentin, among others, present. They provided very valuable input. We're making progress, and a new meeting is already planned for November 5."