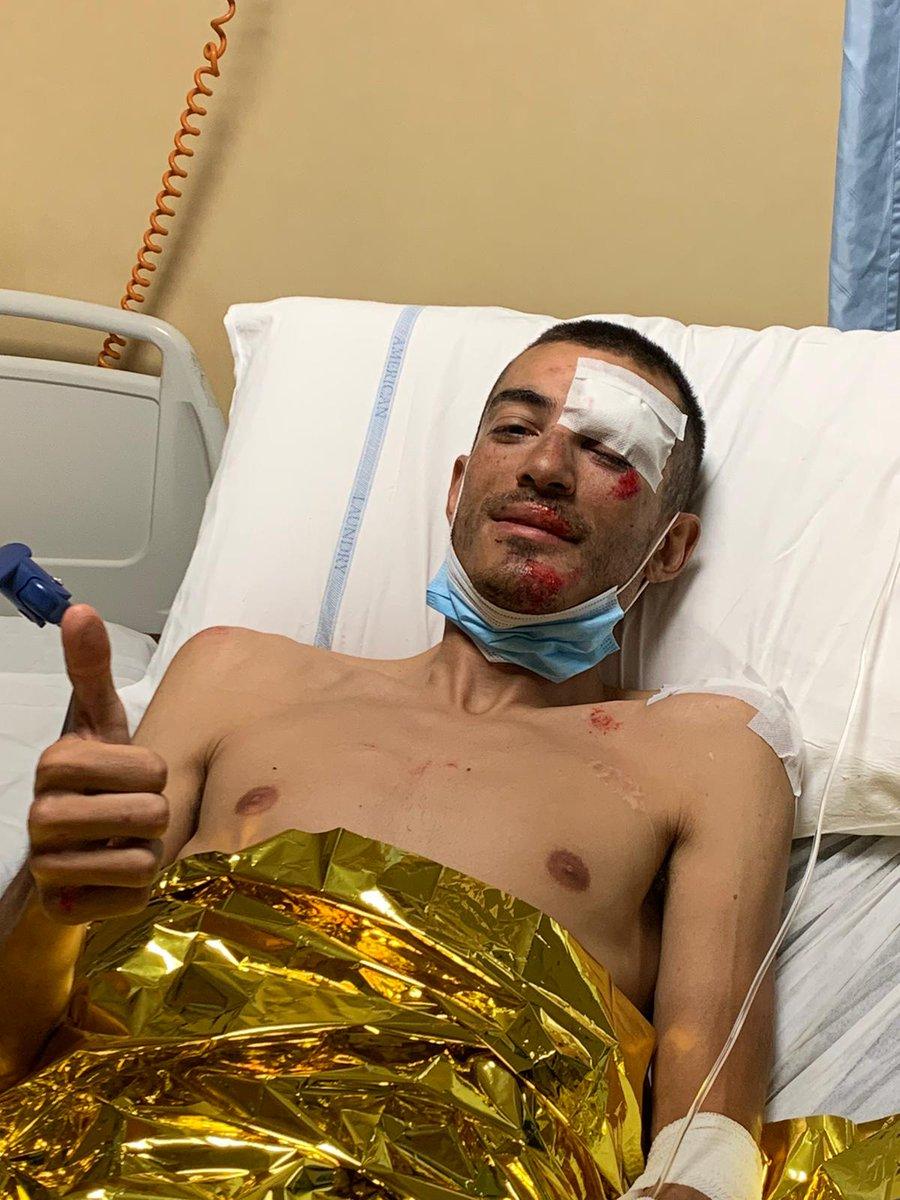 Italian UCI Professional Continental team Vini Zabu-KTM has confirmed that its rider Luca Wackermann sustained injuries including a broken back when he crashed at the end of yesterday’s Stage 4 of the Giro d’Italia after barriers were blown across the road, apparently due to the downdraft from a helicopter taking aerial shots of the sprint.

His Dutch team mate, Etienne van Empel, was also brought down in the incident which happened around 800 metres from the finish line in Villafranca Tirrena, but was eventually able to remount his bike and complete the stage.

In a statement, the team said Wackermann, aged 28 and from Milan, had sustained a broken nose , multiple contusions to his face, chin and right knee, bruising to his arms and legs, and was also left with concussion.

It added that Wackermann had lost “that chance to live a dream vanished because of an episode that could have brought some heavier consequences.”

Van Empel, who is riding today’s Stage 5 of the race in Calabria, said on Twitter: “I am okay. Only some small cuts on my fingers.

“Not really sure what happened but out of nowhere the barriers flew into our group.

“For now my thought are with my teammate Luca and hope some good news will arrive soon.”

Wackermann’s team subsequently posted a picture of him from his hospital bed.

The incident once again puts the spotlight on rider safety following a number of high-profile crashes since racing resumed over the summer, such as Deceuninck-Quick Step rider Fabio Jakobsen’s horrific crash at the Tour de Pologne.

When he crashed, unsecured barriers in the home straight were dislodged, bringing down a number of other riders, and some were questioning on social media last night why the barriers at the Giro d’Italia did not appear to have been tied together.