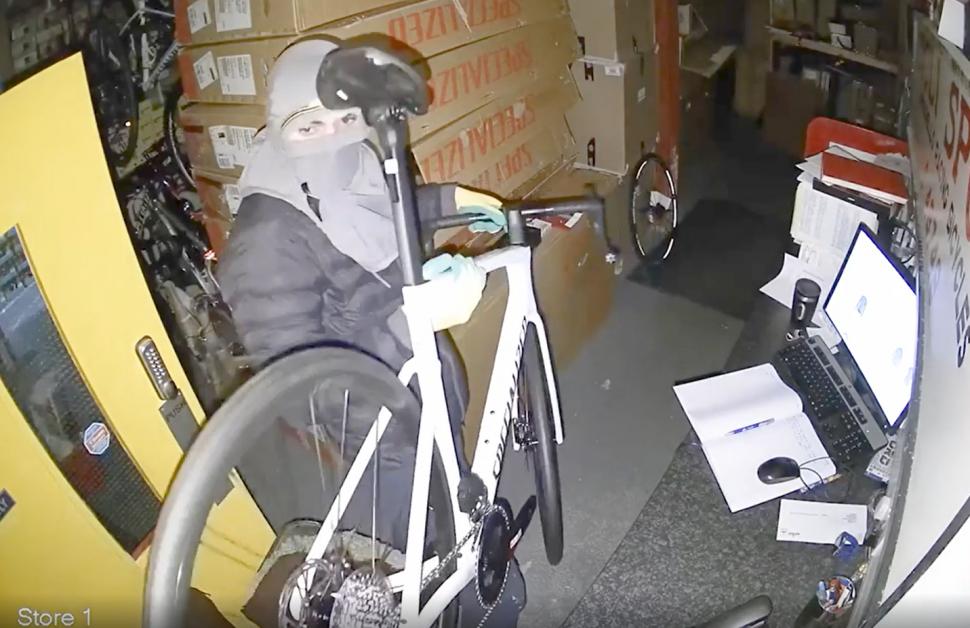 £116,000 worth of bikes stolen in pre-planned raid on family-run shop

The owner of a family-run bike shop in Co Derry has praised the local community for ‘rallying around us’, after thieves stole over £116,000 worth of bikes and frames in a pre-planned raid earlier this week.

13 high-end bikes and five frames were stolen from Jonathan Smyth’s Cicli Sport bike shop in Moneymore in the early hours of Sunday morning.

The stolen bikes include a custom build Pinarello Dogma F, worth over £15,000, and two Specialized S-Works Tarmac SL7s. Smyth believes the robbery was pre-planned as the thieves deliberately targeted the shop’s most expensive, high-end machines.

CCTV footage of the raid, thought to be one of the biggest of its kind in Ireland and possibly the UK, shows the thieves, wearing masks and gloves, seeking out specific bikes before wheeling them out of the shop past a row of houses.

Smyth told the Belfast Telegraph: “It’s devastating. There were 18 bikes [and bike frames] taken, worth £116,400 in total.

“The most expensive was a custom-built bike worth over £15,000 which had been put together for a particular customer with expensive wheels, an expensive saddle and groupset brakes. It was on an expensive frame. Some of the other bikes range upwards of £5,000 apiece.

“The thieves walked past and left the bikes that cost £2,000 and £3,000, so they knew exactly what they were going after.

“We believe they have been in the shop before and we’re looking for them using our stock of old CCTV. Vehicles — at least one van — would have been needed to take away the bikes. The amount of stock they took couldn’t have fitted into a car. This was not a spur-of-the moment robbery. This was planned.” 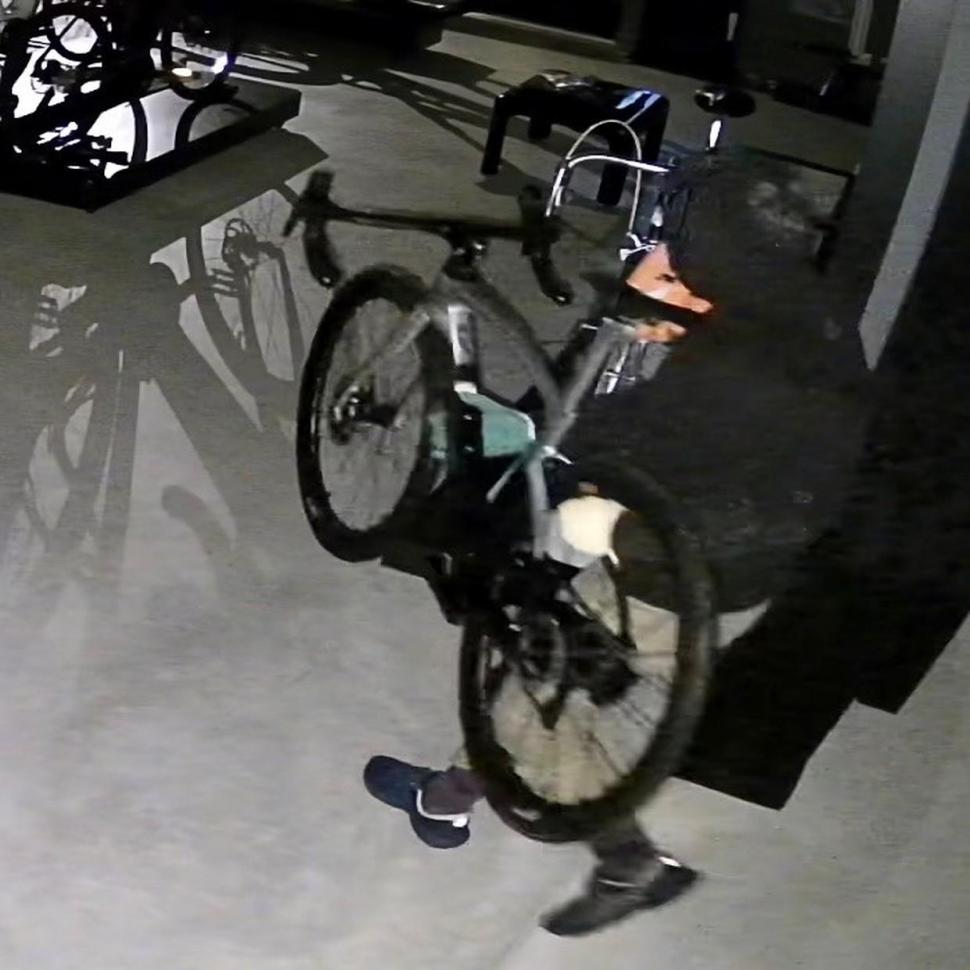 “They were really quite brazen and in and out of the shop for quite some time,” the bike shop owner told BelfastLive, “carrying them two at a time up and down the full length of our street.”

“We’ve put pictures of the stolen bikes on our Facebook page to raise awareness of them.

“They obviously knew where all the cameras and security systems were. In some of the footage you can see one of them holding his finger up and telling the other one to be quiet so no audio would be picked up of them talking.”

Smyth explained that each stolen bike was registered with a serial number, and include frames and parts which are currently difficult to acquire in the current market. A full list of the bikes and their serial numbers can be found on the shop’s Facebook page.

Please share! These are the serial numbers of all of the bikes stolen from us. Please share this post! These guy have stolen not just from our business, but also from our families #stolenbike #familybusiness https://t.co/9qV4g0TPIi

He added: “Other than an attempted break-in years ago, nothing like this has ever happened before.

“As far as we’re aware, there hasn’t been a bicycle robbery of this size in all of Ireland and possibly the UK.”

Smyth also expressed his gratitude to the local community in the village of Moneymore, who have helped out since the robbery.

“These guys have stolen not just from our business, but also from our families who are all devastated. Our business is a pillar of the Moneymore community and the cycling community too with customers travelling from all over Ireland to shop with us.

“Local people have really given us the strength to get through this by sharing the serial numbers and looking at their own CCTV footage so that these bikes can't be moved on. They have all really rallied around us and we're so grateful to them for helping us out.”

Police have appealed for anyone with information about the robbery to come forward by calling 101 and quoting the reference number 348 of 07/03/22.

Cicli Sport was founded almost half a century ago by Jonathan’s father John, who established it as one of the best-known bike shops in Ireland, selling then-exotic Italian brands such as Pinarello.

John’s father Tommy was one of Ireland’s most successful riders in the 1950s, winning Northern Irish and Irish 10, 25, 50, 100 mile and 12-hour titles. Along with Paddy McNeilly, Smyth also set a number of tandem records – including most famously riding the 389 miles from Mizen Head in Co Cork to Co Antrim’s Fair Head in 19 hours 23 minutes.

Great clip from the archives here, Stephen Roche who had recently turned professional after the 1980 Olympic Games visiting the Cicli Sport Shop in Moneymore in 1982.

The robbery in Moneymore follows two high-profile and targeted raids on high-end bike products in recent months. In February 127 Giant electric bikes were stolen from a lorry in England, less than a month after Shimano components for 10,000 bikes were raided by a gang of criminals at a German motorway service station.