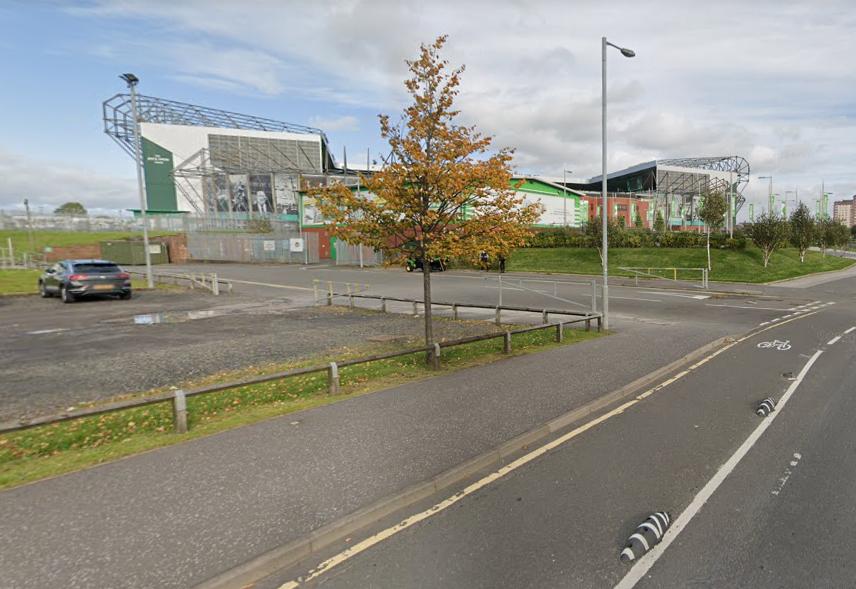 Glasgow City Council is removing Armadillo cycle lane segregators marking out a pop-up protected cycle lane outside Celtic FC’s stadium – to prevent football fans from being injured by tripping over them.

The black and white cycle lane separators were introduced on a number of temporary bike lanes last year under the council’s Spaces for People programme, including on London Road in the city’s East End, to help provide some degree of protection for people on bikes.

The Armadillo separators being removed are on a short section of London Road between the junctions with Clyde Gateway and Springfield Road – with Celtic Park on one side, and the Emirates Arena, better known to cyclists as the Sir Chris Hoy Velodrome, on the other. Work to take them out began on Saturday and is expected to last one week. The cycle lane will remain in place, but no longer with any physical protection.

A spokesman for the city council told the Glasgow Times: “With Celtic Park due to reopen to spectators again shortly, we have looked again at the Spaces for People measures on London Road immediately outside the stadium.

“On review the cycle lane separators used on the cycle route between Clyde Gateway and Springfield Road were identified as a potential trip hazard for fans leaving stadium and have been removed.

“The Spaces for People lane outside the stadium has been relined and remains in use as a cycle lane as part of the extended temporary measures that run along London Road.

“We have just completed a wider, public consultation on whether temporary Spaces for People measures should be retained on a permanent basis.

“An independent engineer will review the responses to the consultation as well as the temporary infrastructure that’s been installed before making recommendations that will be reported back to the council later this year.

“The implementation of any permanent changes to the road system are always subject to the statutory traffic regulation order process,” the spokesman added.

First Minister Nicola Sturgeon is due to address the Scottish Parliament next Tuesday 13 July when she will tell MSPs whether the country’s coronavirus alert level can be reduced to level zero from 19 July – the same day as all restrictions are removed in England.

On 3 August, Sturgeon is expected to be at Holyrood again to inform MSPs of whether the levels of alert can be removed and COVID-19 restrictions ended.