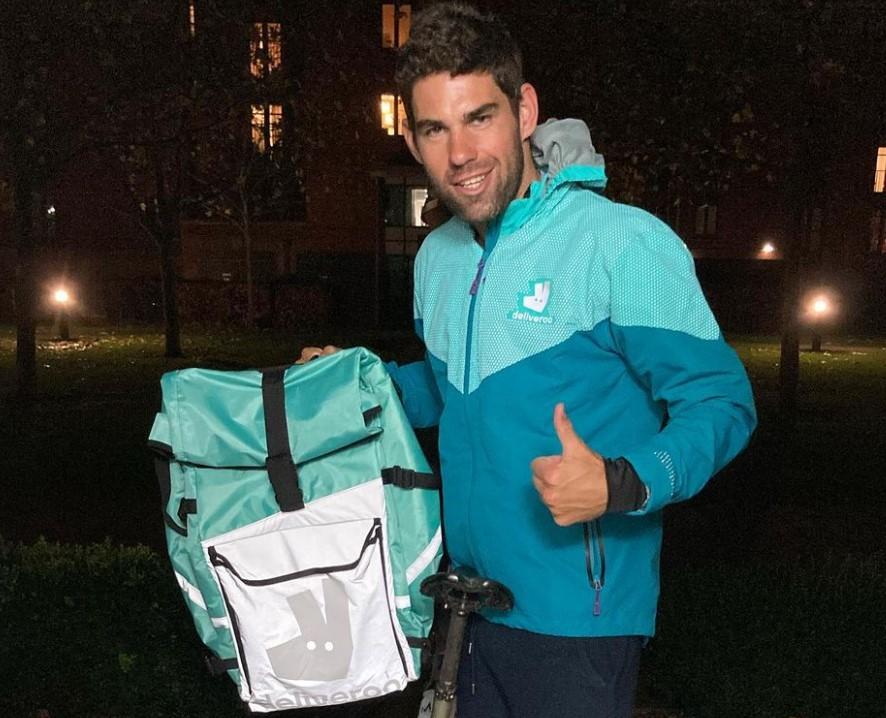 Former national champion and Britain's fastest ever Ironman triathlete challenges other athletes to share how much money they can make delivering meals...
by Simon_MacMichael

Professional triathlete Joe Skipper has turned Deliveroo cyclist to make ends meet during the off-season – and has thrown the gauntlet down to other athletes, professional or amateur, to share how much money they can make when delivering food.

In a post on Facebook today, Skipper, one of the world's best triathletes who also holds the CTT 12-hour time trial record, said: “Times are tough so this off season I’ve decided to take a job as a Deliveroo driver. I can assure you no one will get your takeaway to you as quick as me! Hit me up if you need a takeaway collecting!”

Among those replying was Ineos Grenadiers rider and fellow triathlete Cameron Wurf, who posted an emoji with a hand in the air, asking: “Buttered chicken.”

Skipper, who has won Ironman events in New Zealand, the UK and the US and became the second triathlete behind Kristian Blummenfelt to go under seven hours for an Ironman in a controlled time trial-style event this summer, also said: “I challenge any pro this off season or amateur to see how much you can make in 4 hours delivering food!?”

The Norwich-based triathlete isn’t the only food delivery cyclist who may be able to get your meal to you a bit quicker than you expect – Milton Keynes-based ultra-cyclist Steve Abraham, who several years ago had a crack at the Year Record, now works as a food courier.

It’s not the first time we’ve featured Skipper here on road.cc. In March 2020, shortly after the UK entered lockdown with daily exercise one of the few permitted reasons to leave home, he was criticised on social media after posting a nine-hour ride covering 200 miles to Strava.

And later that year, it was reported at the time that Skipper's attempt at setting the CTT 12-hour time trial record was invalid due to a wrong turn – although it now appears that the record has been accepted, with an official distance of 325.55 miles listed on CTT's website.