Near Miss of the Day 611: A shockingly dangerous overtake by van driver on wrong side of the road as cyclists turn right

Our regular series featuring close passes from around the country - today it's Hampshire...
by Simon_MacMichael

Today’s video in our Near Miss of the Day series shows an astonishingly dangerous overtake of a group of cyclists who are turning right off an A-road in Hampshire when a van driver on the wrong side of the road goes past them – fortunately, with no vehicles waiting at the junction they are turning into, and no motorists coming from the opposite direction.

The footage was filmed on the A287 Farnham Road at the junction with Chalky Lane, which leads to the village of Dogmersfield near Fleet, last Thursday evening by road.cc reader Peter, who told us that “It’s the weirdest and most potentially dangerous one I have been involved in as a cyclist.

“The police have asked for the original video which I have given to them now. Heard nothing since Friday.”

Here’s an image from Google Street View from where the cyclist’s were waiting to turn right, and looking back down the road in the direction the van driver came from. 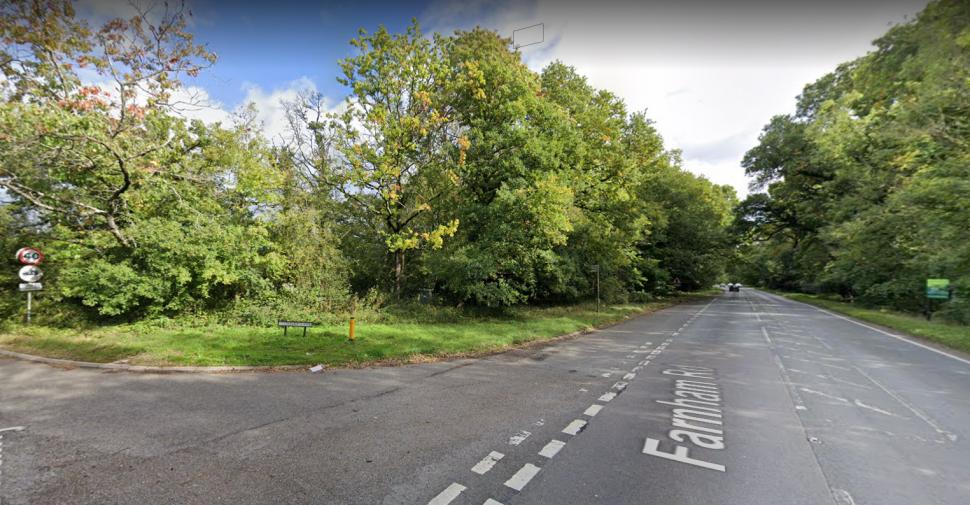 And one particularly chilling thing here, is if as a cyclist you have moved to the middle of a road with this kind of layout to turn off it, after checking there is no traffic approaching from the front, and none coming from the side road, can you say hand on heart that you would then always check over your shoulder for a driver making this kind of manoeuvre? If not, we doubt that belated toot on the horn would have helped.

The vehicle is in the livery of telecommunications contractor Kelly Group, and Peter has lodged a complaint with the company, who replied to him yesterday asking for more details, although he has heard nothing further since then.

“A group of cyclists with myself leading were trying to turn right off the A287 (heading towards Odiham) on to Chalky Lane when your van (HJ17 KAX) committed to a dangerous overtake,” Peter told the company.

“He was so committed to over taking us that he had to use the slip road to Chalky Lane to complete it. Luckily no cars were waiting at the end of Chalky Lane, coming in the other direction on A287 or hitting me (or the other cyclists) during the dangerous overtake.

“One of the most dangerous overtakes I have been involved in as a cyclist which could have led to me being injured or worse.”

Peter added: “What’s ironic is looking at Kelly Group’s Facebook page they talk about having an elite drivers’ scheme and taking safety seriously.”