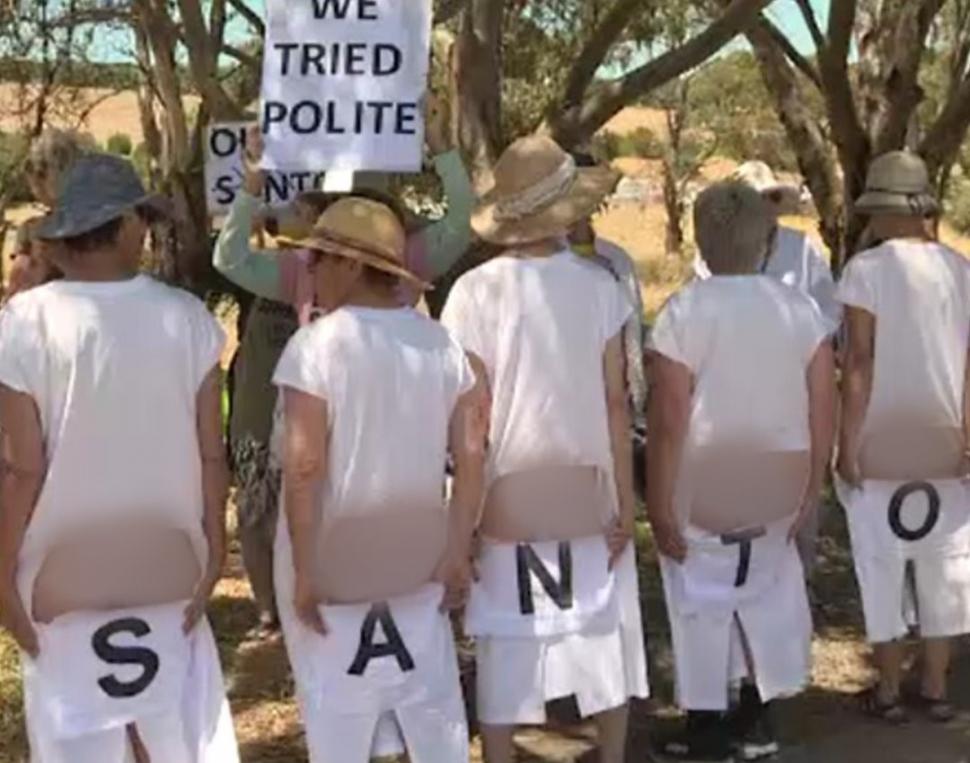 Tour Down Under protest (9 News)

Partially naked pensioners arrested for Tour Down Under protest

"We are baring our ageing breasts and our wobbly bums in the hope of shocking": Extinction Rebellion said the demonstration was over energy giant Santos' involvement with the WorldTour event...
by Dan Alexander

Three partly naked women in their 60s and 70s were arrested at the opening stage of the women's Tour Down Under this morning in Adelaide.

SA Police were alerted to the group while patrolling the Tour Down Under at around 12:30pm local time when they were alerted to a group of people on Main South Road at Noarlunga Downs allegedly exposing themselves.

Extinction Rebellion activists have bared all in a flashy protest against Tour Down Under sponsor, Santos.

Three were arrested over the cheeky demonstration during stage one of the Women’s event at Noarlunga Downs. #9News pic.twitter.com/isyBUGMAem 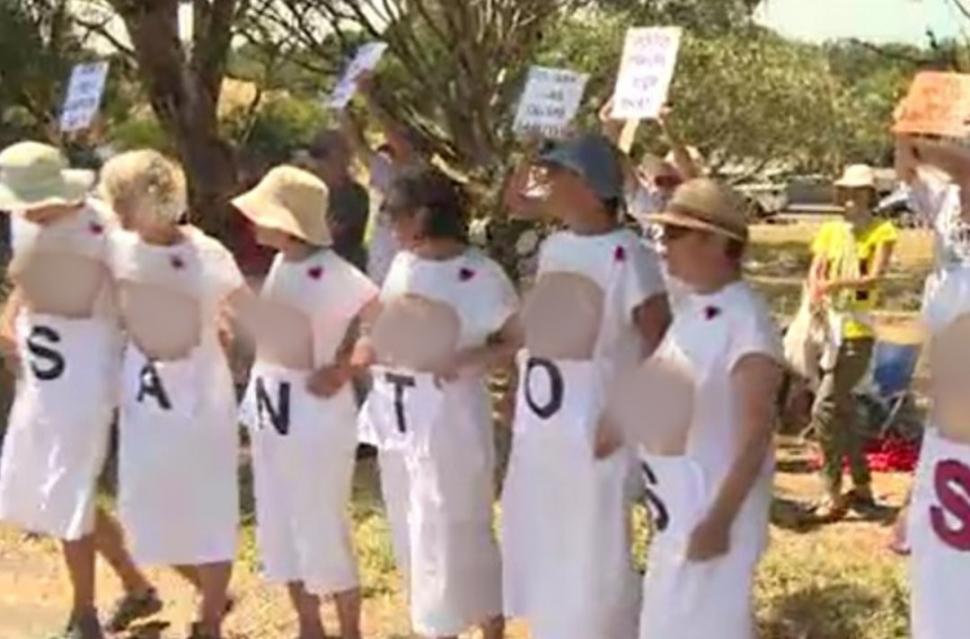 In a statement, climate activist group Extinction Rebellion said protesters were calling for energy giant Santos to be dumped as a Tour Down Under sponsor.

"We are baring our ageing breasts and our wobbly bums in the hope of shocking," one protester said. "Polite pleas and submissions have not been enough."

Earlier this week two women in their 60s were arrested after gluing themselves to a pile of bikes on an Adelaide street in the first wave of Extinction Rebellion's plan to disrupt the return of the race – and, more specifically, to highlight the apparent 'greenwashing' activities of its main sponsor, Santos.

Rebels have glued themselves to a pile of bicycles chained together outside Santos HQ. A trail of fake oil has been poured from the building over the bicycle stack and onto rebels.

Fossil fuels are the new big tobacco. We want them dumped from the #TourDownUnder. pic.twitter.com/7W1qwwe5NF

The two women, aged 67 and 68 and dressed in cycling clothing, were charged by police with unreasonably obstructing the path of a driver or pedestrian after blocking a lane outside oil and gas producer Santos' HQ for half an hour.

Gas and oil producer Santos, which has sponsored the Tour Down Under since 2010, is one of Australia's worst greenhouse gas emitting companies.