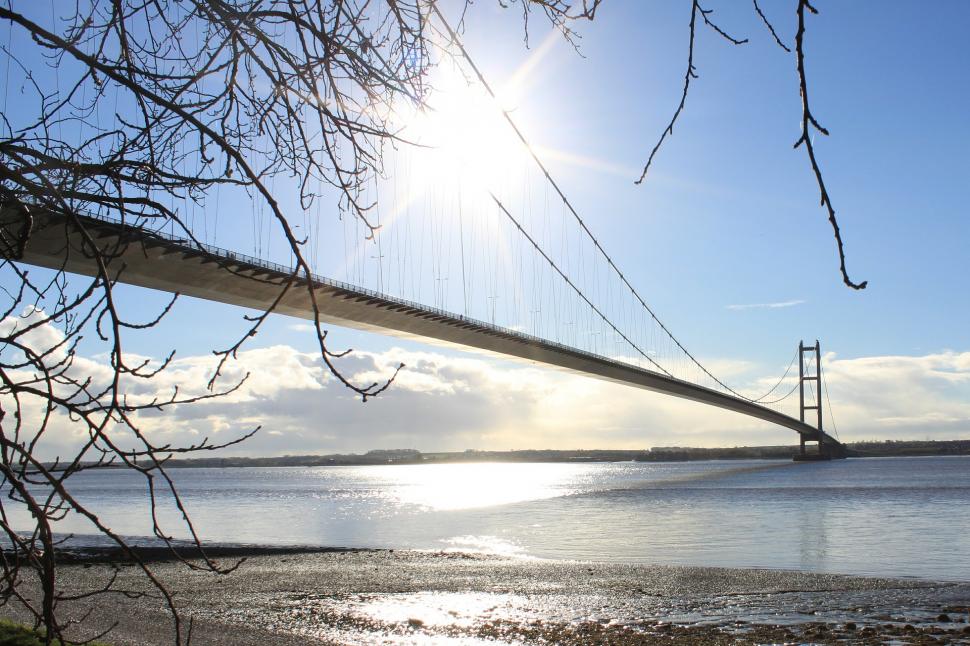 A cyclist has said he received mixed messages when he set out to ride across the Humber Bridge on Sunday – with security staff telling him that, with the footways closed, he could do so using the main carriageway, only for traffic police at the other end telling him he should not have ridden across it.

Meanwhile the owners of the bridge, which spans the Humber Estuary near Kingston-upon-Hull, who closed the footways on Saturday due to an unspecified “recent incident,” have clarified that they did so as an “emergency response” following several recent suicides.

While the bridge remains open to motor traffic, the 60-mile detour to access alternative crossings via bridges over the Trent and Ouse means that people who commute across it by bike or on foot cannot travel to work unless they other means of crossing, such as using their car if they have one, getting a lift from someone else, or taking the bus. 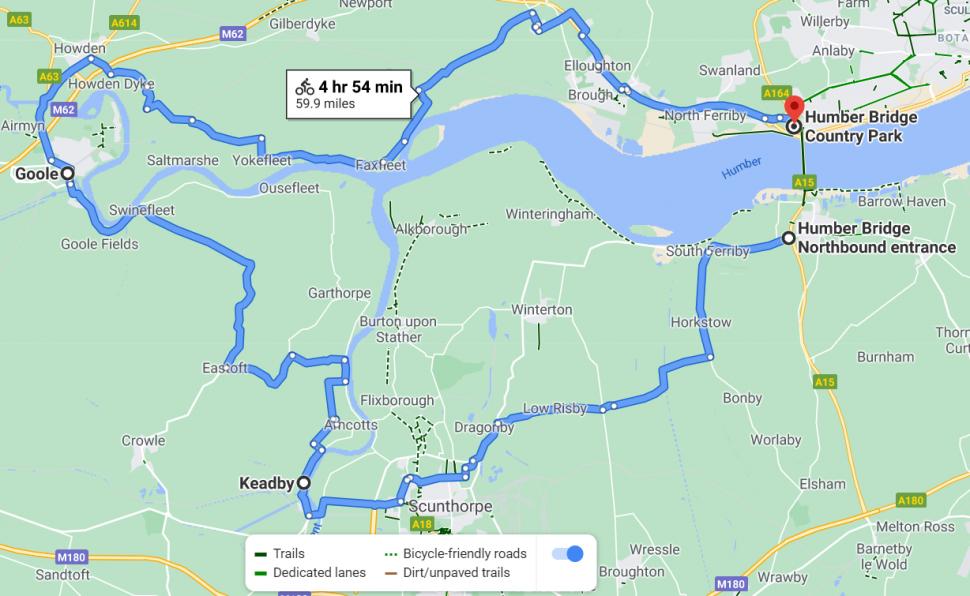 In the description to a video posted to his YouTube channel, Audax cyclist Rikki Lake said that on Saturday evening he had been planning the route of his Easter Sunday ride, including crossing the Humber, when he learnt from the Hull Daily Mail website of the closure of the bridge to pedestrians and cyclists.

“So I rang Humberside Police to clarify their position, the message was clear from them the Humber Bridge is private property we are not getting involved it's not a police matter.

“I also rang Humber Bridge Board to clarify whether they were offering a free shuttle service across the bridge or conning off a lane on the road.  Another wasted call really speaking with the controllers – clearly no-one knew what was going on.

“I showed up ready to ride across, at the ramp I was greeted by someone from security who said if you want to cross they expect you to use the main carriageway.

“So hopping over the barrier a little bit further up I did just that, half way across the bridge, a private security van caught up with me and by the end I reached the other side of the bridge I was being bothered by traffic police.

“They told me I should not have crossed, so naturally I explained how I came to cross over and then proceeded to ask what about people who bikes who commute to work? What is the Humber Bridge Board doing to secure their safety?”

Mr Lake, who in the video said he “wouldn’t recommend” crossing the bridge on the dual carriageway due to the gusts of wind he experienced while passing under its arches, added that he hopes the bridge will be reopened “sooner rather than later – I don’t want to be known as the last person to ride across it.”

In a statement, a spokesperson from the Humber Bridge Board said: “We understand closing the footways has been a controversial decision that has not attracted universal support, but we would like to reassure the public that it has been taken as an emergency response to the unprecedented and deeply troubling events at the Humber Bridge over recent weeks.

“It is no secret that there has been a spate of people – mostly young people from the local area – who have decided to end their lives at the bridge.

“Closing the footways is the most immediate and effective way to prevent further incidents of this nature, and this was our sole consideration when making the decision.

“As well as protecting emotionally distressed individuals, the measure has been implemented to protect our staff and the public.

“When these tragic events occur, our staff are the first responders and have to deal with some extremely distressing and traumatic situations. We have a duty to minimise their exposure to such incidents to protect their mental health and wellbeing.

“The Humber Bridge Board currently spends a quarter of a million pounds each year on measures designed to prevent emotionally distressed individuals from ending their lives at the bridge. Until last month these measures have been largely effective.

“However, the recent tragic events are unlike anything we have previously dealt with, and we are working closely with Public Health, local MPs, local authorities, emergency services, the Samaritans, Hull and East Yorkshire Mind and other stakeholders to fully understand them and assess the future risk. While this is ongoing, the footways must remain closed to the general public.”

The statement concluded by saying that the Humber Bridge Board is “looking at reopening access to commuters as soon as possible, to minimise disruption to those who cycle or walk to work over the Humber Bridge, and we are considering a range of measures to ensure the situation can be effectively managed once the footways fully reopen.”

Alex Holdaway, interim strategic communications manager at  Sustrans, said that the sustainable transport charity’s “role as custodians of the National Cycle Network (NCN) is to care for, improve and champion a long-term vision for the future of the network.

“However, the charity only owns approximately 4 per cent of the NCN, with the majority belonging to various landowners who are ultimately responsible for their own stretch and are able to restrict access as they see fit.

“Our Network Development Manager is in touch with the Humber Bridge Board to establish what the plan is,” she added.