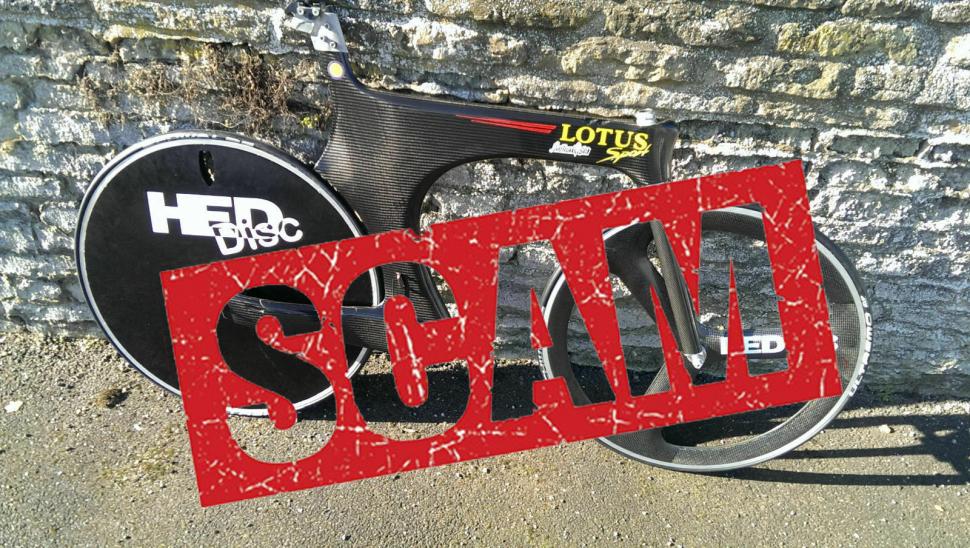 Safe to say we fell for this one...
by Liam Cahill

Well, we fell for this one. Hook. Line. and sinker. What we thought was a rare Lotus 110 TT bike turned out to be a scam.

What were the signs that we missed? The astronomical price might have been eye-catching, but the way the bids have jumped up since this morning suggested that the 'sellers' have been bumping up the price on their own item. Cheeky.

We also received two (now dodgy-looking) emails this morning from someone that said: "I'm not the seller and don't have any connection to it by the way". They just wanted to let us know about the massive price. Hmmm.

The final nail in the coffin came from the Lotus 110 club. They're a 'secret society' (with a Twitter page) for 108 and 110 owners. One of their members bought the bike in question a few years ago and noticed the pictures being used on eBay again.

So, you'll probably want to avoid placing a bid on this one. I'm off to do hill reps as a forfeit for being duped...

We'll leave the article, as it was written, below.

You can place a bid report the advert here

This icon of cycling isn’t even a complete build, but it’s still set to fetch a whopping price.

Back in 1992 (that’s before I was born), Chris Boardman rode to an Individual Pursuit Olympic gold medal in Barcelona. He was riding the futuristic Lotus 108, a track bike designed by Mike Burrows.

Burrows, in his 70s now, was an outspoken advocate of advanced bicycle frame design. He has long blamed UCI restrictions for the lack of development in the bike industry and after seven years with Giant, he switched to making freight bikes. 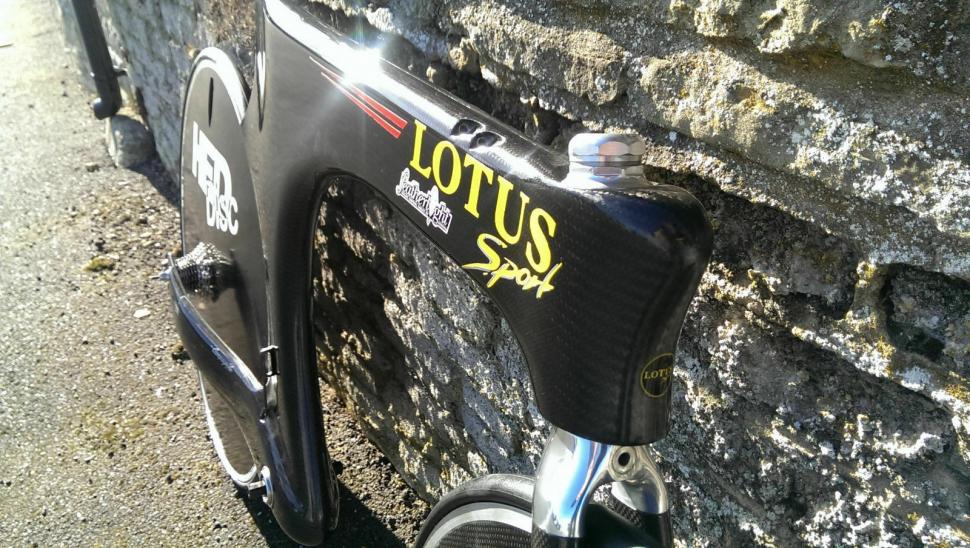 The design has a few iterations and the 110 that we have here is ready to be built into a speedy TT bike. You’ll need to add your own groupset though. The frameset comes with a HED rear disc and a HED 3 Tri-Spoke front wheel, but it'll take some more investment on top of the eye-watering sale price.

While the Lotus design is beautiful and was very fast under the likes of Boardman, the UCI killjoys were having none of it. The design was banned a few years later after the likes of Pinarello had started making similar frames that Miguel Indurain used to win the Tour de France in 1993.

Occasionally, we do see these bikes popping up for sale, but they’re pretty rare. Many have been kept as collector items, though we’re not sure why this particular incomplete bike is fetching such a high price.

Before you do go and chuck around £60k at this bike, you might want to make sure it fits you. The bike measures up with a toptube length of 55.5cm. That is unless you’re intending to simply hang it on the wall as a piece of art. Though we’d say a bike like this deserves to be raced. The seller says that it "has been used hence some scuffs/marks/signs of use but is in generally good and serviceable condition."

The frame features internal cable routing, but how would you finish the build? Would it have to be kept classic with a groupset from the time? Or would you slap on some wireless shifting and treat it to some 3D-printed custom bars?