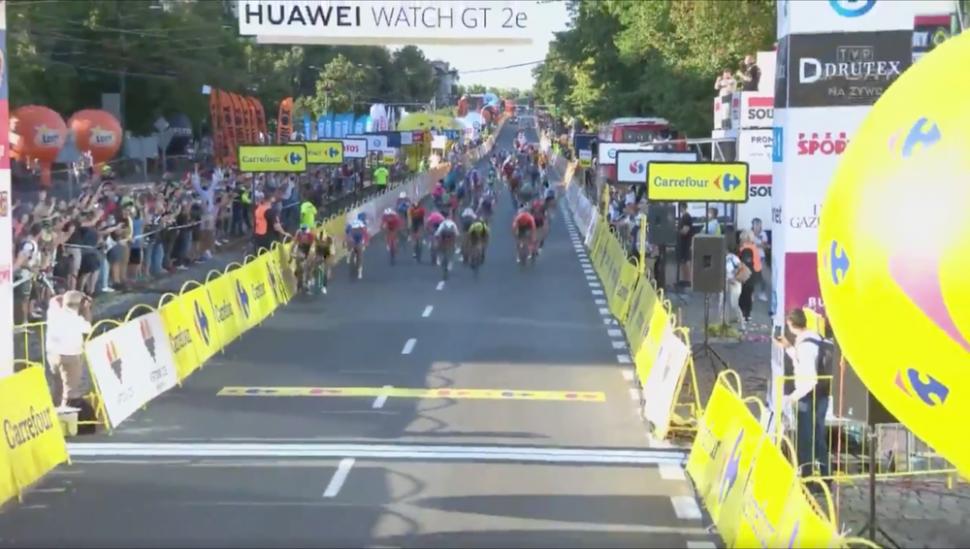 Deceuninck-Quick Step boss Patrick Lefevere has confirmed that his team will pursue legal action against Jumbo-Visma sprinter Dylan Groenewegen over the Tour de Pologne crash that resulted in sprinter Fabio Jakobsen being placed in an induced coma.

The August crash happened metres from the line in Katowice in a fast, downhill sprint. Groenewegen appeared to move across Jakobsen’s line, flicking an elbow to send him into the barriers, which immediately broke apart.

The Dutch rider needed 130 stitches in horrendous facial injuries and was left with just one tooth. He has been undergoing a lengthy course of reconstructive surgery.

Groenewegen has not raced after being suspended for the crash following strong condemnation of his actions from the UCI. Earlier this week, he was banned for nine months.

Speaking to HLN.be, Lefevere said that not only would the team be taking legal action in Poland, but Jakobsen may also file a second suit in the Netherlands.

Commenting on his rider’s wellbeing, Lefevere said: "I was especially shocked by his optimism. He's competitive, wants to return and he's not afraid.

"His jaw now has to heal for three months before implanting can be done and then it'll take another three months for new teeth to be placed. Then we'll be at the start of May. Maybe he can race without teeth before then.

"I'm not a specialist but his breathing and vocal cords seem to be heading in the right direction. Fabio has a lot of scars on his face – he won't be Elvis Presley any more, but knowing where he has come from it's an afterthought."

The crash was one of a number this season where riders were seriously injured and last month the pro riders’ association, the CPA, met with the UCI to discuss a series of safety proposals.

Focusing on a number of areas, the group’s plan offered a withering assessment of race judges which it said were often, “not competent enough to be responsible for a World Tour race.”

Lefevere said he was in favour of having independent experts judge riders’ actions during sprints – ideally former pros.

"I want independent experts to judge them,” he said. “I propose that we make the dirtiest sprinter in history head of the body – the best rangers have often been poachers first.

“The experts have to come from the peloton because anyone who has never ridden a bicycle cannot judge what is dangerous and what is not.

"There are many nuances. A push with the shoulder is not always dangerous; an elbow to the arm is more dangerous than an elbow to the buttock. Rule number one must be that a rider keeps his hands on the handlebars at all times."