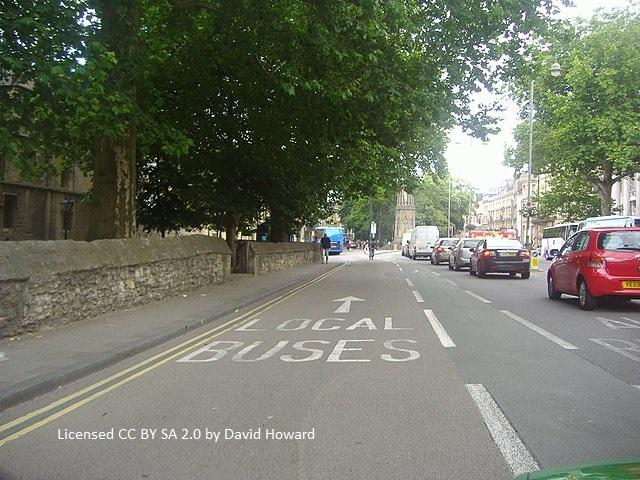 Transport boss tells drivers: “If you’re in a car you’re part of the problem”

People driving into Oxford have been told that if they’re in a car, they are “part of the problem” of the city’s congestion and that they need to take ownership of the issue – by a councillor in charge of the county’s highways.

Like so many other towns and cities throughout the country, Oxford experiences horrendous congestion at peak times, with traffic regularly queueing from the city centre to beyond the ring road.

But despite park and rides located at key approaches to the city, many commuters drive all the way into the centre, resulting in long tailbacks and holding up buses.

As a result, in rush hour, a bus journey from say Woodstock – eight miles north of the city centre - can easily take three times rush hour as it would at off-peak times.

This week has seen especially long delays for some travelling into the city due to gridlock caused by emergency works to repair burst mains by Thames Water on the southern by-pass.

However, Councillor Tim Bearder, the cabinet member for highway management at Oxfordshire County Council, which is run by a Liberal Democrat, Labour and Green Party administration, was clear in where he believes the problem lies.

Speaking to the BBC, the Liberal Democrat councillor said: “We have to own this problem. It's not playing politics to say that we have a fragile network and that the moment anything happens, the moment Thames Water has to replace a pipe, everything grinds to a halt.

“What we have to do is make radical changes to the way we use our network,” he explained. “We have to get back into buses – buses make sense – and if you're in a car in front of the bus you're part of the problem because you're delaying that bus and making it harder for people to get to town in a considerate way.”

It’s refreshing to hear a politician speak so candidly about an issue that to many of us is glaringly obvious.

Namely, that the principal cause of congestion is too many people using cars, often under single occupancy, rather than seeking more sustainable alternatives for their journeys – and then complaining about being stuck in a traffic jam they have helped create.

If we may make one observation on the councillor’s comments, however, it’s this; after Cambridge, Oxford has the highest proportion of regular cyclists in the country, and from the edge of the city, even riding gently, it takes no more than 20 minutes to pedal into the centre – so the lack of mention of cycling as a solution to congestion seems a curious omission.

So yes, by all means encourage people to use the bus, instead of a car – but also, invest in safe cycle routes to get more people on bikes.

The Oxford Mail has published a round-up of readers’ comments on the issue, and as you might expect, views are polarised, as highlighted by the two opposing opinions below.

“If they let traffic use the roads that are there instead of closing them off they wouldn’t be choking up the remaining roads by forcing all vehicles down the same roads,” wrote Pam Walker.

“The eastern bypass never had the traffic jams until they started stopping cars going through town. Now it gets jams even earlier because of the LTNs! It’s madness. We have more cars than we did a decade ago and more roads closed off some of them are direct routes. Surely standing traffic is worse than moving traffic for pollution! As for using public transport. If you are in some parts of the city bus routes are poor.”

In response to her comment, Barry James said: “The idea is to encourage more people out of their cars and to use other forms of transport.

“Removing all LTNs, just like building more roads, will not solve congestion. If you build more roads, more people will use cars and fill them up. Better investment in alternatives (good bus connections, proper cycling infrastructure) is what is needed to encourage people out of their cars.”