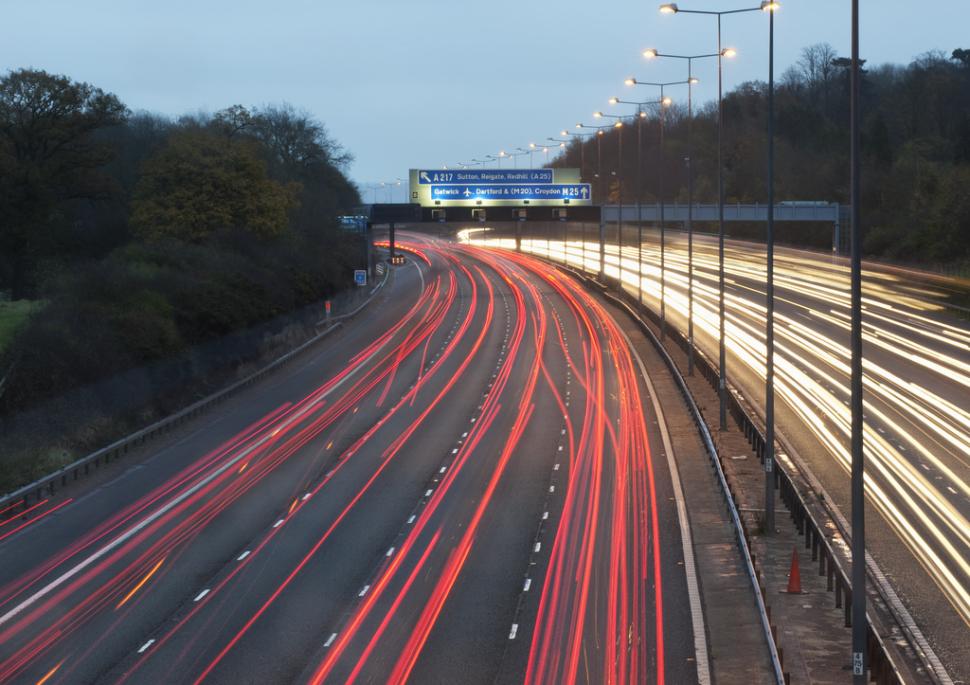 A High Court challenge has been launched against government plans to invest £27.4billion in England’s strategic road network over the next five years, and to invest the money instead in sustainable travel, including public transport and cycling.

The legal challenge is being brought by Transport Action Network (TAN), which argues that the roadbuilding programme – described last month by Chancellor of the Exchequer Rishi Sunak as the country’s “largest ever” – ignores commitments made by the government to tackle climate change.

In an article on Forbes.com, transport journalist and author Carlton Reid says that TAN has instructed the same lawyers that won a Court of Appeal case brought against the Department for Transport (DfT) by environmental campaigners to block the third runway at London Heathrow Airport.

In his announcement last month of the Road Investment Strategy 2 (RIS2), Sunak revealed that the government planned to spend £27.4 billion from 2020-25 on strategic roads managed by Highways England.

That reflected an increase from the £25.3 billion allocated in the draft strategy, which also provided for spend of £3.5 billion on local A roads.

While accounting for just 2 per cent of the country’s total roads network, the major roads managed by Highways England carry around a third of all motor traffic in the country, and two thirds of lorry traffic.

TAN, which is launching a crowdfunding campaign this week to raise £38,000 to pay for its legal costs, insists that the government’s strategy conflicts with environmental laws as well as those aimed at tackling air pollution.

The campaign group is being represented by law firm Leigh Day, which has instructed barristers David Wolfe QC and Pete Lockley, who successfully argued against the government in the Heathrow Expansion case at the Court of Appeal.

Chris Todd, director of TAN, said: “How can the DfT claim to take climate change seriously when it is set to burn billions on the ‘largest ever roads programme’ to make things worse?”

In a statement, the group said: “We now need to go to the High Court to seek a judicial review of the decision to approve RIS2. This will be the biggest ever legal challenge to roads policy in history and the Government will have top lawyers defending it.”

TAN added that it wanted to see the planned expenditure on strategic roads instead “diverted into public transport, rail freight, cycling and walking.”

Leigh Day is acting for TAN. Rowan Smith, an environmental law solicitor with the firm, commented: “Our clients question the appropriateness of proceeding now with Road Investment Strategy 2, which would mean vast amounts of carbon and pollutants emitted into the atmosphere, with inevitably disastrous effects on the environment.

“Our clients are therefore arguing that the government ought to have properly assessed the climate change and air pollution impact of these proposals before going ahead,” he added.

In February, when TAN first said that it planned to take the government to court over its roadbuilding plans, a spokesperson for the DfT told BBC News: “We take our commitment to carbon targets immensely seriously and have one of the world's most ambitious plans for reducing carbon emissions. We have developed our roads strategy alongside this.

“We're also working hard to reduce the environmental impact of cars on our roads, with our ambitious plans to encourage the uptake of battery electric vehicles resulting in one sold every 15 minutes last year.”

The legal challenge, of course, comes at a time when the country is in lockdown due to the coronavirus pandemic, with people urged to stay at home except for essential journeys, and road traffic has plummeted as a result.

With the government pumping money into initiatives such as supporting businesses affected by the coronavirus pandemic, including funding furloughing schemes for employees, it’s likely that at least some of the pledges made by Sunak in last month’s Budget – including the investment in building roads – may need to be revised.