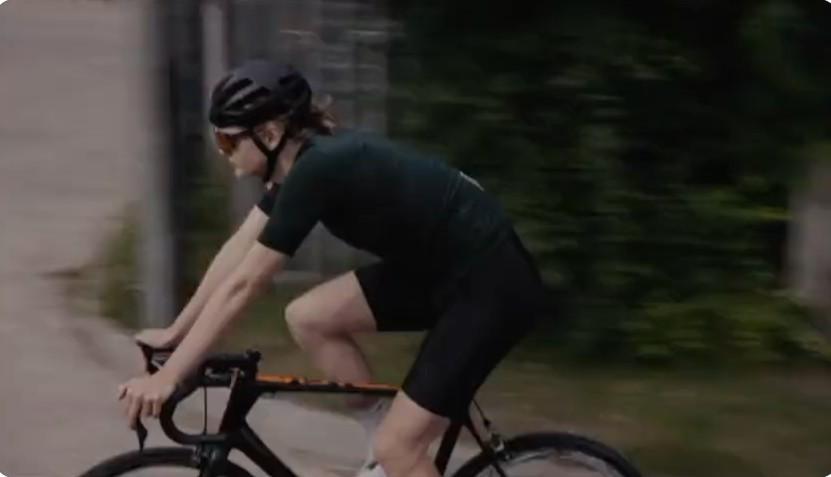 Emily Bridges: Documentary on transgender cyclist to be broadcast on ITV next week

'Race To Be Me' will tell the story of Bridges' unsuccessful battle to compete in the 2022 Commonwealth Games...
by Jack Sexty

Transgender cyclist Emily Bridges is to be the subject of a new documentary on ITV that will be broadcast on Tuesday 29th November. According to PRiDE OUT, 'Race To Be Me' will tell the story of Bridges' attempt to represent Wales at the Commonwealth Games this year, in which she "found herself at the centre of an international storm."

📺🚴🏻‍♀️🏳️‍⚧️ On Tuesday 29 November, elite trans cyclist Emily Bridges’ documentary ‘Race To Be Mẹ’ will be aired on @ITVWales .

It details her battle to represent Wales at the #CommonwealthGames, which found herself at the centre of an international storm. pic.twitter.com/SqenBgAbfT

Bridges came out as trans in 2020, but after she became eligible to compete in competitive women's cycling events earlier this year - just weeks after winning the men's points race at the British Universities' championships in Glasgow - a media storm ensued.

While some current and former elite female cyclists expressed concerns about Bridges' participation - with 2008 Olympic gold medallist Nicole Cooke calling for a separate category for transgender cyclists in April - Bridges herself was not breaking any rules, with her testosterone staying under the permitted level for the required period to race with women as per British Cycling's policy at the time.

Subsequently, though, Bridges was barred from making her competitive debut at the National Omnium Championships in March of this year by the UCI, which meant she was unable to meet the criteria to be eligible for a spot on the Welsh cycling squad at the Commonwealth Games.

British Cycling then suspended its transgender policy, saying the situation at the time was "unfair on all women riders and poses a challenge to the integrity of racing", which meant Bridges was effectively "dumped by email" according to her mother Sandy Sullivan.

In June, Bridges told ITV: "It was incredibly difficult because I knew that my main goal for the season, the Commonwealth Games, was then out of the question because I couldn't race this event, and it was unlikely I was going to be able to race any international events during the Welsh Cycling's set timeframe for the selection. So the Commonwealth Games were gone. I feel a real pride about being Welsh and I wanted to represent my country at the highest level.

"So obviously it came at very last minute, but I'd say that there's potentially a lot of public pressure to stop me racing."

British Cycling has now issued a new guidance document for transgender and non-binary participation, setting itself a deadline of spring 2023 to finalise a new policy.

On social media, Bridges' mother Sandy Sullivan claims that in a "coincidence" British Cycling has now contacted her daughter to be part of the consultation on its new transgender policy, despite allegedly making no contact with Bridges between the suspension of the previous policy and this week.

Sullivan added: They've [British Cycling] set a deadline of 28th Nov, the day prior to documentary for a response.

"I've spoken to other trans cyclists. None seem to have been contacted so have I become that cynical in believing that their communication is nothing more than a PR exercise."

British Cycling would not comment on specific details of who it had contacted for the consultation, but told road.cc: "It is important that this working group considers the views of those who will likely be affected, including female race licence holders and members of trans and non-binary communities.

"This consultation process has begun and will conclude in the New Year. The feedback that was submitted during our previous consultation will also be evaluated as part of the review."