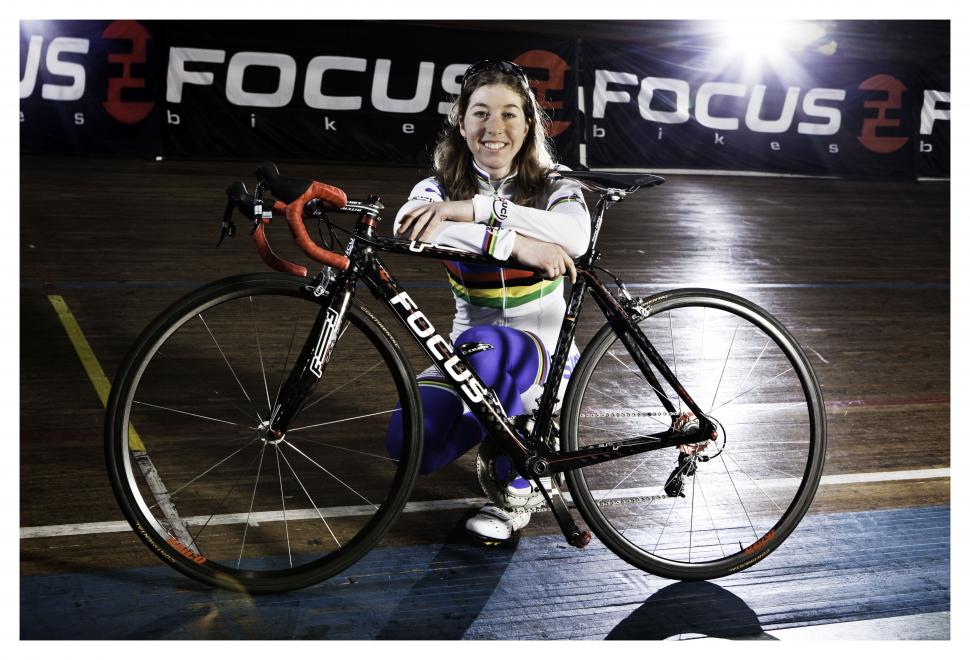 The 2008 Olympic gold medallist says that “there must be fairness to both trans and biological females”, as Pippa York criticises the “endless talk about trans women invading sport… framed as concerns, fairness, safety”
by Ryan Mallon

Cooke’s comments come after Emily Bridges was barred from competing in the female category at this weekend’s National Omnium Championships in Derby. Bridges was set to make her racing debut as a female cyclist at the championships after revealing her struggles with gender dysphoria in 2020 and beginning hormone therapy last year.

Her testosterone levels are now sufficiently low to allow her to compete in women’s events under British Cycling’s Transgender and Non-Binary Participation Policy.

However, British Cycling revealed on Wednesday that it had been informed by the UCI that “under their current guidelines Emily is not eligible to participate” at the championships in Derby.

Despite being a national event, the championships are UCI-controlled – with the results counting towards international rankings points – so Bridges could only race once her eligibility to compete as a female in international competitions is confirmed; a process which is, thanks to the UCI’s complicated procedures, still ongoing.

While Bridges and British Cycling were under the impression that she was to give six weeks’ notice before competing in her chosen event – as long as the required 12 months of reduced testosterone treatments were completed – the UCI actually needs at least six weeks to consider the evidence before granting permission to race, owing to the delay in Bridges’ case.

Writing in the Times this weekend Pippa York, who won the mountains classification at the Tour de France in 1984 as Robert Millar, said: “Her eligibility hasn’t been stamped on by the UCI under the guise of fairness or the laxity of British Cycling — in fact it’s due to the UCI’s complicated process and an unnecessary delay of six weeks to process an email containing the information the governing body requires.

“And even more poignantly, she’s been giving the UCI what it ought to have been looking for in the first place [including numerous blood tests and power data]. Not just a doctor’s note.”

York criticised the “toxic environment” which surrounds Bridges’ case and the position of transgender athletes in sport, which according to her includes “endless talk about trans women invading sport, taking girls’ places, erasing them, denying them a future… Framed as concerns, fairness, safety.”

The former pro, who publicly announced her own transition in 2017, wrote: “Emily isn’t a threat to women’s sport and she isn’t cheating anyone out of their place.

“She’s making her way into womanhood through a different path, which is incredibly difficult even when you negotiate it in private, so to do so in the glare of all the attention she is under is remarkable.

“What’s really galling in talking about this issue is that while everyone is crowing about fairness, safety and all the other stuff, there is a young woman — Emily is 21 — negotiating a medical process that will bring her peace in who she is. She has so many things to learn in so little time.”

While York criticised those who oppose Bridges’ involvement in women’s sport framing the case as an issue around fairness, Cooke claimed this weekend that a separate category should be created for trans women in order to ensure “fair competition”.

Writing in the Daily Mail, the former world champion claimed that “We need a way forward before the count of fractured young women, whose sporting dreams have been smashed by losing in an unfair competition they cannot win, rises to an unacceptable level.”

Referring to York, one of her childhood heroes, Cooke wrote: “Sport centres on fair competition among equals. Ask a welterweight which he would be more proud of – ten wins against a flyweight or one against another welterweight.

“If my cycling hero Pippa had transitioned when she was still competing and I had met her when I was the world's number one female road cyclist, I doubt there would have been a competition.”

She argued that “there must be fairness to both trans and biological females. They must each have their own category so each group can enjoy fair competition on an equal basis. The field in the trans group will be smaller. If the motive to compete is genuine, competing fairly without a circus of discord is surely preferable. It would allow trans athletes to enjoy sport without distraction.

“However, if a trans athlete's true motive is the desire for fame and wealth – to access a subsequent career in I'm a Celebrity, or similar – then a dark path will lie ahead.”

Cooke acknowledged that a separate transgender category would fail to offer the same financial opportunities as other categories, but argued that this is also currently the case when it comes to women’s sport.

Criticising the indecisiveness of sports administrators, Cooke concluded: “A separate category is required. The biological change required for competitive fairness in sport, between both trans athletes and women, cannot be achieved.”