Cyclist riding 1,800 miles to visit the camp where his dad was kept as a prisoner of war

"Dad never sensationalises what happened - when you say to him he’s a hero he says 'there are a million other heroes'...
by Will Bolton

The son of a WWII veteran will embark on a unique 1,800 mile cycling challenge as he retraces the same railway tracks along which his dad was once transported as a prisoner of war.

Richard Stoodley, 60, will be following the same path his father travelled over 77 years ago as he was taken to one of the largest POW camps in Germany, Stalag IV-B.

His dad, Lance Corporal Robert ‘Bob’ Stoodley, now 97, is the last surviving British member of the pathfinders who were dropped behind enemy lines on the eve of the D-Day landings to mark the way for paratroopers following closely behind. 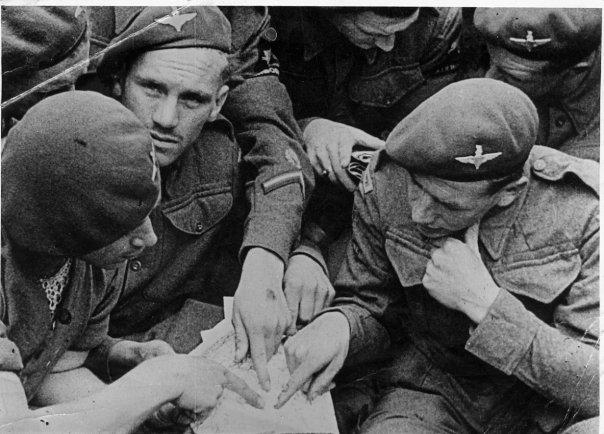 After being captured by a tank unit, LCpl Stoodley was taken on a harrowing journey across Europe by train before eventually escaping and making his way back to England.

77 years ago at 23:10 on 5th June 1944, four Albemarle Aircraft took off from RAF Harwell near Didcot, Oxfordshire heading for Normandy.

Their mission was to secure the drop zones and deploy Eureka Radio Beacon and Landing Lights to guide in the main Paratrooper battalions from the 6th Airborne division – 8th Para – whose job was to destroy bridges on the River Dives, east of Caen and protect the main D-Day invasion.

Richard, a regular hill climber who only began cycling nine years ago, explained how aged just 20, his dad leapt out of the aircraft on D-Day into the unknown.

LCpl Stoodley before the jump

His dad successfully deployed his Eureka Beacon and guided in the the approaching paratroopers who then moved on to carry out their own missions.

Shortly after they left, an enemy tank unit approached the drop zone.

Richard, known by his friends as 'Rapid Rich', continued: "It was crucial that the Eureka Beacon would not be captured and compromised by the enemy so my dad destroyed it, but in doing so gave up his own position where he was then mortared in a ditch, blown up and injured.

"He was captured and tied to the back of the armoured vehicle which was then fired at (and hit) by his own side not knowing my Dad was on it.

"The tank driver turned the vehicle round to reverse out of the area under fire and my dad believes this saved his life."

It was then that Richard's dad's long journey across war-torn Europe began.

He was first taken to a French Chateau and interrogated by the SS.

"When I do the route, I'll be staying at that same chateau as we managed to find the same one my dad was interrogated in,"  Richard said.

He added: "The people who look after it have invited me to stay and put me up for the night.

"77 years later I’m just hoping they treat me a little bit better than my dad was treated."

Following the interrogation, LCpl Stoodley was sent to a POW Hospital in Rennes for treatment before being transferred to the main Rennes POW camp. 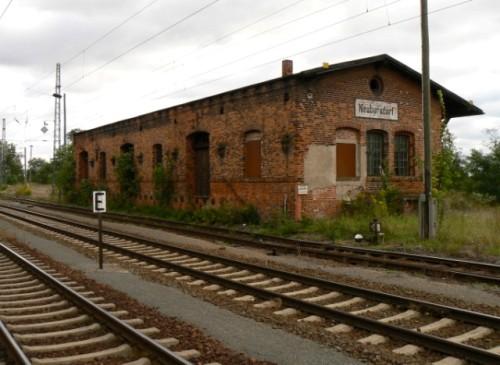 One of the stations along the route

Richard, who works as an auctioneer, continued: "Along with about 600 other POWs, he was loaded onto a train, not knowing where he was going and transported in appalling cramped and unsanitary conditions to Stalag IV-B – the biggest POW camp in Germany – just south of Berlin.

"We think this was one of 2 POW Trains from Rennes, this one on 5th July and the second left on Aug 3rd."

The journey took around 23 days and the train was forced to move largely at night.

Allied aircraft targeted the train believing it was carrying enemy supplies and many of the prisoners being transported inside the box cars were killed by accident.

The wooden box cars they were kept inside were usually used to carry livestock and the only windows were high up on the walls leaving the small containers dark and airless. 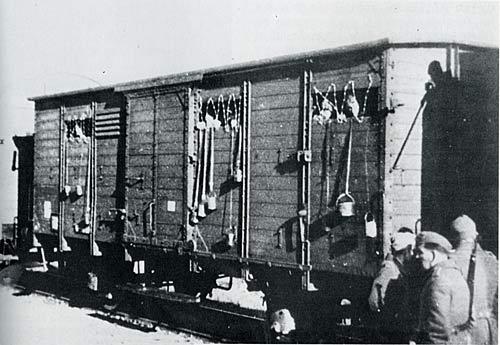 One of the boxcars

The prisoners were only provided with meagre rations of 'black bread' and were forced to drink dirty water and share one 'bucket' between 40 men.

In 1945 the Stalag was ‘liberated’ by the Russian Army, but POW’s remained incarcerated under new but more relaxed control.

"My Dad with his friend he had met who eventually became his best man, managed to escape and make their way over the destroyed bridge over the River Elbe at Torgau into the security of the advancing allied forces", Richard explained.

Now, 77 years later to the day, Richard will make the journey by bicycle following the 1,800 mile long route as closely as possible.

A rough outline of the route

He said that while at first his dad had his doubts about the ride, the more they have planned it together, the more he has begun to enjoy the process.

He added: “The more I have spoken to my dad about it, the more his memory has come back with so many little stories, little gems of information that I can revisit for him - so he’s really looking forward to it." 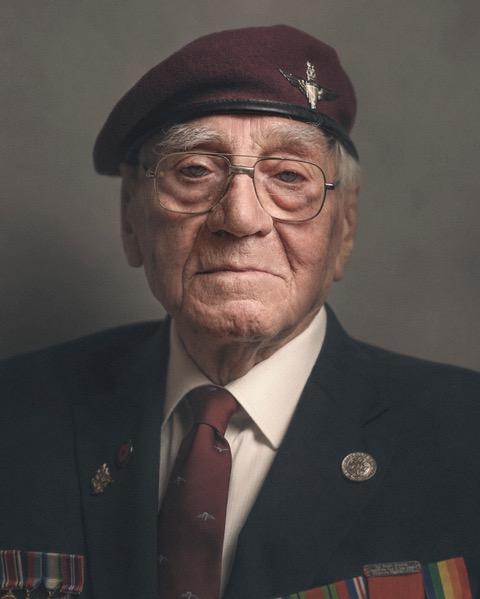 Richard's route will go mainly along roads 'shadowing' the old train lines, but there are large sections where the old railway tracks have been turned into gravel paths and wherever possible Richard will use these.

He said: "All in all the route will be about 1800 miles and I aim to carry this out over about 21 days averaging about 90 miles per day.

"The exact train route is unknown as many detours would have been in place due to destroyed lines and bridges, but with my dad's 97 year old memory, Google Maps and the help of an American historian (whose Uncle, a captured B52 Gunner was on the 2nd Train out of Rennes) and her research, I have planned a route that will take in as much of the route as possible even though some can only be the best estimation.

"I am doing this for myself and my dad who is the only remaining British Pathfinder."

Richard said that while the route will be demanding, the journey was more about the story and wherever possible sticking to the disused railway tracks.

He added: "My biggest rides so far has been 217 miles in a day and I did 201 miles solo and have done countless centuries.

"I hope that this trip will help educate and remind others of just what these brave men and women did for us all those years ago and maybe help make people appreciate and reflect on how lucky we all are today." When Richard sets out on 5 June, the same day his dad left for France in 1944, will partly be riding to raise money for the charity Support Our Paras and asked anyone inspired by his journey to donate here.

Richard was also keen to point out that his dad never wanted anyone to praise him for what he did in the war.

He said: "Dad never sensationalises what happened - when you say to him he’s a hero he says 'there are a million other heroes'.

"I think all veterans say that - the real heroes are the ones that didn’t come home.

"The guy that jumped out of the plane behind my dad was called Paddy O’Sullivan.

"He and a German soldier shot and killed each other.

"So, on that first day in Normandy, my first stop will be to go and visit his grave."

Richard will set out on 5 June, Covid permitting, and you can follow updates on his Instagram page.