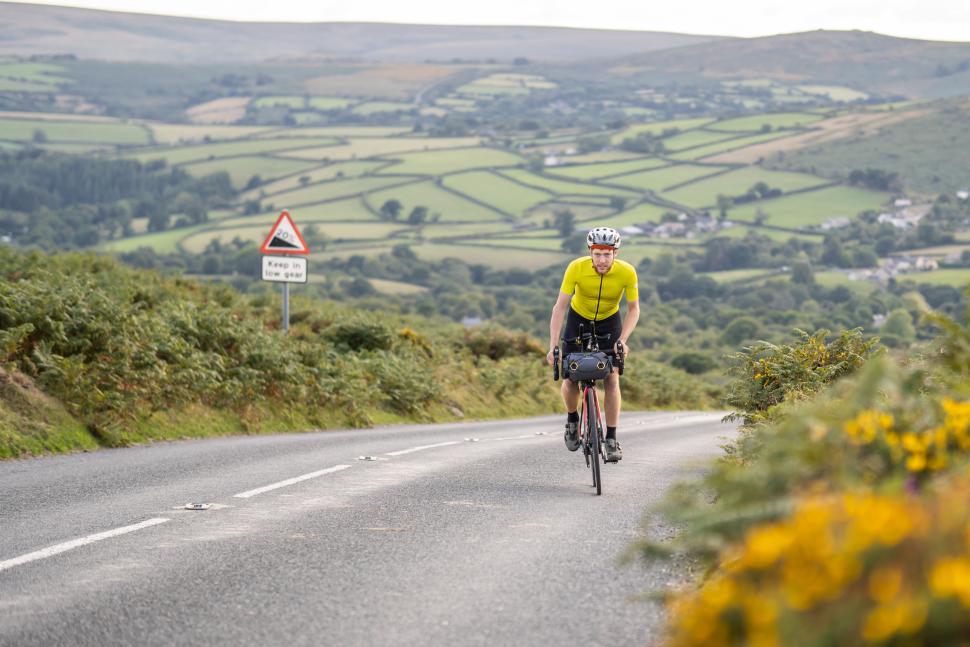 Inspired by Lachlan Morton’s solo lap of France last year, Ceri Middleton will ride 2,400km from Aberdeen to the Isle of Wight to raise money for mental health charity Mind
by Ryan Mallon

This year’s Tour of Britain, which starts on Sunday in Aberdeen, promises to be another cracking edition, featuring eight relentlessly lumpy stages that will no doubt prove the catalyst for some aggressive, attacking racing before a final ground-breaking hill-top showdown on the Isle of Wight.

While the pro peloton will certainly find the going tough over the next week, it could be worse: they could be riding the route – and the race’s notoriously long transfers – solo and unsupported, carrying everything they could possibly need on their bikes…

Well, that’s what endurance cyclist Ceris Middleton will be bravely taking on as he aims to emulate Lachlan Morton’s solo Tour de France last year by riding his own ‘Alt Tour of Britain’ ahead of the pros.

Middleton – who finished joint second at July’s Pan Celtic race, a 2,600km solo trek through Wales and Ireland – will be riding all eight stages of the Tour along with its seven transfers, totalling over 2,400km and 22,000m of elevation, to raise funds for mental health charity Mind.

The adventure cyclist says he was inspired to take on the daunting challenge after keeping tabs on Lachlan Morton’s unsupported ‘Alt Tour de France’ last July.

The Australian EF-Education EasyPost rider, famous for his fondness of off-road and ultra-distance pursuits, completed the Tour’s entire route and transfers five days ahead of the peloton, with Tadej Pogačar, Jonas Vingegaard and co. managing a measly 3,071km compared to Morton’s mammoth 5,509km.

Morton managed his attention-grabbing – and exhausting – feat by riding 12 hours a day, sometimes in crocs, on a bike three times the weight of his EF teammates, thanks to the bikepacking setup required to sustain his unsupported jaunt around France.

To reach the Isle of Wight next Sunday ahead of the peloton, Middleton is aiming to cover 400km a day.

“I will be riding the event completely unsupported, carrying everything I need on the bike, including a sleeping bag and bivy,” he tells road.cc.

“I am aiming to raise £1,000 for the valuable mental health charity Mind, which provides much needed support.” The Tour of Britain’s organisers, and their fondness for idiosyncratic routes, certainly haven’t done Middleton any favours – on no fewer than three occasions, the ultra-distance cyclist will ride the 100-odd miles south to the next start town, before immediately turning around to head back up north for the stage finish.

Middleton is yet to confirm, however, whether he will fully emulate Morton and take on any of the stages in crocs…

You can keep up to speed with Middleton’s attempt to beat the pros at the Tour of Britain on his website. Donations can be made through the cyclist’s JustGiving page.