This year’s race picks up where the 2021 edition left off in Aberdeen and finishes on the Isle of Wight, as the tour’s comms team continue to do God's work by shooting down complaints about the route...
by Ryan Mallon

The 2022 edition of the Tour of Britain will feature both its most northerly start and most southerly finale, as the race ventures from Aberdeen to the Isle of Wight over eight stages of tough, attritional racing – with the overall battle set to rage from the first stage to the last.

Taking place between 4 and 11 September, this year’s lumpy, constantly testing route cements the Tour of Britain’s recently acquired status as ideal preparation for the world championships, with all but one of the eight stages packing in at least 2,000 metres of climbing.

Picking up where last year’s race left off, the grand depart will take place in Aberdeen before the first opening day summit finish in the Tour of Britain’s modern history, finishing at Glenshee Ski Centre. While the 9.1 kilometre long Old Military Road from Auchallater is steady – the final five kilometres average 4.8 percent – it will nevertheless ensure that the favourites for the general classification have to be on their toes right from the start. The race will then traverse across the now-familiar roads of the Scottish Borders, hosting the Tour for the second time in three years, for a debut finish in Duns, before crossing into England for stage three between Durham, remarkably the first time that the city has held a stage start, and Sunderland. 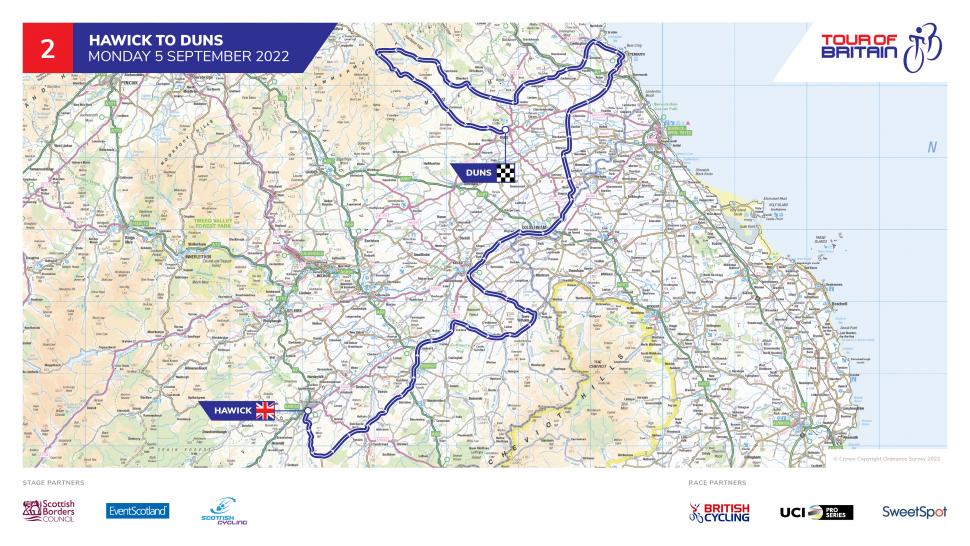 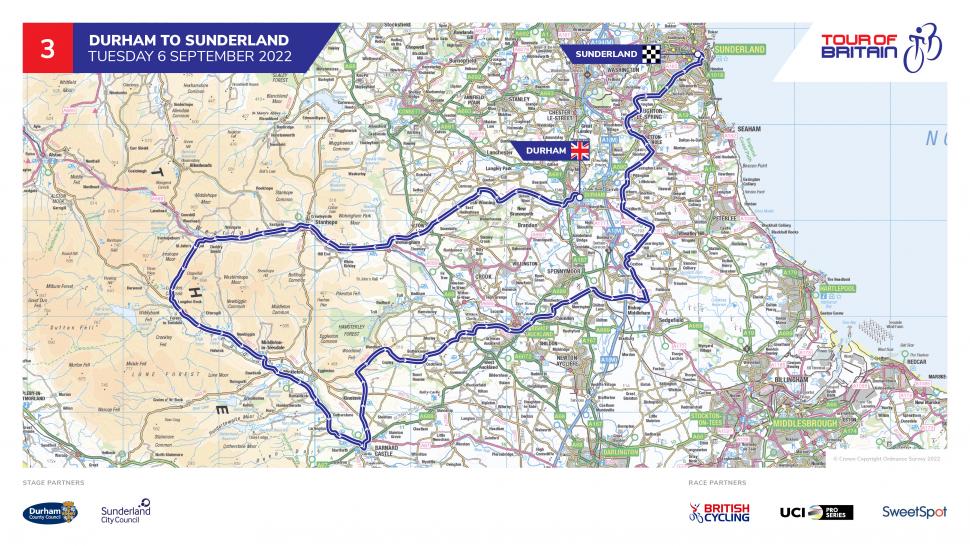 Stage four from Redcar to Duncombe Park in Helmsley marks the race’s long-awaited return to North Yorkshire after 13 years, and will play a crucial role in deciding the overall winner – the final 30 kilometres take in the climbs of Carlton Bank (two kilometres long at a gruelling 9.8 percent average gradient) and Newgate Bank (two kilometres at six percent) before the descent to the finish. 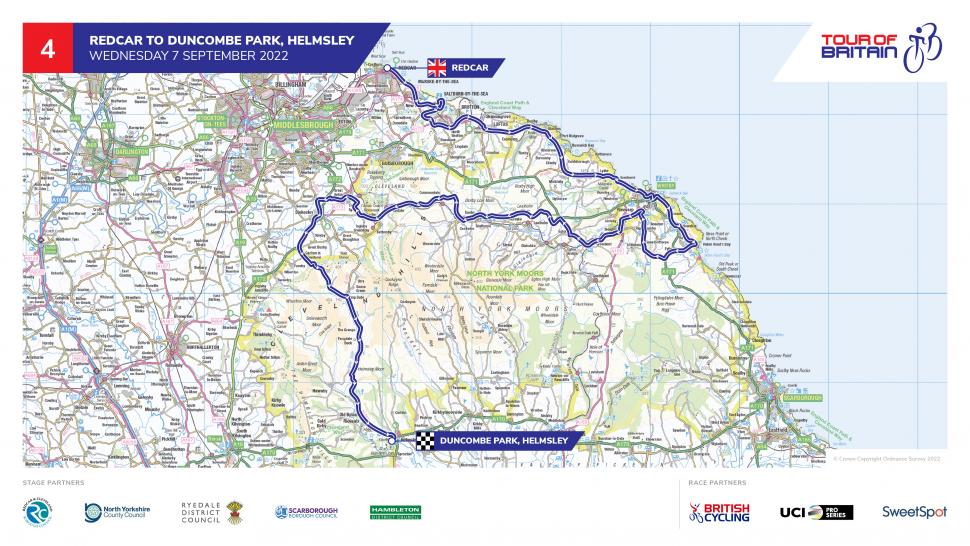 After a brief respite from the relentless climbing on stage five in Nottinghamshire, the route heads south for a first-ever full stage in Gloucestershire and a scenic coastal run in Dorset the following day. 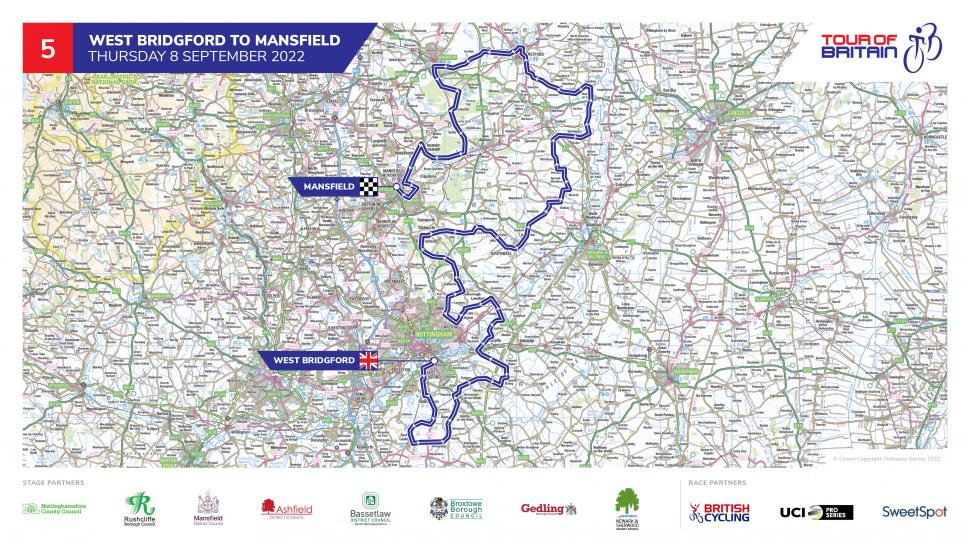 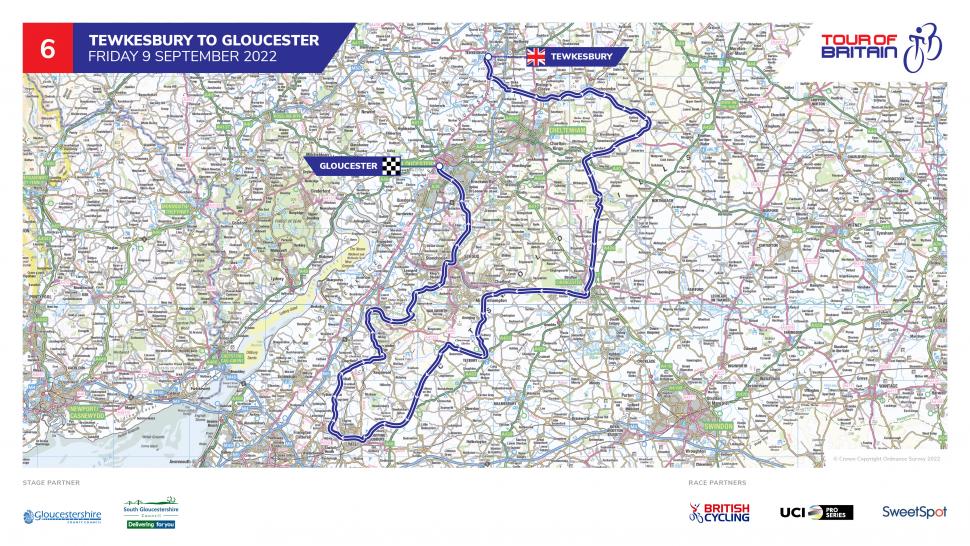 The Tour will then conclude as it began with a hill-top finish, during what the organisers are calling the “biggest-ever sporting event to take place” on the Isle of Wight.

The final stage’s spectacular 150km route from Ryde promises to offer stunning scenery across the English Channel and towards the Needles rocks as the peloton races along the breath-taking Military Road. After gorging themselves on the natural beauty, the riders will then take on the hardest finale the race’s modern iteration has seen – the two kilometre climb up to Tennyson Down, with pitches of ten percent in the final 400 metres. 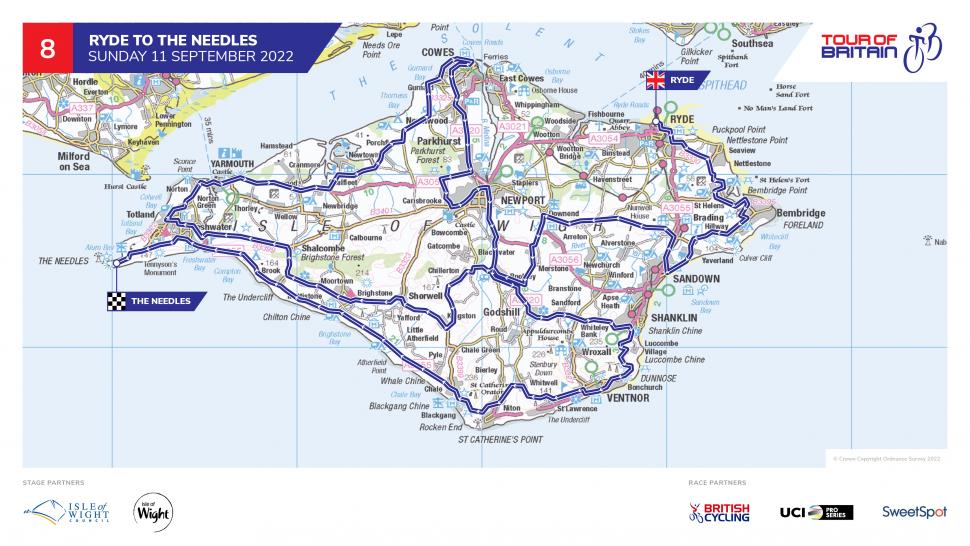 The organisers will be hoping that this year’s event, and its gruelling finale, can emulate the 2021 edition’s to-and-fro GC battle between eventual winner Wout van Aert and Ethan Hayter, with the Belgian champion only wresting the leader’s jersey from Hayter’s shoulders on the final day.

A great race that is only growing bigger. Properly tough course this year with the grand finale on roads I used for training on the Isle of Wight. https://t.co/tYkk19fUpq

“As promised when we unveiled the Tour of Britain’s host regions in February, this year’s race features a number of surprises, none more so than hill-top finishes to start and end the eight days of world-class competition,” said race director Mick Bennett.

“Creating a route that encourages aggressive racing and brave tactics from day one will enhance the reputation of the race, leave the one million plus spectators watching on in person for free with long-lasting memories, showcase the stunning beauty of our host venues, and repeatedly entertain a worldwide audience.”

As ever with the Tour of Britain, you can’t please everyone and today’s route announcement – as we even saw following February’s teaser – has inevitably drawn complaints from fans struggling to understand why the race won’t be passing their front door.

Fortunately, the Tour’s comms team has long since proven it is up to the task of dealing with online moaners:

Don't forget that the Four Days of Dunkirk race takes place over six 😏 Also, Wales' commitment to supporting cycling in 2022 comes in the form of @thewomenstour in June, more details of which are being released next week.

Most fans, however, are a touch more understanding:

Is there turning room for 100+ cyclists and the convoy? Asking for a route director friend...

Our work here is done!