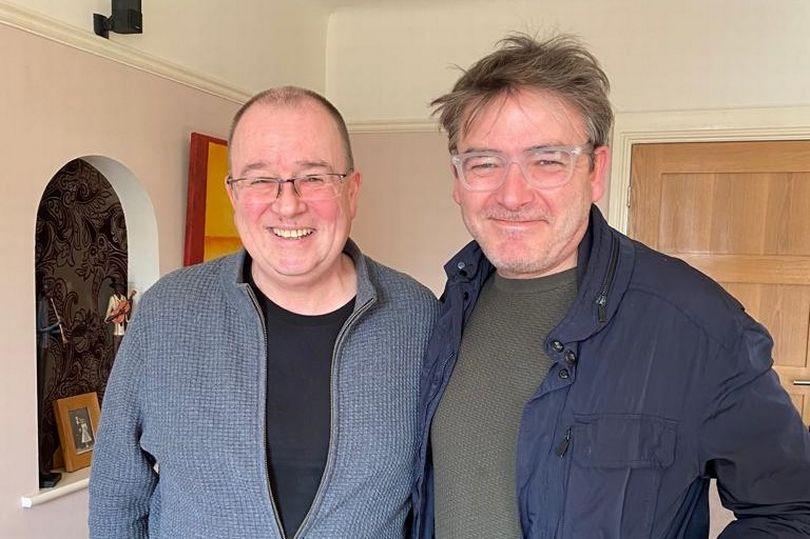 Steve Lyth, from Ellesmere Port, says “it is a miracle” he survived after collapsing on his bike
by Ryan Mallon

A cyclist whose heart stopped for eight minutes before he was resuscitated by a passing driver was told by doctors that he had a one percent chance of survival.

61-year-old Steve Lyth had just left his home in Ellesmere Port, Cheshire, for a bike ride last week when he collapsed after his heart stopped. Driver Niall Fitzgerald, who has 20 years of first aid experience, “stumbled upon the scene” and used a nearby school’s defibrillator to revive the cyclist.

Due to a history of heart disease, including problems with arterial fibrillation and two heart attacks which resulted in a quadruple bypass in 2019, Steve started cycling with his friend Dave Bush twice a week to help improve his fitness and general health.

The pair were heading out for a ride last Tuesday when Steve’s heart stopped while on his bike.

"Dave was showing up to mine for our bike ride. We were leaving about an hour earlier than usual,” Steve told the Liverpool Echo.

"He turned the corner, said 'good morning', I replied and then my brain basically said to me 'you're going'.

"It felt like somebody turning the lights out. Everything switched off. My Apple Watch showed that my heart went from 90 beats per minute to 129, almost like there was a genetic code which said ‘fail’ and that’s what the heart did."

After lifting Steve from his bike, Dave began immediately performing CPR on his friend. Niall Fitzgerald, who was driving past, noticed what was going on and, according to Steve’s wife Gaynor, “took over”.

"It was extremely lucky,” she said. “Niall said he wouldn’t normally be going that way or pass at that time, but because there was a traffic jam on the main road, he diverted down and came down our road.

“He came and asked if everything was alright. He took one look at Dave's face and knew that something was wrong.”

Niall performed mouth-to-mouth resuscitation and three rounds of chest compressions on Steve before a defibrillator was brought from the nearby Christ Church primary school. Three charges from the defibrillator managed to revive Steve, eight minutes after his initial collapse.

He was then stabilised by emergency service staff before being taken to Countess of Chester hospital. Steve was later transferred to Liverpool Heart and Chest Hospital, where he was fitted with a dual implantable cardioverter defibrillator (ICD).

Both Niall and Steve believe that a range of coincidental factors – that the two cyclists left an hour later than usual, that Niall was delayed and diverted by traffic, and that school staff were able to quickly supply a defibrillator – all combined to ensure that the cyclist is still here today.

Niall said: "I was running later and there was quite heavy traffic, so I decided to go down another route and that’s when I stumbled upon him.

"I’ve been doing first aid for 20-odd years and I’d just done a refresher. The stars were aligned that day. It was a mad event and I'm just happy to see him alive."

Steve concluded: "Niall was told by the ambulance crew that, because I’ve had my previous bypass, there was a one percent chance of resuscitation.

"For me to survive, every single piece of that jigsaw - the time, the people, the equipment - it all had to be there in a matter of minutes and it was.