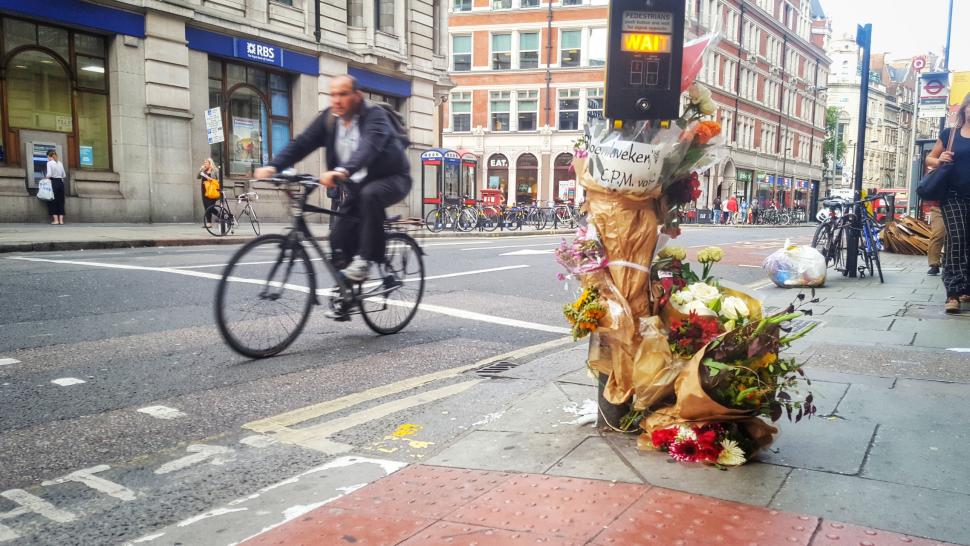 A cyclist was killed this morning in a collision involving a HGV at a junction on London’s “infamously hostile” Holborn gyratory, where seven other people have been killed riding bikes since 2008, all in crashes involving large vehicles.

The crash happened shortly after 10am this morning at the junction of High Holborn and Procter Street, near the Tube station entrance. Despite the best efforts of doctors and paramedics, the cyclist – a woman in her 30s – was pronounced dead at the scene. No arrests have been made.

The junction forms part of the notorious Holborn gyratory, where safety measures announced in late 2019 by Camden Council were put on hold after the Transport for London (TfL) Liveable Neighbourhoods programme was frozen.

Eight people have now been killed riding their bikes since 2008 at or very close to the scene of this morning’s fatal collision. In 2013, Alan Neve was fatally struck by a lorry only yards away from today’s crash.

In August 2018 Dr Peter Fisher, the Queen’s homeopathic physician for 15 years, was killed in a crash involving a lorry just outside the Underground station while commuting to work.

“Immediate” safety measures were introduced by the council in September in response to Dr Krawiec’s death, which aimed to provide more space for people on bikes. A month later, 7,500 people signed a petition urging London Mayor Sadiq Khan to “take rapid action on dangerous junctions” in the city.

Work began in January on a permanent overhaul of the road layout, including new segregated cycle lanes, bike boxes, bus, taxi and cycle lane improvements and a redesigned traffic light system for cyclists.

“We were called at 10:06am today to reports of a road traffic collision involving a cyclist outside Holborn Underground station,” a London Ambulance Service spokesperson said.

“We sent a paramedic in a fast response car and an incident response officer to the scene. We also dispatched London’s Air Ambulance. The first of our medics arrived in under five minutes.

“Sadly, a person died at the scene.”

The Met police also confirmed that the incident happened close to the tube station, which was closed due to the ongoing tube strike, and that inquiries are continuing.

London Cycling Campaign, which helped stage the protests which took place just six months ago in the wake of Dr Krawiec’s death, announced earlier today that a vigil will be held in Holborn this Friday at 6pm.