During the pandemic, Liverpool's West Derby Road had a full lane dedicated to segregated cycling, but this has since been ripped out, leaving a "lawless" and "deadly" stretch of narrower infrastructure...
by Dan Alexander

Liverpool's West Derby Road has become a "lawless" and "deadly" route for cyclists since a pop-up cycle lane — installed during the pandemic — was ripped out, local riders have said.

The full-lane segregation was introduced in 2020 (pictured below in September of that year), but following complaints from councillors and members of the public, it was removed last July. 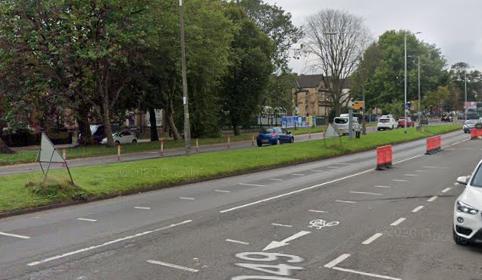 Replaced by a narrower lane (pictured below in April 2021), cyclists say the route is regularly blocked by drivers parking to use the shops or with motorists pulling out across it. 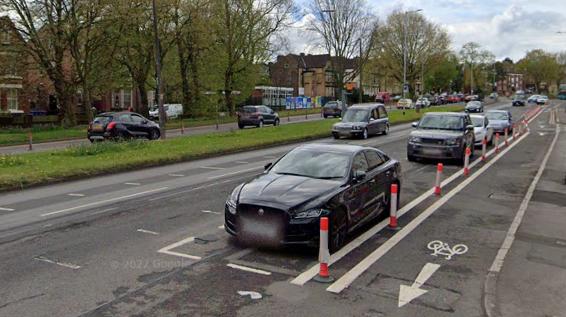 One local rider described the route as "deadly", adding cyclists "take your life in your hands riding along it". Another, Stephen O'Connor, told the Liverpool Echo he may never ride again after being left bloodied by a crash on the route.

O'Connor was riding home in April when he braked sharply to avoid a man walking in the cycle lane who he had not seen because of cars parked around it. The 48-year-old commuter suffered cuts to his face and was treated in hospital.

After a decade of commuting by bike into the city, O'Connor told the local newspaper he is unlikely to cycle again unless road safety improves.

"I think the council seriously needs to look at this," he told the Liverpool Echo. My crash happened because cars were parked everywhere around the cycle lane, the bollards had been removed. I couldn't see the man walk out and when I swerved to try and avoid him I flew over the handlebars.

The lane going down past the shops is deadly. Regularly cars parked on it who have gone into shops. Cars pulling out onto west derby road have to stop across cycle lane. Take your life in your hands riding along it

"There are no barriers or signs to tell people there is a cycle lane there. I'm really worried something bad could happen. My helmet was cracked down the middle, if I wasn't wearing it I might not be here now.

"They [West Derby Road's previous segregated cycle lanes] felt safe, this situation isn't safe. The council needs to take a look at it before someone else gets hurt."