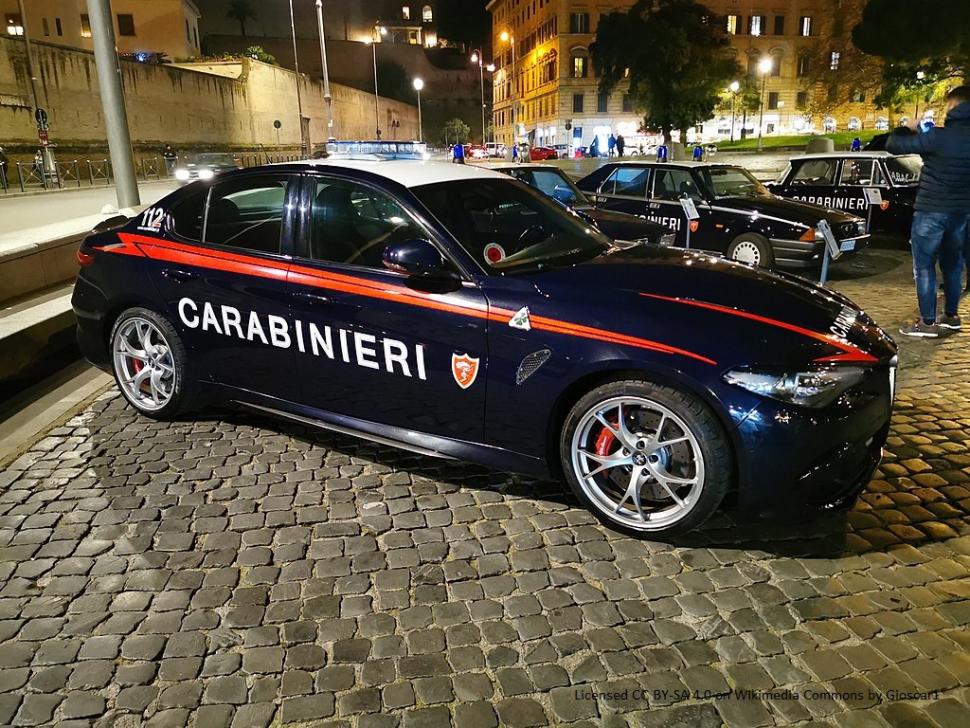 A cyclist in Italy who was almost doored by a carabiniere officer was handed a €280 fine – because once he got off his bike afterwards, he didn’t have a mask to put on.

Under rules aimed at containing the spread of COVID-19 in force in the country at the time of the incident on 8 February, masks were not required to be worn by people riding bikes – but pedestrians did have to wear one, reports La Repubblica.

The incident happened at around 7.30 in the morning as the cyclist, a 20 year old whose first name was given as Mertcan, passed a patrol car that was being parked as he rode to work along Corso Moncalieri in Nichelino, a suburb in the south of Turin.

“One of the carabinieri opened the door without looking, and while he didn’t hit me, I wobbled a bit on my bike,” the rider explained.

“I asked the officer if he wasn’t in the habit of looking before he got out, that’s all I said, then I carried on but the car followed me and at the traffic lights they asked me to stop and show my papers.”

At that point, Mertcan took of his helmet and got off his bike – the latter proving to be a costly mistake, since he did not have a mask on him.

“I’d forgotten it,” he explained. “I knew I had some at work and my mother was going to by some more at the pharmacy that day, but I didn’t have any with me in my rucksack, and anyway I never stop on the way from home to work.

“I think things turned out this way because of what I’d said shortly beforehand, when I almost fell off my bike.”

The fine of €280 he was given would have risen to €400 if it had not been paid within five days, and while he did not agree with the fine, he paid it “because this money helps my family, I was worried that if I contested it, it would have cost me even more.”

He added: “I wear a mask all day long at work, people who refuse to wear one or gather to protest against vaccines should be fined, but I feel bitter about the way things turned out.

For their part, the carabinieri claimed that the cyclist had used more offensive and insulting language following the near-dooring than he had maintained, and insisted that stopping him was simply part of a normal road check organised specifically to check compliance with anti-COVID 19 measures.