Welcome to Friday's live blog, with Jack Sexty in charge throughout the day plus the odd contribution from the rest of the team... 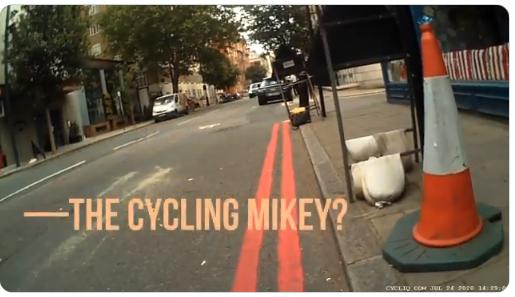 Thought I'd been recognised while cycling home today. Couple wind down window and this exchange takes place. pic.twitter.com/Kxhky7zzNA

It's been quite the 24 hours for Mike van Erp, aka Cycling Mikey, and from this exchange it seems some people are hoping to catch a glimpse of him in London (to congratulate him for the sterling work, hopefully).

While the pair in this car didn't happen across the man himself they were talking to Jeremy Vine; and judging from the tone of the female's voice, they weren't very impressed. Maybe though, we should all claim to be Cycling Mikey...

We are all Cycling Mikey. pic.twitter.com/qXKPlABj7G

Amazing, this just shows even with the negative type of coverage that some of the media outlets have pushed there is a positive side from Mikey’ work. Many more drivers won’t risk it incase there is a cyclist around to evidence them being dangerous. 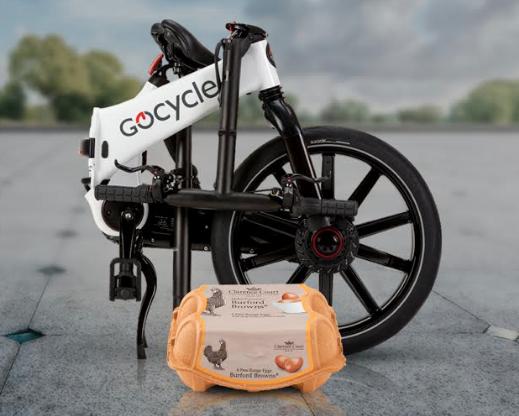 Fancy a GoCycle GX, but don't want to shell out for it? Well c-lucky you, because the e-bike brand have teamed up with Clarence Court to give away two bikes plus accessories worth over £3,000 as part of a cracking campaign to "raise awareness of the health benefits of e-bikes amongst UK consumers".

Over 600,000 Clarence Court egg boxes will have GoCycle inserts inside, although you don't need to actually buy the eggs to enter as it's all via an online entry form... we're sure people will be scrambling to sign up for it.

Clarence Court's CEO Adrian Gott commented: “We are delighted to be collaborating with electric bike specialists, Gocycle, to give our customers the chance to win one of two Gocycle GX bikes. Our customers lead very health conscious lifestyles and with bike culture booming in many towns and cities across the UK now seems the perfect time to run such a fantastic competition.”

If you want the chance to poach a GoCycle for yourself, you can enter the comp here. British Cycling have now published full guidance with updates following approval from the Department for Digital, Culture, Media and Sport.

Currently they're in stage 3 of a six-stage recovery plan, with sportive-style events and road racing still banned. British Cycling have provided an estimation of when that will change though, saying in part 7.7 of The Way Forward document:

"Non-competitive events in their traditional form (sportives on the highway) are not permitted at this stage. This is subject to ongoing review.

"It is our expectation that sportives and other non-competitive events that use the highway will be possible by the end of August with hygiene, social distancing and consideration given to start and finish areas. We will update in due course."

BMX, cycle speedway, mountain biking, cyclocross, road time trials and closed circuit events and track events are all permitted, with social distancing guidelines in place. The British Cycling Behaviour Code says competitors must not spit or shout, and must bring their own equipment and refreshments as catering facilities may not be available.

Can't believe people are still talking about COVID when we are living in a world where you can't update your Garmin activities to social media!!! pic.twitter.com/3JL1pmrDd4

Garmin at the moment pic.twitter.com/o25JRtCtqu

It's looking more and more like the GPS giants have suffered a serious cyber attack as we reported this morning, with still no official update from Garmin themselves following a brief statement yesterday.

As many Garmin watch and cycling computer users sync their activities directly with Strava, the latter's Status page has inevitably shown a huge drop in uploads. There was a strange spike in the early hours of this morning, with no explanation yet as to why that might be. The page is reporting that Strava hasn't received activity uploads from Garmin Connect since 22nd July. 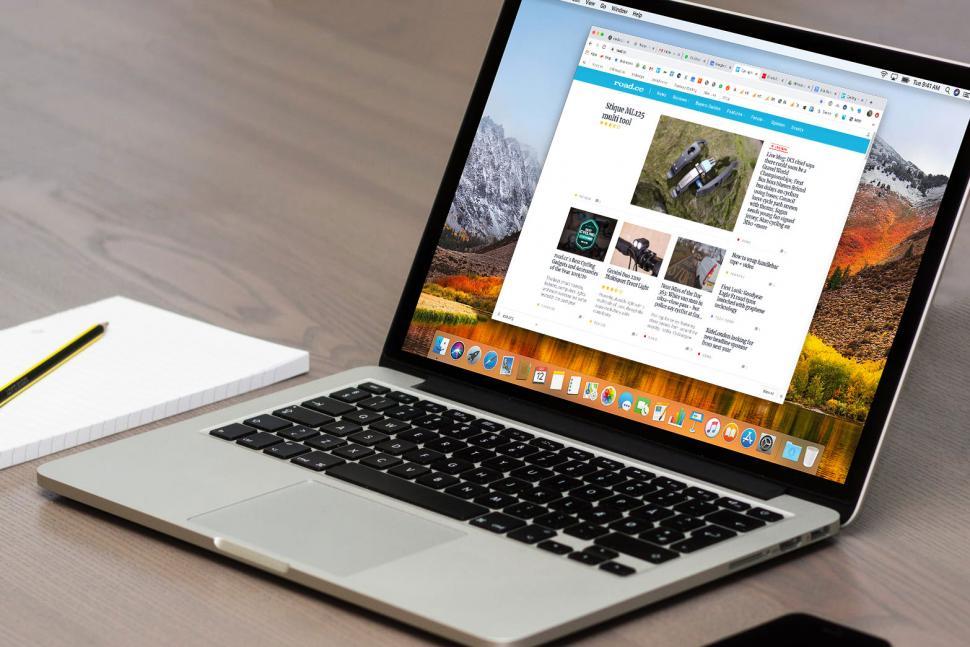 Want road.cc with no ads and some extra subscriber-only content for the price of a slice of cake per month? road.cc subscriptions are coming soon, for £1.99 per month or £19.99 a year. In fact you'd be lucky to find a decent bit of cake for two quid in that there London, so for some of you that's less than cake. Read all about it here!

24 July 2020, 11:59
Crackdown on town centre cycling in Reading begins - a month after two cyclists were killed by drivers within 24 hours 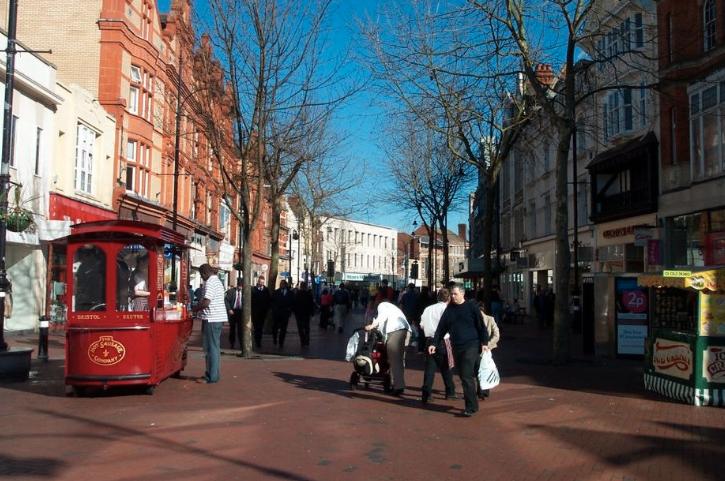 The Reading Chronicle reports that the Reading Town Centre Neighbourhood Policing Team have started to "engage with people riding bicycles in Broad Street" to discourage cycling in non-permitted areas, which includes the west side of Broad Street in the city centre.

One witness told the Reading Chronicle: "I've witnessed so many close encounters as well as a few collisions with pedestrians and cyclists.

"Some of them whiz through Broad Street and some are also on their mobiles, with heads down!

Not everyone thinks it's the best use of police time though, with some saying little has been done to crack down on dangerous driving in other parts of the city.

Remember the crackdown on motorists after two cyclists killed in a single day last month?
Meanwhile zero actual problems with cyclists on Broad Street leads to this. https://t.co/JFKbHVpCnn As one of the comments above cites, the 'crackdown' also comes just over a month after two cyclists in Reading were killed in two separate incidents within 24 hours.

At the same time though, the story here is that Guy Ritchie has been saved from becoming a perpetrator of a tragedy, and a victim and their family have been saved too. The real crime would have been if @MikeyCycling hadn’t submitted his evidence. Well done Mikey. Keep it up.

If you feel so strongly then perhaps you should campaign to make it legal to text and drive at 5mph, until then Mikey isn't the twat here.

Ego driven? His dad was killed by a drink driver. A vigilante is someone who takes the law into his own hands. Mikey handed the footage to the law for it to be dealt with in the proper manner. Publicity for himself maybe, but by doing so it highlights the dangers to others...

We'll repeat: Mikey isn't the bad buy in all of this...

The eighth edition of the self-supported epic across Europe would have started today, but obviously things happened... so instead, riders who would have been at the start line such as TCRNo7 winner Fiona Kolbinger tell us what they're getting up to instead.

TCRNo8 is now provisionally set to take place in July/August 2021.

And we could well have Ineos vs Ineos (sorry, The Ineos Grenadiers) at this year's Tour if three previous winners line up together. Komoot says its service is not optimised for route planning “through areas of political unrest”
16
24 July 2020, 09:41
“I want to change the behaviours”: Cycling Mikey on Jeremy Vine On 5

On yesterday's live blog, we reported that film director Guy Ritchie was given a six month driving ban after being caught texting at the wheel by camera cyclist Mike van Erp; something that seemed to rile a number of people on the Internet who accused Van Erp - who goes by the name Cycling Mikey on YouTube and Twitter - of being over-zealous with his reporting.

Well, Van Erp has now appeared on the Jeremy Vine On 5 show on Channel 5 to explain why he does what he does. He said on the show:

“I want to change the behaviours”

“Enforcement is the key. Traffic policing in the UK has suffered from terrible cuts.”

“Drivers who are using their phone while stationary are also using them while moving.”

“My dad was killed by a drink driver many years ago, that’s my main motivation.”

The discussion then turned to the inevitable debate over whether cyclists should be registered and insured, with a caller labelling Van Erp a "snitch", claiming someone who wanted to report a cyclist for dangerous riding would be harder to catch. Van Erp also defended Ritchie for the way he conducted himself when he was caught, saying he was "very polite."

Meanwhile, Mr Van Erp says he is getting inundated with media requests this morning, some of which he has decided to turn down...

My phone is going wild this morning. I've already refused Nick Ferrari as his views on cycling are well known.

Here’s how to fix your Garmin problem. Easy work around so you don’t get annoyed

Hey presto! You can now mark yourself safe... 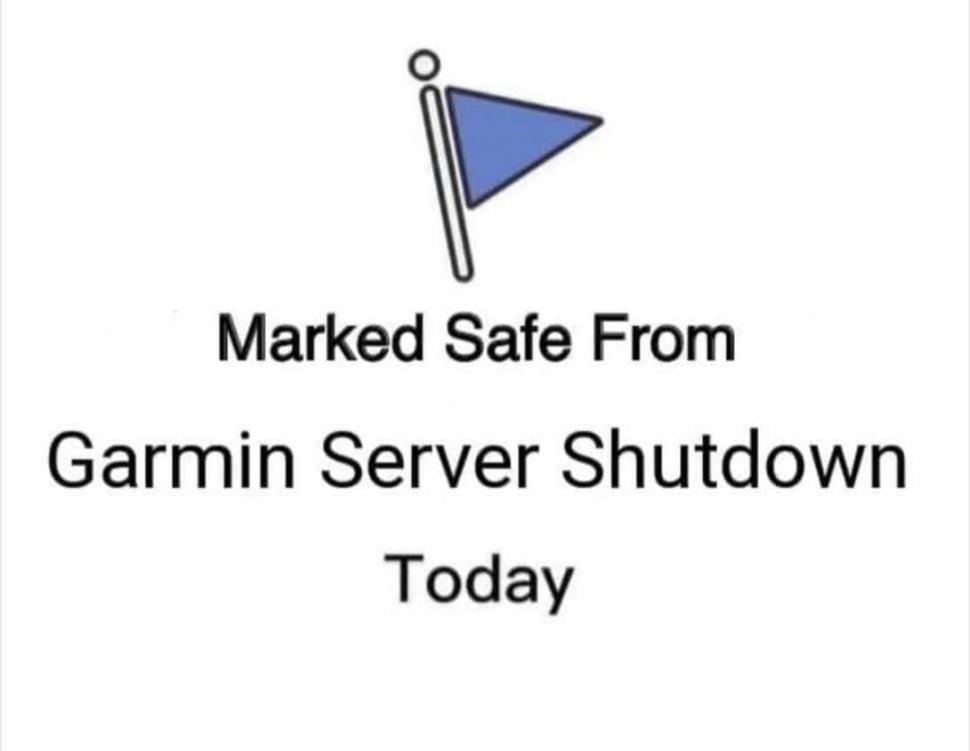 A number of people on social media spotted that taken out of context, the URL could be taken to mean something entirely different... so they've now added a hyphen and the website can be found at cycle-skillsonline.tfl.gov.uk, after the Mayor's Night Czar Amy Lamé put a word in with TfL.

The online course includes a number of useful tips for new cyclists or those who just want to brush up on their skills, with four modules to complete and a reward of a 24-hour access code for Santander Cycles at the end.

Meanwhile, the London Mayor has been enjoying his new electric Brompton, accompanying Cycling and Walking Commissioner Will Norman on a ride yesterday...

Bike ride with the boss! Really enjoyed being out and about with @MayorofLondon this morning, trying out more of London’s new cycle lanes. #StreetspaceLDN 🚲🚶🏽‍♀️🚲🚶🏽‍♀️ pic.twitter.com/QXXQBJQ0Zx

24 July 2020, 08:57
Numerous employees are reporting that this was the real reason behind Garmin's global outage 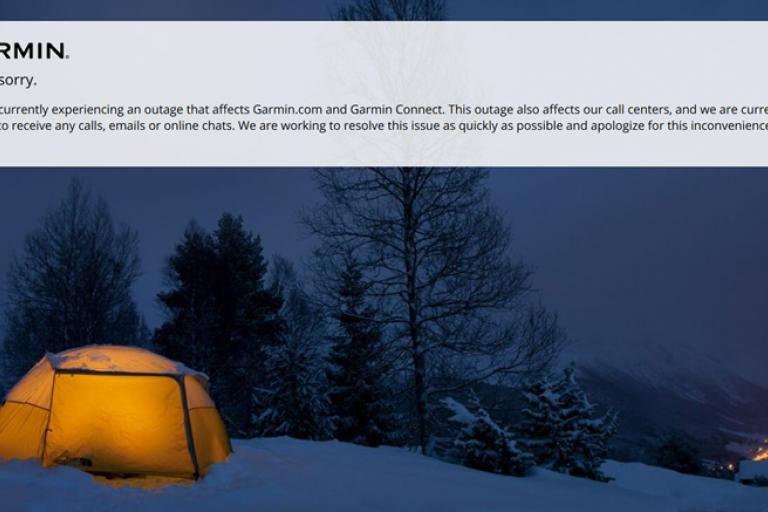 US firm yet to officially confirm cause of downtime with several of its other services also hit
36
24 July 2020, 08:29
Cycling Mikey still labelled a 'snitch' by some corners of social media... but plenty leap to his defence

The story here should be one of a driver penalised for using a phone whilst driving which greatly increases the chance of a fatal crash and the devastation that follows. @MikeyCycling should be praised for vast public service and considerable help and support to #RoadSafety. https://t.co/TTm2zwcycX

I have met @MikeyCycling a few times, George, and he's a sensitive chap, so you have to ask the question — do you really want to hurt him? https://t.co/ZP2WqAcCLq

So whilstle blowers are sneaks? Witnesses are sneaks?
Where do you draw the line?
Seems like for a lot of ppl it’s when they start the engine

Is it really a good look to defend drivers who are texting at the wheel? Some people seem to think so, including 80's popstar Boy George amongst other people. We'll be picking out some of the best takes on this 'debate' throughout the day.

24 July 2020, 08:26
"The torture stopped": Puncture comes to the rescue to save Paddy McGuinness from riding with Chris Hoy

I could’ve sworn I saw him reach into his pocket and throw a handful of something onto the road in front of me... 🤔😂 https://t.co/wRtrvpbNoG

An act of sabotage? Hopefully Sir Chris didn't lead Paddy onto a road to nowhere and got him home in one piece.