Filippo Ganna confirms Hour Record attempt; 'Wish that van driver beeping at me would get lost... oh, it's my son...'; Does he ride a Dogma? Vatican rider to race World Championships; Reaction to British Cycling apology + more on the live blog

Back for one day only... Dan Alexander will be trying to keep those post-holiday blues at bay with a Friday of live blogging (and complaining) 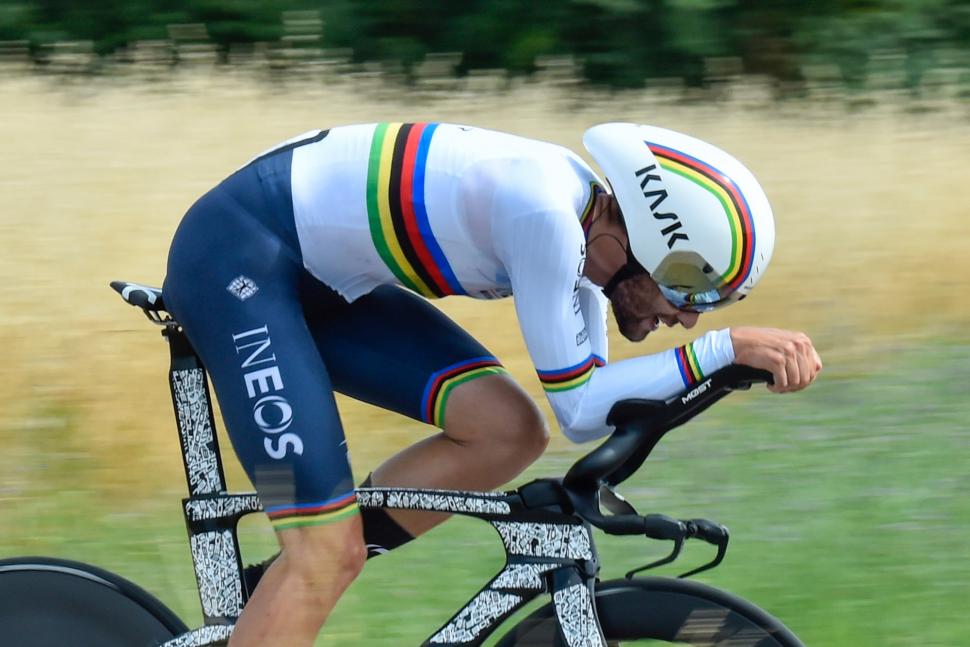 @greateranglia What on earth you thinking? Found this on my bike lock at Bury St Eds station. Trying to use public/active travel to get to work in @WestSuffolkNHS. Decent bike locks are heavy so leave one at station & another at work. Does nobody ANY harm @roadcc @Jochurchill_MP pic.twitter.com/JpcgNwUMq1 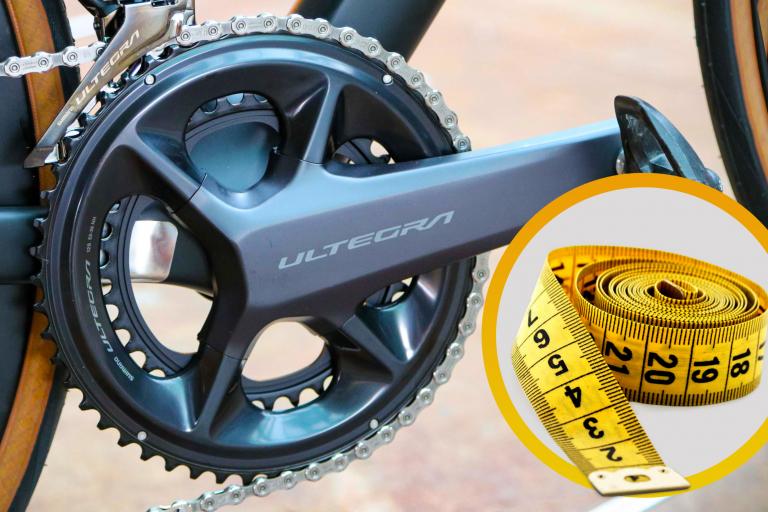 Are shorter cranks better on your bike? Find out why bike fit experts recommend going shorter

Short cranks could make you pedal better, ride faster and even make your saddle more comfortable. Read on to find out the science behind going shorter
20
16 September 2022, 14:19
"My heart is broken": Elisa Longo Borghini betrayed by pineapple pizza-eating soigneur

At least her famous quote gets another outing...

My heart is broken. pic.twitter.com/wyQHdekZTe

16 September 2022, 13:56
Alex Belfield: Former BBC presenter jailed for five and a half years after being found guilty of stalking Jeremy Vine and three other victims

We'll let you decide if this is stretching the limits of what counts as 'our patch', but we have covered Belfield's YouTube pot-stirring before on the live blog, notably in November 2021 when he made a bizarre video about cancelling cyclists...anything for attention. Whether we should have given Belfield oxygen is another — very valid — question...

Alex Belfield is walking down the stairs to the cells at Nottingham Crown Court to begin his prison sentence. That concludes today's sentencing. Thanks for following along.

Anyway, that video is now unavailable on YouTube, and the news came this morning that the former BBC radio presenter — found guilty of stalking four people, including Jeremy Vine — has been jailed for five and a half years at Nottingham Crown Court.

The 42-year-old was told by the judge the stalking had left one of the victims "seconds away" from committing suicide and "had serious impacts on the private lives of the complaints and had distressing effects on their physical and mental health".

The exact wording of the charges said Belfied "pursued a course of conduct that amounted to harassment" of the complainants, which "amounted to stalking" and caused them "serious alarm or distress".

In the case of Vine and another complainant, Belfield was found guilty of the alternative charge "simple" stalking, which does not require distress or serious alarm, although Vine said his stalker's actions had meant he "asked his family to watch out for you [Belfield]." 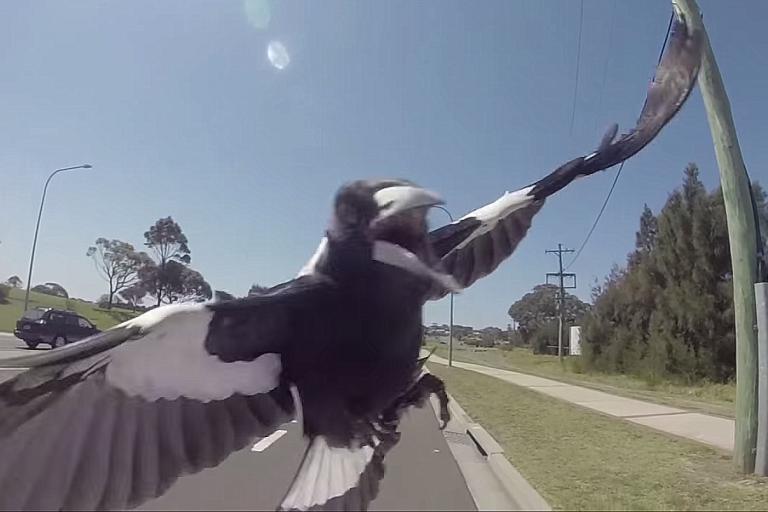 Is the Hour Record about to be put out of reach?
Filippo Ganna confirms attempt at beating Dan Bigham's 55.548km distance in Switzerland next monthhttps://t.co/BeHDMhlEtn #cycling pic.twitter.com/TpwGuOhezC

Let's hope for better coverage than poor Dan Bigham's attempt. A clock with lap times might be a start, more than one camera angle, ideally closer than the International Space Station might help too...

Guys, amazing,.wonderful and everything else that is good.

But ease, please , please do not give us another Dan Bigham event ( poor guy )

Please give us something special that merits the hour record

Awesome. But I hope the TV coverage is better than Bigham’s because that was bloody awful!!! Which was a real shame

Is this the moment we see the Hour Record put out of sight (at least until the next power monster comes along and tech advances further)?

Saturday 8 October, in the same velodrome in Grenchen, Switzerland, where Dan Bigham last month set the latest furthest distance – 55.548km. We're assuming Ganna will have all of Bigham's aero expertise at his disposal, so it seems likely the Brit got in ahead of his teammate with the knowledge it wouldn't be long before the record is put out of reach, not just for him but for everyone...

"I'm looking forward to the challenge, even though it's going to be an hour of pure suffering. It will be interesting to see how my body holds up, and just how far I can go – it's a chance to really test your physical and mental limits. To undertake a prestigious event like this is an important step in my career," Ganna said.

A couple from the comments so far:

Steve K's involves cycling to every game of Crystal Palace's 2016/17 season so is the winner already...anyone who cycles hundreds of miles to watch Allardyce football deserves infinite kudos...

"(As I may have mentioned before) back in 2016/17 I cycled to and from every Crystal Palace match for a season.  Shortly after I set off for home the day after the Middlesbrough game (the first non-London away game of the season) a car beeped me.  Just as I was about to react, the window wound down and it was one of the Middlesbrough stewards who had met me at the game the day before just saying hello and wishing me the best for the journey home and the rest of the season."

PRSboy's is another from the comedy genre...

"I was overtaken and hooted at by an Audi on my way home from work and was raising my hand in the traditional coffee-bean shaking gesture when I realised it was a friend saying hi, so I had to quickly change my W4NKR! gesture to a bizarre cheery wave, which ended up looking very strange."

Ian MacMillan punched Thomas Johnstone after motorist waved his walking aid at him
19
16 September 2022, 10:23
You know you've got it wrong when...

A bit of reaction to yesterday's British Cycling apology signalling the completion of the 'no cycling during the Queen's funeral' U-turn...

> "We’re sorry – we got this one wrong": British Cycling apologises for advising cyclists not to ride their bikes during state funeral

For a laugh I broke our own 'never read the comments' rule for certain websites, held my nose and jumped into the MailOnline's story... it's Friday, why not have a laugh? To my great surprise, rather than the usual cesspit of anti-cycling bingo classics, even the Mail commenters were baffled by British Cycling's original call...

"Not everyone will want to watch it. Let them exercise. It was so important during lockdown."

"Why would they issue any such advice at all. Are they a government organisation?"

"Why do they even feel the need to issue guidance? Let people think for themselves."

“We’re sorry – we got this one wrong”: British Cycling apologises for advising cyclists not to ride their bikes during state funeral

“The decision on whether to cycle during that time is one for individuals and clubs to take for themselves,”https://t.co/5Fvvt4KMFI #cycling

Back on road.cc, here were some of your thoughts under yesterday's story:

ride2smile said: "They, like many other organisations, could have just said nothing. Just let people decide for themselves."

Rendel Harris replied: "That hits the nail on the head I think, it was totally outside their remit to start issuing guidance either way. If there was some official guidance and they were making people aware of it, great, but to decide for themselves what constitutes 'appropriate cycling' on the day of the funeral and broadcast it was wrong."

kiwiglider commented: "Not British Cycling's finest moment. Was wondering about my membership and this prompted me to cancel it. We need a much stronger advocate that can counter all the anti-cycling rubbish and promote safety."

henryb said: "It's advice like this that reinforces the notion that cycling is just a fun, recreational activity, such as might be enjoyed by small children, rather than something that people do to get to work, because it's a normal way of getting about, or to improve their mental and physical health."

It's at this point we'd usually chuck in some comments pointing out the other side of the argument, for balance. I say usually because in this instance I cannot find a single one...anyone want to help me out? 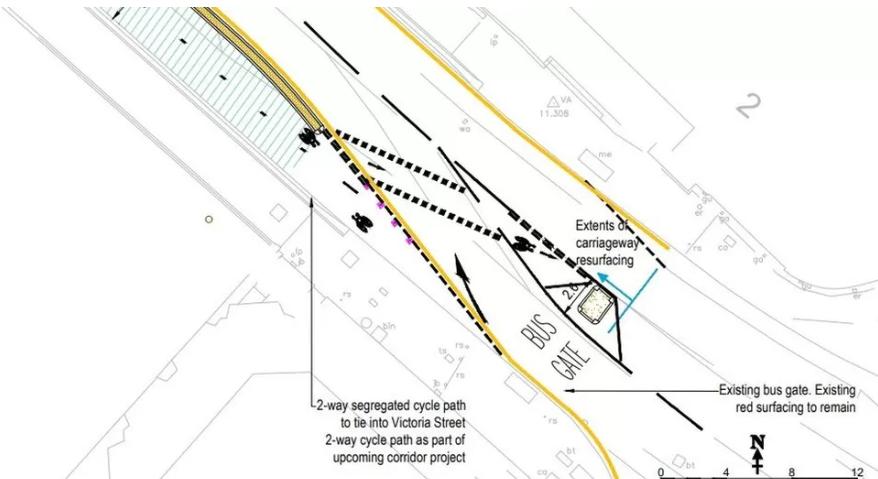 A Green Party councillor has called the plan for a redesign of a major junction in Bristol "suboptimal" as it would force cyclists to cross moving traffic. The BBC reports the junction between Bristol Bridge and Baldwin Street in the city is to be redesigned with a new two-way cycle lane and one less lane for other traffic.

However, an objection by David Wilcox has prompted cabinet transport member Don Alexander to say the plans are not yet complete. Cllr Wilcox said: "I welcome the investment into separated cycling infrastructure on Bristol Bridge, given that there's been a 231 per cent increase in cycling on Baldwin Street since the improved separated cycling infrastructure was built.

"Build it and they shall come. But the proposed solution for the [two-way] cycle lane crossing a motor traffic lane is suboptimal, because it crosses moving traffic. There's no give way, and it doesn't have priority."

40-year-old Rien Schuurhuis is set to represent the Vatican at next Sunday's men's elite UCI World Championships road race, the first time in history the 121-acre city-state, home to just 453 people (in 2019), will be on the startline... and boy have they nailed the kit...

Apologies in advance for any moaning and whinging at my holiday being over... it's a tough life coming back to work for one day before a three-day bank holiday weekend...

Anyway, here's a fun place to start today's live blog — hopefully a prompt for some of you lot to share your tales of similar in the comments. Cycling on UK roads can often make you a bit numb to beeps, shouts and annoyance, so when 'IronGranny' got tooted at by the driver of a white van she thought little of it, continuing on her way until... she realised the driver was, in fact, her son...

Out on the bike today. Got tooted at loudly by a bloke in a white transit van. Ignored him as usual. Then I heard the shout "oy Mum, are you going to stop or what?" It was my son on his way to an engineering repair job in the next village 🤣🤣🤣🤣

An amusing story to tell, at least.

I'd report him, only way they'll learn 😉

Anyone else got a funny tale along similar lines? A two-fingered salute to a motorist enthusiastically beeping at you...only to see your mate or partner following...

Or perhaps, worse, your boss...

My friend @AnnaDavid70 and I were out running years ago and someone kept tooting us. Invariably it ended with a hand signal, before we realised it was our manager 😬

Back in the day:
I was chased for a mile or more by a bloke in a white van who was yelling at me. Eventually he caught me up.

He told me that he thought my wallet in my back trouser pocket was about to fall out and he wanted to warn me.