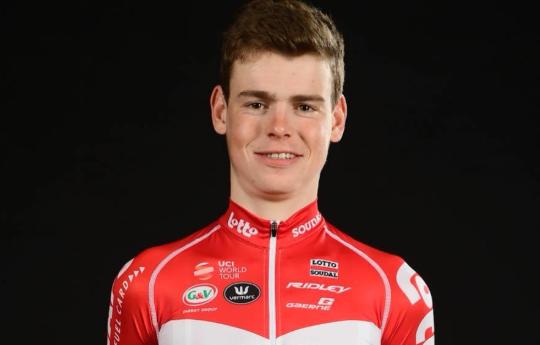 Lotto-Soudal's Harm Vanhoucke was punched repeatedly in incident while training alone near Kortrijk...
by Simon_MacMichael

A Belgian professional cyclist has told of how he was punched repeatedly by a driver who got out of a van to confront him in what appears to be a case of what might be termed 'coronavirus rage'.

Lotto-Soudal rider Harm Vanhoucke was out training on his own when the incident happened on Saturday.

“At around midday I was riding in Aalbekesestraat in Aalbeke [a small town around 2km south of Kortrijk and 5km nortg of Roubaix, across the French border] when I was forced off the road by a black van.

“The man [aged 40-50 years and heavily built] got out aggressively.

“I asked him to keep his distance but after saying that he deliberately punched me in the face a number of times then stormed off.

“This is anything but normal in the time of coronavirus.

“If anyone knows this person please send me a message,” added Vanhoucke, who joined Lotto-Soudal as a stagiaire towards the end of the 2018 season and made his Grand Tour debut at last year’s Vuelta..

While non-essential travel has been banned by the Belgian government, cycling alone is allowed for now.

Across the border in France, recreational cycling of any kind has been banned.

Similar measures were introduced in Spain last week, following the lead of Italy, where initially professional cyclists were permitted to train on their own, although they are now subject to the same restrictions as anyone else.

Cycling for essential travel – such as going to local shops to buy food and other essential supplies – is not specifically banned in any of those countries, although there have been reports of some people doing so being stopped by law enforcement officials.