The Manx Missile admitted it was disappointing to miss out on this year's race when in his "best form for easily a decade"...
by Dan Alexander

A confident Mark Cavendish said he "knows" he will win again, speaking during his first major interview since missing out on Quick-Step Alpha Vinyl's Tour de France line-up and Patrick Lefevere subsequently saying the sprinter is not in his team's plans for next season.

Talking to BBC North West Tonight the 37-year-old said he is unlikely to retire while still at the top of the sport, and responded confidently to a suggestion he could return to the Tour de France in the future, stating: "I know I'll win again".

Cavendish also explained how he took the emotion out of his team's decision to opt for stage two winner Fabio Jakobsen at this year's race.

"It is what it is, obviously I'd love to do it, I've always built my whole career around it," he said.

"But I'm a professional at the end of the day, I ride for a team, there are 30 riders on the team… you've ultimately got to take the emotion out of it, and look at it as a kind of a job I guess."

Lefevere had been relatively up-front about the situation all year — cooling Jakobsen's winter training camp statement that Cav would go to the Giro while he was the team's fast man for the Tour, instead saying the best of the two would go — before, closer to the Grand Depart, insisting Cavendish was needed as back-up should crash, injury or illness alter their plans.

Ultimately, even with Tim Declercq's pre-Tour Covid positive, the Manxman stayed second reserve as Florian Sénéchal got the last-minute call-up instead.

While reflecting pragmatically about the nature of team selection, the 34-time Tour de France stage winner did admit some regret at missing out when in "my best form for easily a decade".

🏆 Since 2021 the city of Carcassonne has been deeply linked to 🇮🇲 @MarkCavendish.

🤩 This is the place where, a year ago, he claimed a historical 𝟑𝟒𝐭𝐡 stage win on the Tour de France! #TDF2022 pic.twitter.com/tQygBK8h9k

"The only thing I regret is that I know I was in the form to win there. I'm in my best form for easily a decade, you know? And it's kind of like when you think that's gone to waste a bit, that can be hard," Cavendish continued.

"But I was able to win the British Championships the week before, so there's kind of a silver lining in that one. 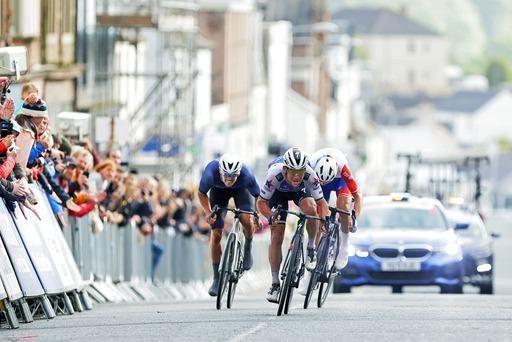 Last week, Cavendish was spotted at an event hosted by Rapha in partnership with Palace Skate, prompting silly-season rumours EF Education - EasyPost could be a potential destination next season. 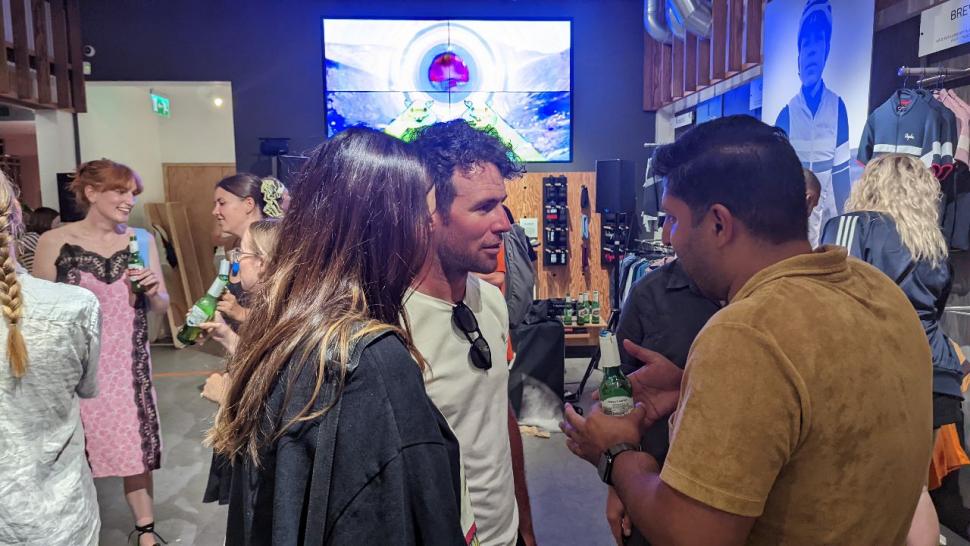 Next on the agenda, however, is representing his home island at the Commonwealth Games in Birmingham on 28 July, something he said is "wicked".

"The biggest factor for sure is that I get to race with my mates," Cav said. "That's pretty special. We can go from this small island with, not just having a rider that's a favourite, but a team that's going to be one of the strongest teams in the race. That's super exciting."

Cavendish will be the Isle of Man's flagbearer at the opening ceremony and will be looking to add to his gold medal won at the 2006 Games in Melbourne. Cavendish will be joined by Ineos Grenadiers' Ben Swift, Mark Christian Matt Bostock, Tom Mazzone, Tyler Hannay, Max Walker and Sam Brand in the road race.