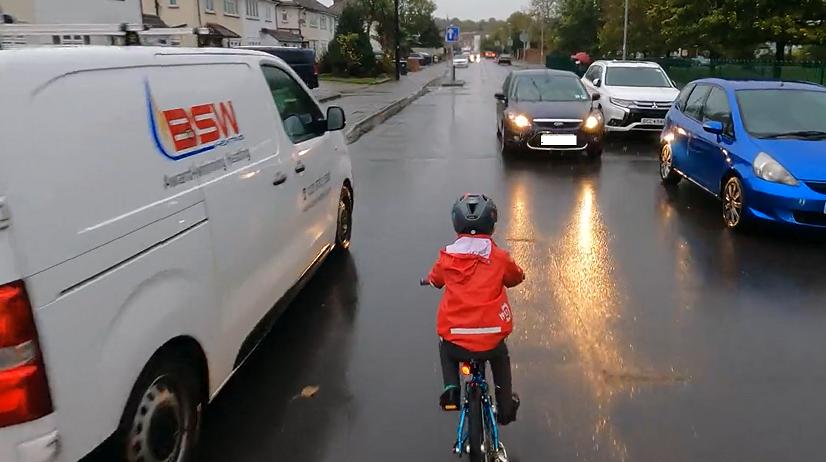 "Only road user to come out with any credit is the child": Ashley Neal reacts to "terrible driving" in viral video of five-year-old cyclist

YouTube driving instructor critical of motorist and the child's father, but said there was "nothing wrong" with the child riding on the road...
by Dan Alexander

YouTube driving instructor Ashley Neal has joined the debate around the video of a five-year-old cyclist and a driver meeting at a pinch point which has gone viral since being first shared by the child's father ten days ago.

Since then it has been discussed during a segment on Jeremy Vine's Channel 5 show, attracted much-criticised comments from Conservative politicians including Sajid Javid, been viewed more than 2.7 million times and subject to national newspaper coverage.

Neal, whose "driving education" YouTube videos have earned him a large platform of 120,000 subscribers, released a video to give his "hot take" on the footage, in which he is complimentary of the child's cycling and describes the driving on display as "terrible".

In the final portion of the video Neal then questions the father telling his son to carry on when it is "obvious" the driver will not stop, comparing it to allowing your child to run around the edge of a swimming pool.

"The big lesson that people should be taking from this clip is obviously the terrible driving and the fact that motorist should have stopped and given way to the more vulnerable," Neal concludes.

"But there is also the added point that even when you think you have priority you should not continue into an escalating risk. The father of this child [by telling him to carry on when he asked if they should pull over] has effectively told his kid to keep running around that swimming pool even though the kid wanted to walk.

"The only road user to come out of this clip with any credit, and it is full credit to them, is the child. The father seems like one of those I've got priority brigade and the motorist is simply dangerous — it is quite ironic that the young child is the only one with any common sense."

Addressing the view expressed by many on social media, including by Conservative politicians Susan Hall and Baroness Foster, that the five-year-old cyclist should not have been on the road, Neal disagrees.

"I think it is lovely to see a young child like this being taught the skills at such an early age. There has been some discussion about the age of the child but for me it has got to be child-specific and there has got to be risk assessment for the road conditions.

"Some children you would be happy that they are going to follow your instructions if you are in charge of them, others not so. This road was traffic calmed and the traffic was quite light so for me there was nothing wrong with this child cycling here.

"The most dangerous part of this clip"

"The most dangerous part of the clip" is the motorist, Neal tells his viewers, explaining that as the cyclist is "obviously more vulnerable" the driver should have given way, advice backed up by the Highway Code's 'hierarchy of road users'.

"Plainly and simply the driver should have given way but instead they barge through a narrowing and endangered the life of a five-year-old," Neal said. "What if this child fell off? We would be dealing with a fatality.

"Another thing that backs up my opinion with this is the fact that the cyclist does not have to venture outside of their lane to proceed through the pinch point, the motorist obviously cannot say the same.

"Some people will think whoever gets there first goes first, and even with this incorrect mindset the five-year-old cyclist does arrive at the pinch point before the motorist, but the motorist still barges through.

"They do slow down, but not enough. They should have stopped but because they chose to keep moving this increased risk dramatically. The distance away from the cars on their side of the road was way too close and if another young child had run out between those vehicles it would have left the motorist no option but to swerve in the direction of our five-year-old cycling.

"Another reason to slow down and stop was the close proximity to the oncoming cyclists, but in my opinion this is a grey area that needs clarification. Even if I was driving on my side of the road and it was totally clear the cyclists in the oncoming lane might still be quite close."

Showing the following scene to his viewers to demonstrate such a situation, Neal says he would "still slow down and look after them". 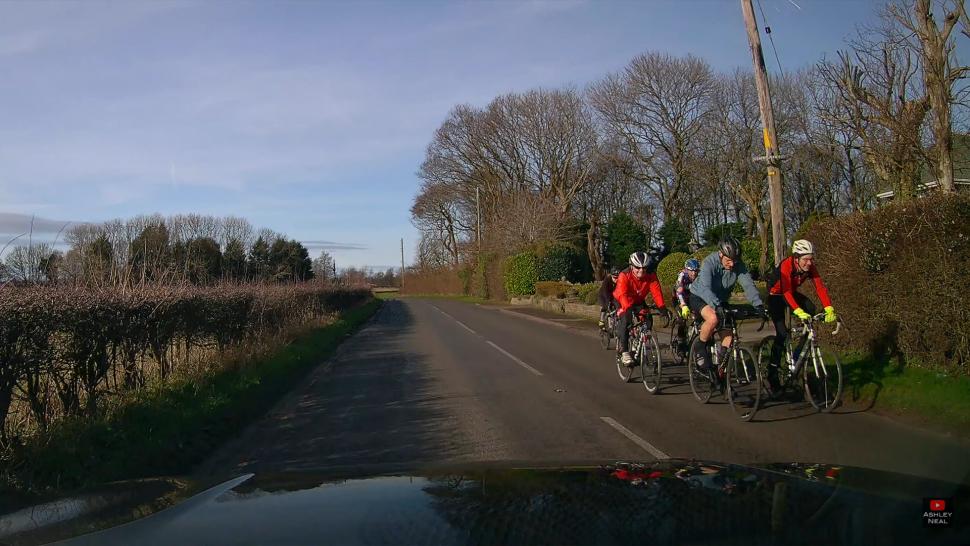 "I do not think the updates in the Highway Code are clear enough on this point. Overtaking cyclists at speed up to 30mph you need to give them at least 1.5 metres clearance, but what if they are coming in the opposite direction?" Neal continued.

"If you did not know my opinion you now do. Try to follow this advice because it keeps everyone safe."

Bilton told road.cc the incident demonstrates "how difficult" some junctions can be to navigate on a bike, as well as the wider "reality of cycling on UK roads". Neal had said it "makes a little bit of a mockery when the question is asked 'are the UK roads too dangerous to cycle on?'"