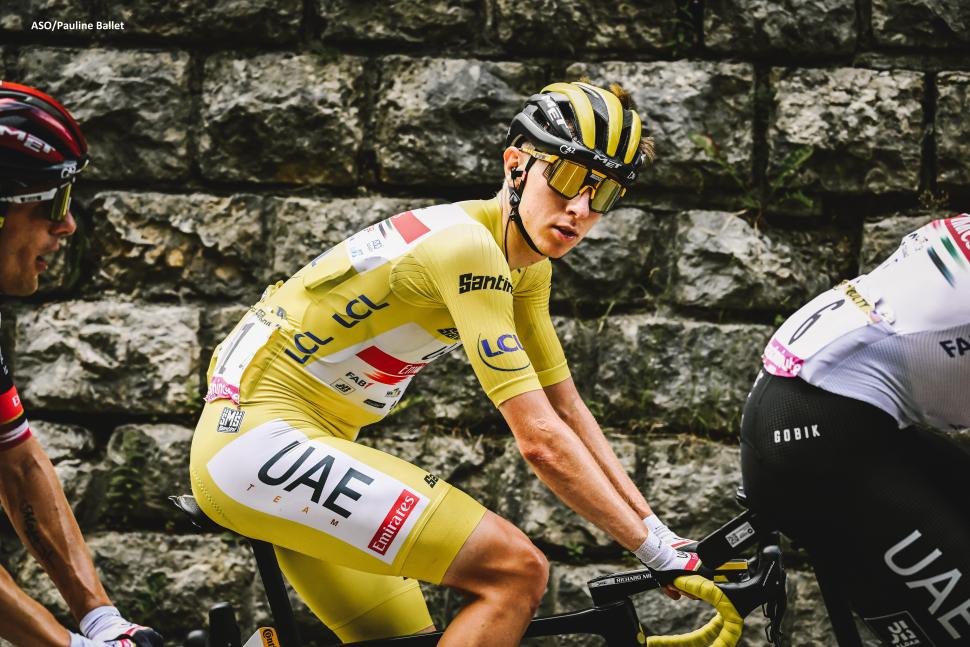 As simple as that (apparently)...
by Dan Alexander

So how do you beat the utterly dominant brilliance of Tadej Pogačar? That's the question 21 teams at the Tour de France and thousands of cycling fans around the world have been left to ponder on this the second of three rest days (or first 'proper' rest day as the first was a transfer, strictly speaking) at this year's race.

After all, the 23-year-old doesn't turn 24 until September and may have a hat-trick of yellow jerseys by the time he blows out his candles. The problem for everyone else, glaringly evident this past week, is he excels everywhere: mountain stages, hilly days, time trials and even over the cobbles for goodness' sake.

Questions have been asked of his UAE Team Emirates support, rumours of struggles at altitude, whispers that the Slovenian prefers cooler conditions, and yet every time (so far) the question has been asked, Pogačar has answered, and answered emphatically.

And so those questions are replaced by the conundrum we started with — how do you beat him?

"If you want to change the GC, you have got to f**king move your arse and risk it," Schleck told Cycling Weekly.

"If they want to change the GC, they need to act. It's a little bit like what I see with all humans when the people wake up in the morning, and they are not happy with the situation, but then they wait. Tomorrow will maybe be a better day, they think. But that doesn't happen in life, nor in sport."

"Jonas [Vingegaard], [Primož] Roglič, and Geraint Thomas and whoever else is up there, they need to start risking the GC because, frankly, all of them have been up there [before] so what do they have to lose?" Schleck continued.

"A third place, a fourth place, it's great, don't get me wrong, but you go and try and change something because if you wait and wait and wait, we'll know the result in Paris very soon."

The day before, on Wednesday, it's the HC summit finish at Col du Granon (11.4km at 9 per cent) and the other side of Col du Galibier (both exceeding 2,400m above sea level) as temperatures are expected to nudge 30°C this week. Answers about Pogačar's ability at altitude and in the heat aren't far away...

Speaking on yesterday's Eurosport coverage of stage nine, Robbie McEwen urged Ineos Grenadiers to gang up on the yellow jersey, using their numerical advantage to isolate him.

Geraint Thomas, Adam Yates and Tom Pidcock remain within two minutes of the lead. It remains to be seen how long the latter can stay there against the best in the world in the mountains.

But McEwen stressed the chances of winning head-to-head against Pogačar are slim: "It'll need to be a combination of all his team-mates who are sitting inside the top 10 at the moment, like Adam Yates and Tom Pidcock, and even riders from other teams making moves – so in effect they start to gang up on Tadej Pogačar.

"Try to wear his team out, get him isolated, get him having to do the work at parts of the stages which are going to tire him out so eventually someone can go on the attack.

"If it's someone's lucky number, it could be G's to then be the one to go, take advantage of the situation. I think that's the only way it can be won because just trying to do it purely on brute force against Tadej Pogačar, I think you’re banging your head against a brick wall."