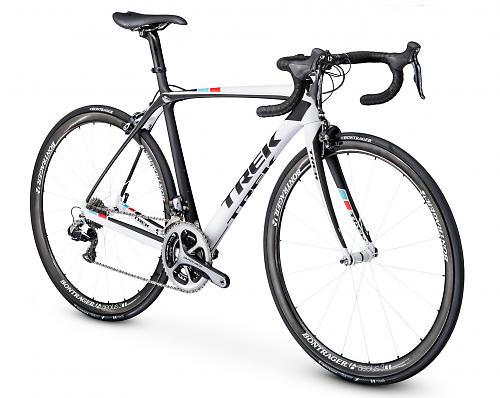 Previously the Domane was available in three different fits, H1 being the most aggressive, H3 being the most relaxed. They’re all a little taller in the head tube and shorter in the top tube than an equivalently sized Madone. Professional riders typically favour quite extreme positions - many thousands of hours and miles in the saddle causes this - and even the H1 fit wasn’t low or stretched enough for the team riders.That’s why you often see such interesting ‘solutions’ at races like Paris-Roubaix, with slammed negative rise stems of quite extraordinary lengths the norm. 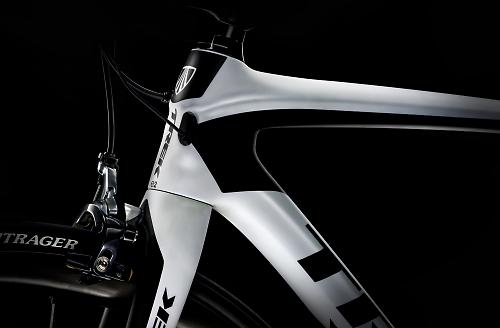 It’s almost customary for star riders to get personalised bikes with custom geometry, despite the exceedingly high cost of moulds used to produce carbon fibre frames. The UCI does stipulate that any frame or component used in a professional bike race must be available to purchase on the market with nine months of that new product first being raced, but custom geometry frames seem to have slipped under this ruling. It’s not possible, for example, to lay your hands on a Cannondale with the same unique geometry that Peter Sagan rides. That Trek are now offering the frames previously only available to their pro team riders to mere mortals is a good thing. 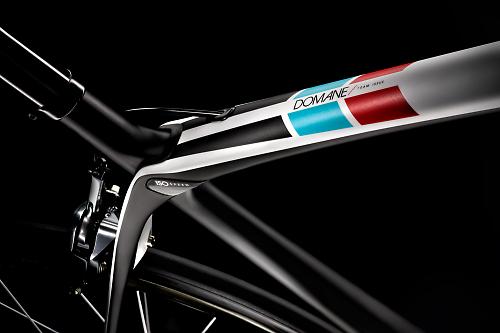 Fabian Cancellara is well known to favour the Domane for all riding, not just the cobbled classics, over the Madone. It was a Domane that he rode for the first week of the 2012 Tour de France, all painted up yellow to match the Maillot Jaune he was wearing at the time.

"I believe it's very cool that Trek makes 'my' bike available to consumers," said Cancellara. "It's a very special bike for me. Together Trek and I have put a lot of time and energy in the development of the Domane and I'm happy that it's out there now." 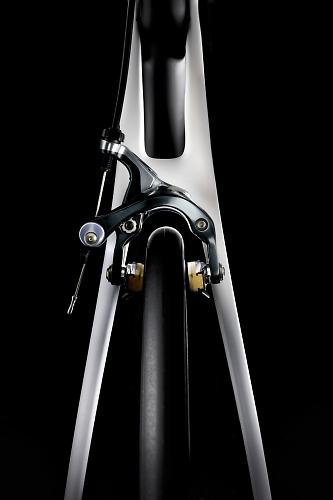 The Trek Domane was first introduced in 2012, right after Fabian Cancellara used a pre-production prototype to claim victory in the Strade Bianchi race in Italy.

The new Classics Edition will be custom painted in the US, at Trek’s Waterloo facility, and available in sizes 54 to 62cm. It will only be available as a complete bike. A full build mirroring the team race bike, Shimano Dura-Ace Di2 groupset, Bontrager Aeolus 3 wheels, will set you back £8,800. Opt instead for a Ultegra 6870 Di2 groupset and the price drops to £7,060, and switch to a set of Race Lite TLR wheels and it costs £5,280. There are plenty of build options available through Project One. www.trekbikes.com/uk/en/projectone

1
Near Miss of the Day 433: Police tell cyclist “We all have to share the road” after very close pass from lorry driver
2
“No excuse” – councillor slams motorists who drove on pavement to get round road closure as emergency infrastructure ignored in London and beyond
3
Man arrested following Camden assault on cyclist (+ video)
4
Black teen on charity ride ‘grabbed from bike’ by Met police officer
5
Cyclist films drivers ignoring red lights – but hears nothing back from police
6
Near Miss of the Day 432: Cyclist at Sandbanks nearly taken out (+ video of traffic carnage in Dorset resort last week as day-trippers flocked to seaside)
7
Five cool things coming soon from Campagnolo, Condor, Rapha, Selle Italia and La Passione
8
Rapha unveils new Pro Team, Explore and Classic Sunglasses with surface enhancement lens technology