We've been up to London today to check out Boardman's new Performance range for 2014. The range is a bit bigger than the pervious one at 25 models and there's lots in there worth looking at. So let's dive in. Boardman run a two-year model cycle. This, they say, allows them more space to innovate rather than just chasing trends from one year to the next. Also It gives them a long lead time to cram in as much value as they can, and value is something we'll be talking about a lot here. The main talking points for us are the new road frames, the CX bikes and the extension of the multi-surface range to allow for the hybrids to get sportier. 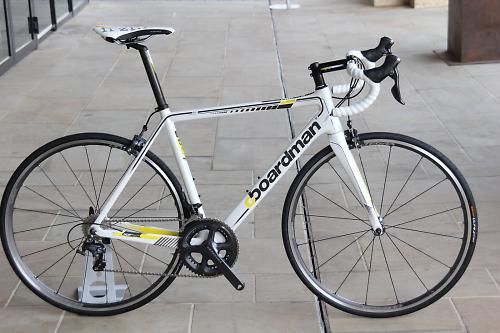 Road first, and the top-of-the-range Performance bike (the Elite bikes are a separate entity) is the Road Pro Carbon SLR. This is a new sub-1kg carbon frame, with a full-carbon asymmetric fork, and a full Ultegra groupset. And when we say full, we mean full: even the wheels are Ultegra, rather than fitting some heavier hoops to make a price point. 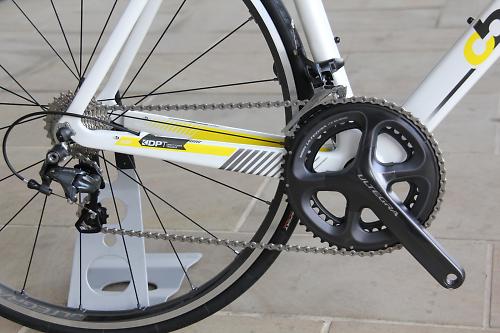 That's not to say the SLR is expensive though. Far from it: at £1,799.99 we're struggling to think of many full-carbon, full-ultegra bikes with good wheels that are cheaper. It's an awful lot of bike for the money. Claimed weight is 7.55kg 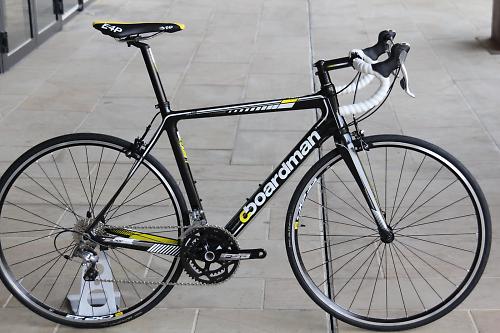 Cycle to Work aficionados will welcome the return of the Road Team Carbon which sneaks under the £1k limit by the odd penny.

It's also a new frame for Boardman and the transmission is Tiagra shifters mated to a Tiagra/105 derailleur mix, with an FSA chainset. Claimed weight is 8.6kg. 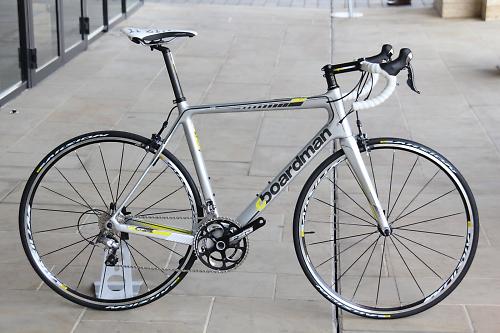 Between those two bikes there's the £1,299 Road Pro Carbon which shares a frame design with its cheaper sibling, except that the more expensive bike has internal routing for the cables through the down tube. 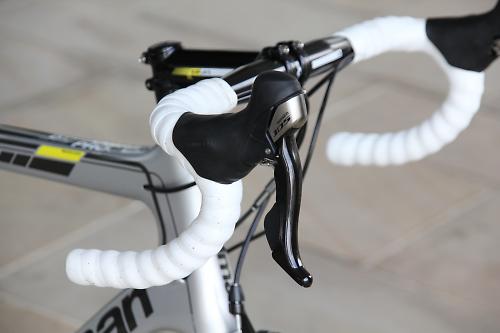 You get most of a Shimano 105 groupset and Mavic Aksium wheels. Boardman reckon it weighs ban on eight kilos and again, it looks like a great spec for the money.

This time around Boardman have two CX bikes, and the CX is the bike that Chris rides most; he reckons he spends around 80% of the time on the disc-equipped 'crosser. They tend to be good all-rounders and the £899 CX team, with SRAM Apex gearing, Avid BB5 discs and Mavic-rimmed wheels – complete with Schwalbe Rapid Rob CX tyres – would certainly fit the bill. It also features Boardman's smooth welds as do all the alloy frames. The welds are double-passed to smooth them out and then filed down, and the end effect is very tidy, almost indistinguishable from carbon on some of the frames. 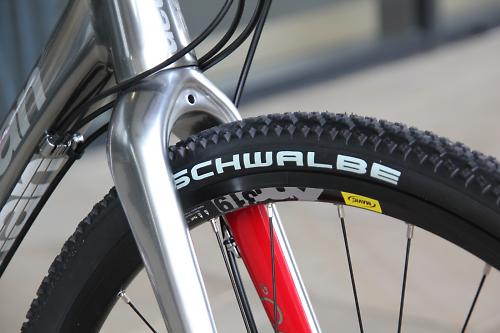 The CX team has a new-to-Boardman silver finish that we liked, but apparently the factory don't as it's hard to get right. Chris likes a more traditional pallette: "If I had my way every bike would be black and white, but I've taken myself out of that process now". If the CX Team is too salty then there's also a CX Comp at £599.99 which uses the same triple butted alloy frame as its more spendy sibling but runs Sora gearing and Tektro Lyra brakes to keep the cost down.

Boardman's hybrids have historically been quite middle-of-the-road in terms of performance versus utility, but the range has split now with the suspension-forked, multi-terrain MX range taking care of the more utilitarian riders leaving the hybrid to lean more towards speed. 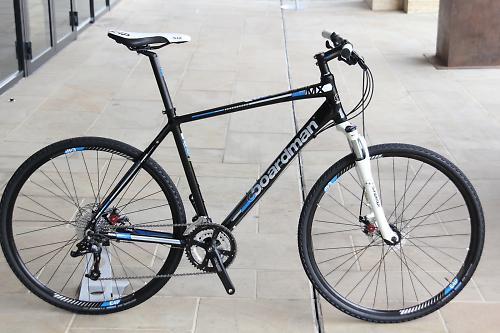 There's two bikes in the range. The MX Sport is available in men's or women's builds and features a SRAM X5 3x9 drivetrain and a Suntour NEX 60mm travel fork. 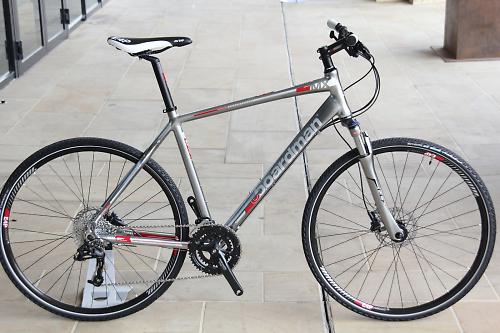 That's £499.99, and for £100 more the MX Comp offers some significant upgrades: running gear is SRAM's Via Centro 2x10 system and the fork is the better NCX-D model with hydraulic damping. 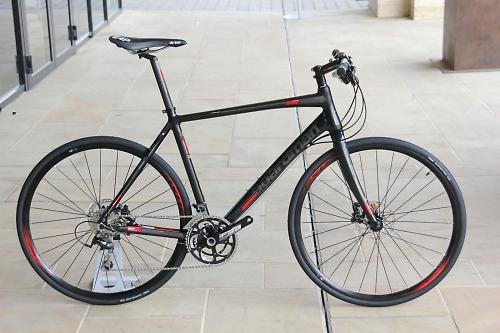 The hybrid range features four models, with the top bike, the Hybrid Pro, again coming in at the £1k cycle-to-work limit. 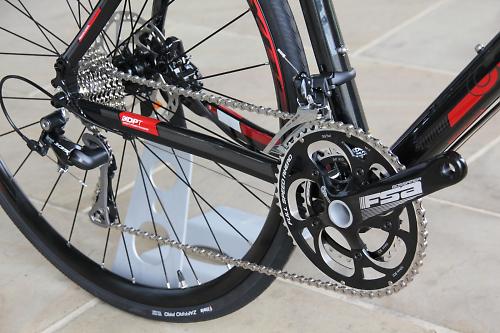 You're getting a lot for your money again: Shimano 105 2x10 drivetrain, Deore Hydraulic discs, Shimano's new RX05 wheels all bolted onto a superlight triple butted alloy frame. The bike has a claimed weight of under 10kg – 9.8kg to be precise – and it's rack and mudguard friendly too. 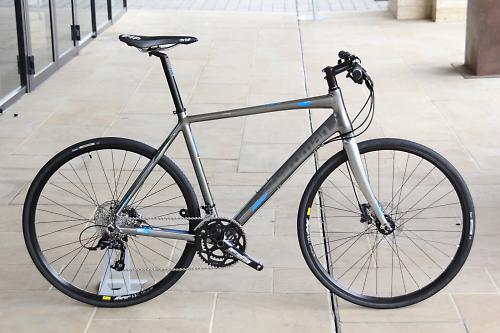 Next bike down is the Hybrid team (£749.99), which Gets SRAM Apex 2x10 running gear and Avid Elixir 1 hydraulic discs. Below that there's the Hybrid Comp (£499.99) which runs on SRAM X5 and Avid's mechanical BB5 discs, and you get an alloy fork instead of a carbon one. 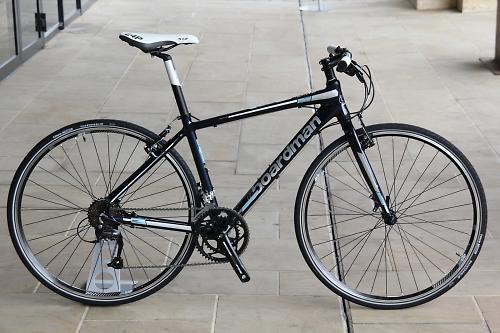 The bottom bike, the Sport, is available in men's or women's fit and swaps out discs for V brakes, although discs are retrofittable if you want to upgrade. It's specced with Shimano Altus transmission parts and will set you back £429.99.

Lastly, a sort of nod to Chris's past with the TK Pro track bike. It's not much like a Lotus pursuit bike but it will be at home pounding the boards – or the streets of Hoxton if that's more your thing. It's drilled for brakes front and rear with internal routing to the back brake if you fancy fitting one. 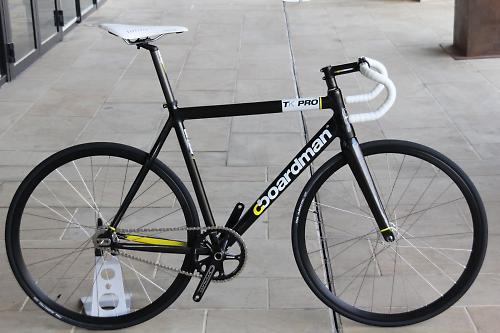 It's a superlight alloy frame with a track-specific fork and a fixed transmission with Tektro's Omnium crankset that uses a hollowtech-style BB. It's a smart-looking bike and it'll set you back £799.99 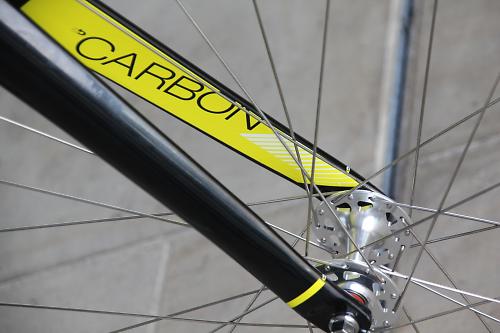 We asked Boardman when the bikes would be arriving, expecting to hear as usual that it'd be at some indeterminate point in the future. And we were surprised to learn that they're already here; in fact Boardman have postponed putting them on sale, even though they're ready, so as not to spoil the launch. So that's nice. They should be available to buy online, and collect in store, this week. Look out for them there, and also on road.cc when we get some to play with.