No Tech Roundup is complete without a bike-related T-shirt – it's our equivalent of The Generation Game's cuddly toy – and here’s this edition’s offering right at the top. Cima Coppi is the highest altitude reached by riders during the Giro d’Italia, the point varying from year to year depending on the race’s route. Last year, for example, the Cima Coppi was the Passo dello Stelvio (2,757m). It would have been again this year but bad weather forced re-routing.

The T-shirt is made from 200g cotton and that white band around the chest is a separate panel. The lettering is embroidered and you get a two-colour stripe knit collar. It looks pretty cool to us.

The shirt is available in eight different sizes for £25. Order at Prendas’ website. Dutch brand BBB is introducing a new light called the Scope 1300 that offers 1300 lumens of light.

The light has four brightness modes and uses a water-resistant aluminum casing with what BBB call an Airflow Cooling System for optimal heat control. BBB say the lighting unit can be fit to any handlebar or helmet while the battery pack can be strapped to your bike or slipped into a jersey pocket.

The battery pack is equipped with a 5-step power level indicator and you can also use it to charge USB powered devices like smartphones or GPS units. It charges from the mains (not via USB) in about 2.5 hours. As before, each 60ml gel packs 51g of carbohydrate. Smooth Espresso is the latest caffeine gel with 160mg of caffeine for when you're flagging. The new Cherry flavour has beetroot nitrate as a main ingredient, which is said to reduce blood pressure and improve blood flow. That's the theory, anyway. They're priced £1.99 each.

Silverstone-based BGi has just announced the launch of its Pro range of cleaning and corrosion protection products into the UK. 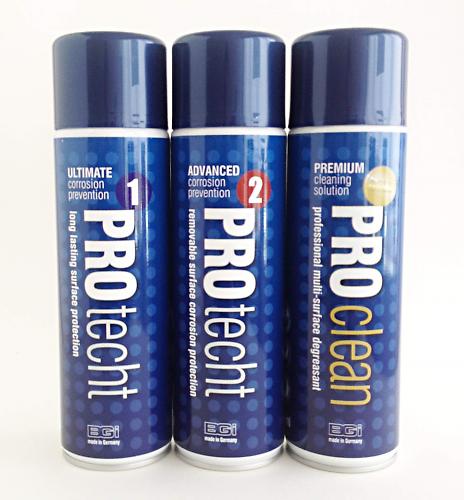 PROclean-gold (£9.99) is an aerosol based, acid free and biodegradable cleaner that’s said to remove dirt, dust and grease from any surface in seconds with minimal work. It is safe for use on carbon fibre, titanium, alloy, steel and just about any other material you’re likely to find on your bike.

PROtecht-1 (£14.95) is a simple spray-on protectant that’s suitable for regularly used bikes and components. It’ll protect your bike from moisture and salt, for example.

PROtecht-2 (£13.50) is slightly different. It is suitable for bikes that are going to be stored long-term – a race bike over the winter, for example.

The products will appear in bike shops soon but are currently available directly from the BGI website. We’ve requested some for review here on road.cc 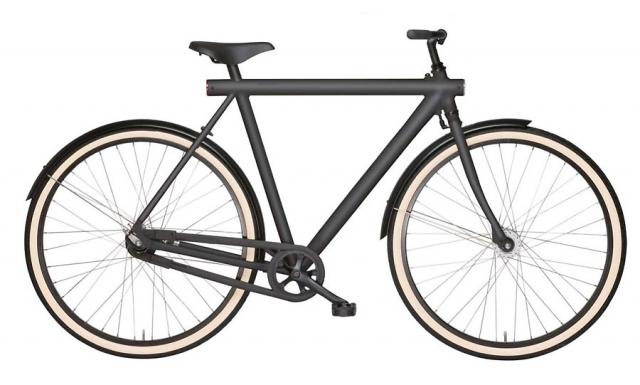 The Vanmoof Noir was initially made in a limited run but it has proved so popular that it’s now a full production model.

Vanmoof describe it as, “An homage to the archetypical black Dutch workhorse. Mystique and modesty combined with Vanmoof’s minimal and functional design.”

The frame is 6061 aluminium and it’s available in several different builds, the cheapest of which is the singlespeed 3.1 at £558.

There’s a dynamo built inside the front wheel that powers the internal LED light system. For more info go to www.leftfieldbikes.com

Remember that we told you last week about the Bridge Street Saddlebag? The designer, Jonathan Ward, was after financial backing on Kickstarter.

The design got some positive comments at the bottom of our original story and we assume plenty of other people felt the same way because it didn’t take Jonathan long to get the pledges he needed. He was after £3,000. With three weeks remaining, he’s already got over £10,000. Result.

We look forward to seeing a full production version. The Cannondale Pro Cycling squad started using Osmo Nutrition's products at the Tour of California back in May. Peter Sagan had apparently been cramping in races all spring and he had some serious issues during the first two days in California because the heat was so intense.

Osmo tell us that the day after Sagan started using Osmo, he won the stage and hasn't looked back since. During the Tour de France, he credited Osmo with helping him stay in the Green all the way to Paris.

Sponsored riders usually say good things about their sponsors’ products – that’s the way these things work – but this pic, taken during the Tour de France, shows that Osmo has fans from another pretty big team too. There’s no paid endorsement here. Our spies tell us that the team ended up with every rider using Osmo by the end of the race.

We don’t think Osmo has a UK distributor yet but you can have it sent over from the US website. Zipp have introduced two new bottle cages, one weighing a claimed 18g, which is amazingly light.

The SLSpeed cage is made from unidirectional carbon fibre – of course – and Zipp say that you can get a bottle in both straight and from an angle, which is handy for those using a smaller frame. The arms are said to flex for easy bottle insertion and removal.

The new Alumina cage is a similar shape but it’s made from aluminium, as the name suggests. It weighs a claimed 27g, which is still very light.

Both designs are intended for use on either the seat tube or the down tube and for road, mountain bike or cyclocross use.

Scottish clothing company Endura will use the Eurobike show next month - the biggest gathering of the bike industry anywhere in the world - as the platform to launch the culmination of 12 months' development of their clothing ranges. They’ve been working with the NetApp-Endura race team on getting products field tested, and the whole Equipe collection has been updated. The latest Equipe Infiniti CB bib shorts have a been designed with the minimum number of seams to increase comfort, with just three panels of material - the legs are made from a single piece of Power Lycra fabric with Coldblack technology to help reflect away heat. Endura are pushing into the urban/city market with the new Urban Range of clothing that can be worn in the office and works well on the bike for short commutes. The range includes the Urban Shirt, Urban Softshell Pant, Urban Jeans and a Polo Shirt.

We'll have more details from Eurobike towards the end of the month.