Europcar’s presence in the Tour de France is a good thing as it means Colnago, one of the sports most successful marques, will roll out onto the roads of France. To celebrate the 100th edition of the race, Colnago have given the team specially painted frames, which are based on a brand new paint scheme they’ve just launched for the C59. 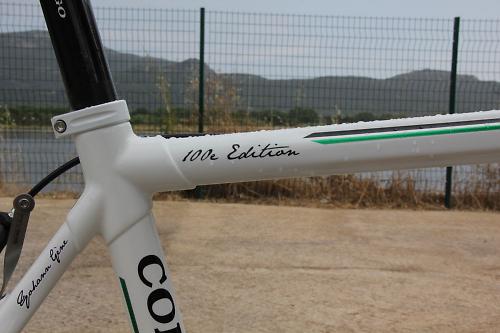 The new paintjob for Europcar is actually based on a brand new paint scheme Colnago have just launched for the C59 Italia, and seen through their website for the first time today. The mostly white frame is stickered up with angled decals running down the fork and cutting across the top tube, seat tube and chainstays. It’s a very contemporary design, at least against some of Colnago’s efforts in recent years. 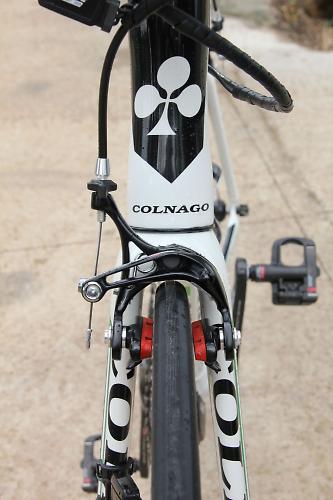 The team are riding a custom version of this new paint scheme, with slightly different colourways. Their frames also has ‘100th’ written on the top tube. This actual bike belongs to Gene Yohann, a French pro since 2005 when he first joined Bouygues Télécom. 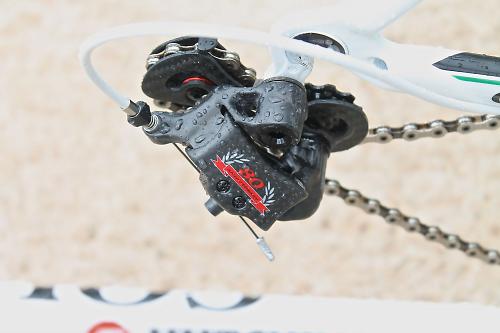 Most of the team are riding Campagnolo Record EPS groupsets, but we spotted one bike fitted with Campagnolo’s 80th anniversary Super Record groupset, along with Osymmetric chainrings. 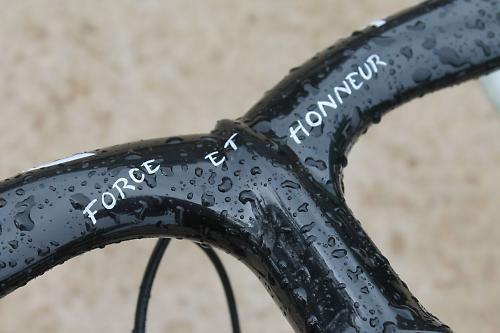 Here’s a nice touch. Pierre Rolland has ‘force et honneur’, which translates to ‘strength and honour’ written across the one-piece carbon handlebar. A good motivational tool perhaps when you’re digging deep in the Tour de France. 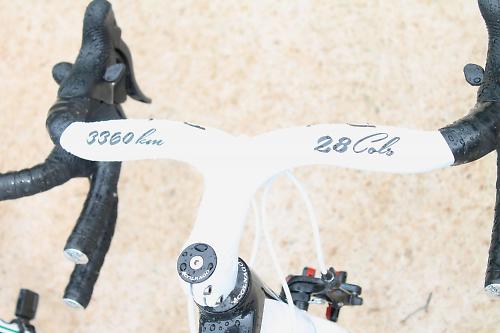 Another handlebar based reminder, this time the distance and the number of cols in the race. Not sure it's going to be as motivational as the above message. Maybe he'll count down the Tour by repainting the distance and cols remaining on a daily basis? 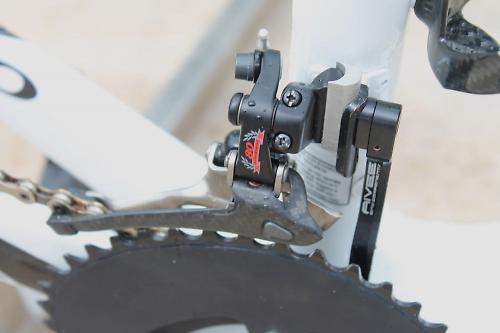 Chain catchers are popular, they prevent the chain from dropping off the chainring onto the bottom bracket which, while it doesn’t happen often, can wreck a race or at least slow you down a bit - bad if it happens at a critical moment, as it did with Tom Boonen in Paris-Roubaix a few years ago. This one is made be AIVEE, a French company specialising in CNC components. 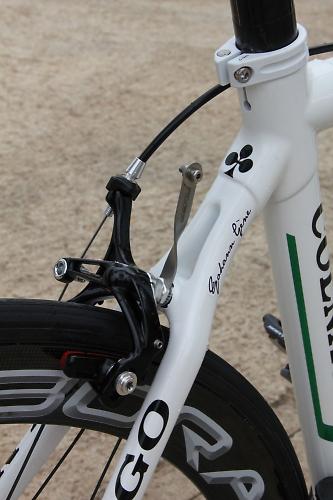 Underneath the paint is the same Colnago C59 that has been in service for a couple of years. It’s made in Italy by hand using a tube-to-tube construction method which is more flexible than the more common moulding process and allows for some customisation and many more sizes. You can read our review of the C59 here.