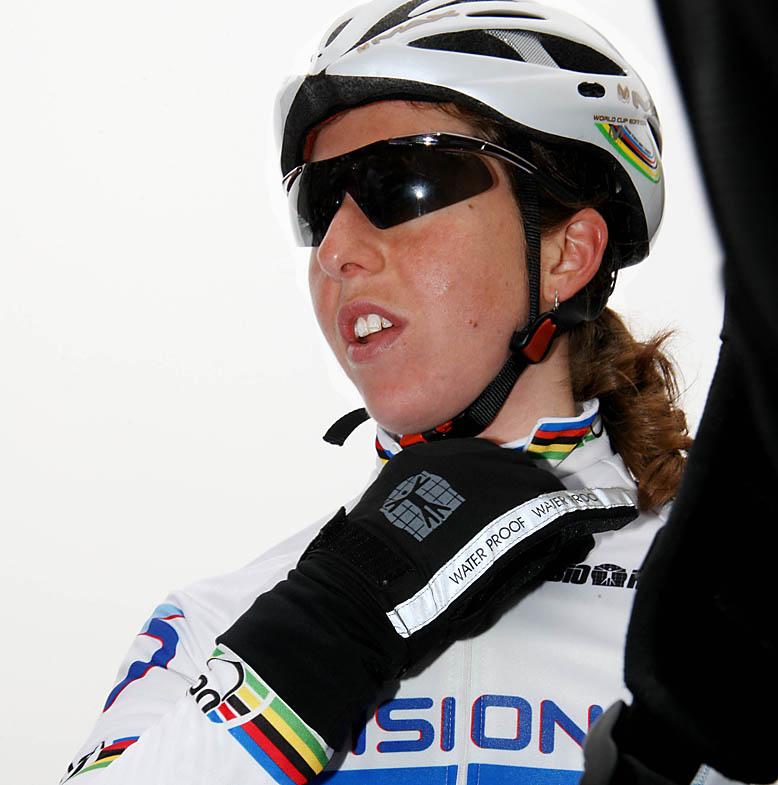 Organisers say that this year’s Cycle Show is building up to be the most star-studed show ever. Track riders will include Olympic and six times World Champion Victoria Pendleton, current UCI Track World Championships Silver medal holder for Team Sprint, Jamie Staff, and 2008 World champion in team pursuit Ed Clancy.

In addition, Dave Brailsford who led the British team to Olympic and world success will be appearing on Friday morning. And Nicole Cooke, current World Road Race Champion and the first rider to win both World and Olympic titles in the same season, will be appearing on Saturday.

Nicole Cooke, said: "I’m looking forward to going to Cycle 09 especially after the warm welcome when I attended last year. As well as meeting lots of fellow cyclists hopefully I’ll get a chance to look around at the huge variety of new equipment and products that will be on show."

Jim Rees will be carrying out a 1,000m challenge at the show to raise money for the Wallace & Gromit’s Children foundation, 2008 British National Road Race Champion Rob Hayles will be there, and former Belgian professional cyclist and five times winner of the Tour de France, Eddy Merckx, will be appearing on Friday at the i-ride.co.uk stand to promote his range of Eddy Merckx bikes and sign autographs.

Cycle Show Event Director Andrew Brabazon said: “This year’s show will be the best yet and with all the top cyclists lined up to make an appearance, visitors are guaranteed a great day out. Whatever type of cycling you’re into, or even if you’re an absolute beginner, this is show not to be missed.”

Cycle Show 2009 is taking place at Earls Court 1, London from October 9-11 and will feature a huge variety of exhibitors, test tracks, a seated arena, BMX street course, and a Cycle Store.

Visit cycleshow.co.uk/arena for a full schedule of when cycling stars will be appearing.
The Cycle Show 2009 is open from 10am-6pm on the Friday and Saturday, and from 10am-5pm on the Sunday.

Tickets cost £11.50 for adults, but road.cc users who book using our special promotional code can get in for a tenner. To get your discount when buying tickets, visit www.cycleshow.co.uk/rcc - the ticket offer code is RCC, and the ticket price is £10.

For more information on the show, visit www.cycleshow.co.uk.