Katusha’s Joaquim Rodríguez finished 2012 at the top of the UCI WorldTour rankings and to celebrate this Canyon have given him a specially finished Aeroad for this week's Volta a Catalunya stage race.

The Spanish rider (his nickname in the peloton is Purito, Spanish for little cigar) won the Volta a Catalunya in 2010 and will be hoping for a repeat victory this year. Whether he manages that or not, he’ll certainly stand out in the peloton on his slick looking bike. 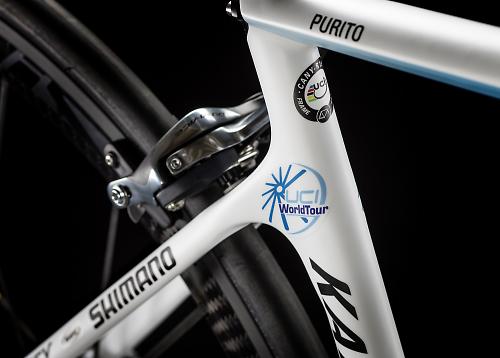 There’s a strong tradition of manufacturers supplying their star riders with custom paint job bikes, it gives them the opportunity to stray away from standard livery and show off. Rodriguez isn’t a stranger to the delights of a specially painted bike, having received a pink detailed special for the Giro last year. 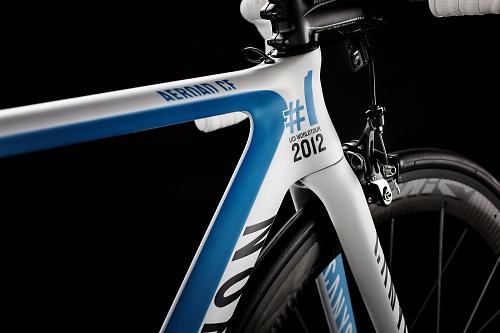 The usual team bikes are finished with a black livery, but Rodriquez will roll out on a frame painted white with blue details. There’s a sticker proclaiming his 2012 WorldTour victory on the head tube, and a WorldTour sticker on the seat tube. His nickname is printed along the top tube. 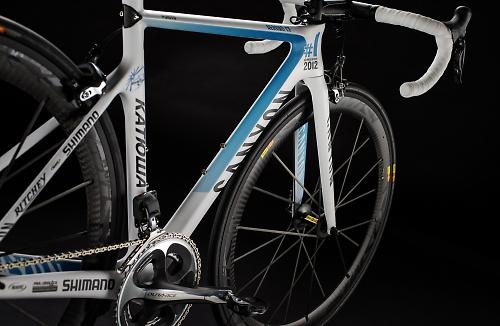 At 5’ 7” he isn’t the pelotons tallest rider, and opts for a short 11cm stem. It’s slammed though, not a spacer in sight. Standard.

So, if you’re watching the race this week, keep an eye out for Purito and his special bike.

Check out the entire list of 2013 WorldTour bikes here.