German bike brand Focus Bikes will return to the WorldTour this year by supplying bikes to the French team Ag2r La Mondiale for the 2013 race season. Focus have been a familiar sight in the pro peloton: first with Milram, then Katusha, which ended in 2011, and Team Acqua & Sapone last year.

They’ve signed a three-year deal with Ag2r, so seeing as they’ll be a very regular sight for the next few years, let’s take a look at the Izalco Team SL Carbon they’ll be racing. 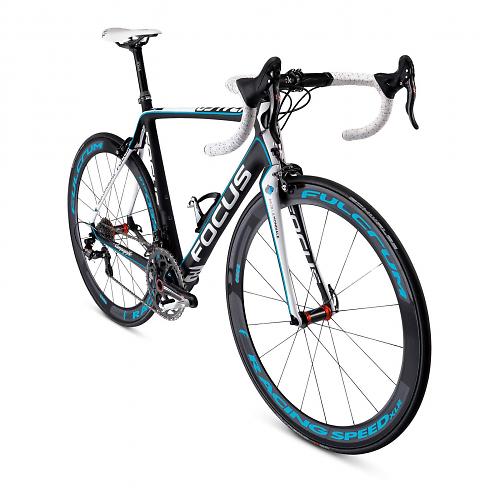 The  Izalco has been the company’s flagship race bike for some time. The Team SL is the latest version, introduced for the 2013 model year, and sees the frame go on a serious diet, losing some 200g. That means the frame is safely under the 1kg marker, with a claimed weight of 960g. 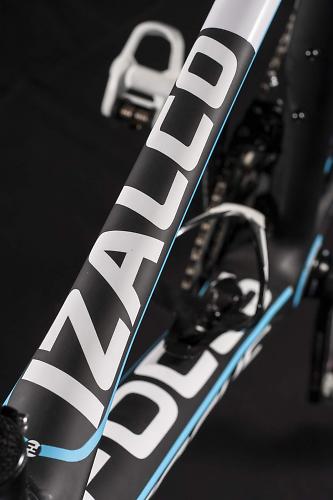 All tube profiles and shapes give it a similarity to the previous model, but it’s the carbon layup that has been significantly updated to achieve the weight loss. The headset and bottom bracket bearing cups are now moulded in carbon, this removal of metal surfaces helps to drop a bit more weight. 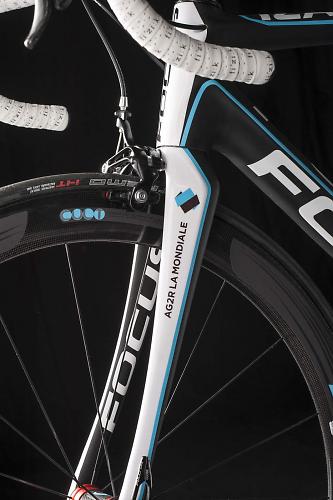 The frame has a unique internal cable routing design. Channels for the cables are laid up in the walls of the tubes and that is said to contribute to the structural stiffness. It also allows for much easier cable fitting. It’s designed with electronic groupsets in mind, and the team will be running Campagnolo’s Record EPS groupset. 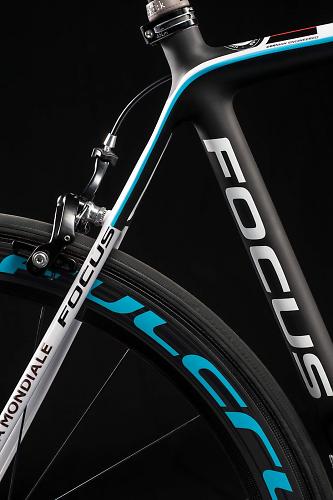 The team bikes are built with a Campagnolo Record EPS groupset, Fulcrum Racing Speed XLR wheels and Schwalbe Ultremo HD tubular 22mm tyres. It’s the only bike in the peloton to use Fizik’s Cyrano handlebar, stem and seatpost setup. The team will have a choice of Fizik Arione, Antares and Aliante saddles.