A first glimpse of what's coming in 2013 from German manufacturer Focus Bikes.

The Izalco is Focus's flagship race bike, and for 2013 200g has been shed, bringing it under the 1kg barrier and into line with most top-end race frames from other big manufacturers: Focus claim an average weight of 960g across the seven sizes (48cm to 60cm).

While it looks similar to last year's bike with the distinctive fat down tube, narrow top tube and skinny seat stays, lifting up the paint reveals a revised carbon layup. A switch to a carbon fibre with a higher tensile strength has helped reduce weight, as have the new carbon headset and bottom bracket bearing cups. They're moulded from carbon at the same time as the rest of the frame with a precision that means no aluminium inserts are needed.

They’ve settled on SRAM's Pressfit30 bottom bracket in preference to the previous BB30, on the grounds of it being lighter. As the name suggests, the bearings, housed in nylon seals, press directly into the frame. They're lighter and much easier to install.

Focus have also designed the new Izalco to be compatible with electronic groupsets.

There'll be four models to choose from, with the £6,499 Team SL 1.0 topping out the range. It'll come with a build kit worthy of such a hefty price tag, including a SRAM RED groupset, Zipp 404 Firecrest tubular wheels and FSA K-Force Black Edition bars, stem and seatpost.

Extended warranty for your carbon

Focus will now offer a six year warranty on all carbon frames and forks (previously a five year warranty). A crash replacement programme has also been introduced. Smash your Focus and you can buy a comparable frameset at a reduced price. That's 50% in the first year, 30% the second year and 20% in the third year.

Focus now offer four versions of the carbon fibre Mares CX, their race-ready cyclo-cross frame. It's the same as the one ridden by the Focus-Rapha cyclo-cross team over in the states, and ridden by the popular Jeremy Powers. Yes, you can now look like the hero JPow. Planet Carbon for the streets 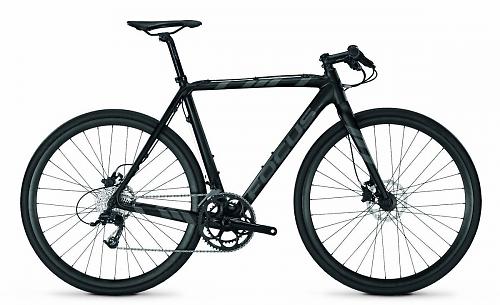 The new Planet Carbon recognises the needs of commuting cyclists. It's based on the Mares CX with a carbon frame and disc brakes, but loses the drop bars in favour of commuter-friendly flat bars. SRAM's Apex groupset pairs with Magura hydraulic disc brakes. Expect a price of £1,459 for that model.

We think the £999.99 Planet TR 1.0 with a Shimano Alfine 8-speed gear hub and belt drive will be an absolutely cracking bike. No photos of that model as yet...

Focus for the Olympics

While we're talking about Focus, we can't finish without showing you this wonderful looking Izalco, prepared for London 2012.

Stuffy Olympic rules dictate the branding is kept to a minimum: just one logo per side of wheel and one name on each side of the frame. What it has meant is some the cleanest looking road bikes we've ever seen being raced. And I rather like it. 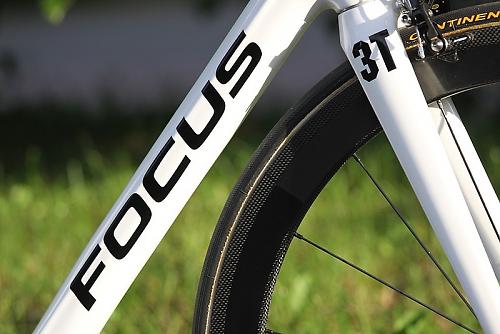 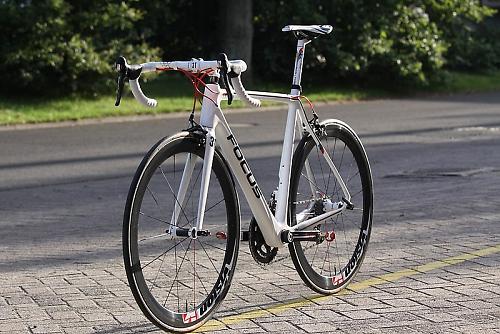 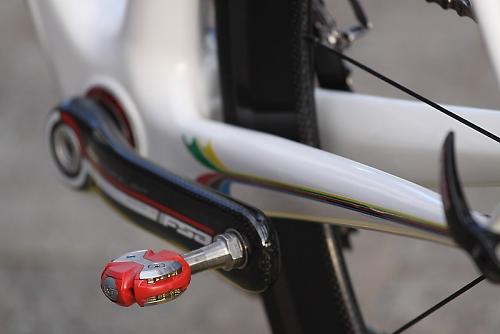 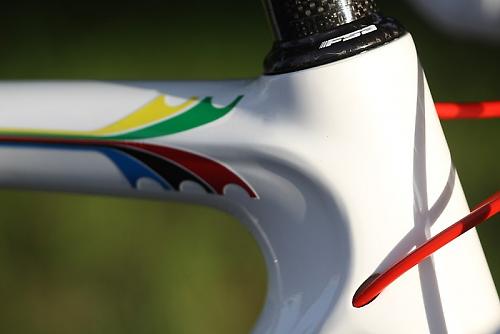