Discs on the road… The Insider has his say 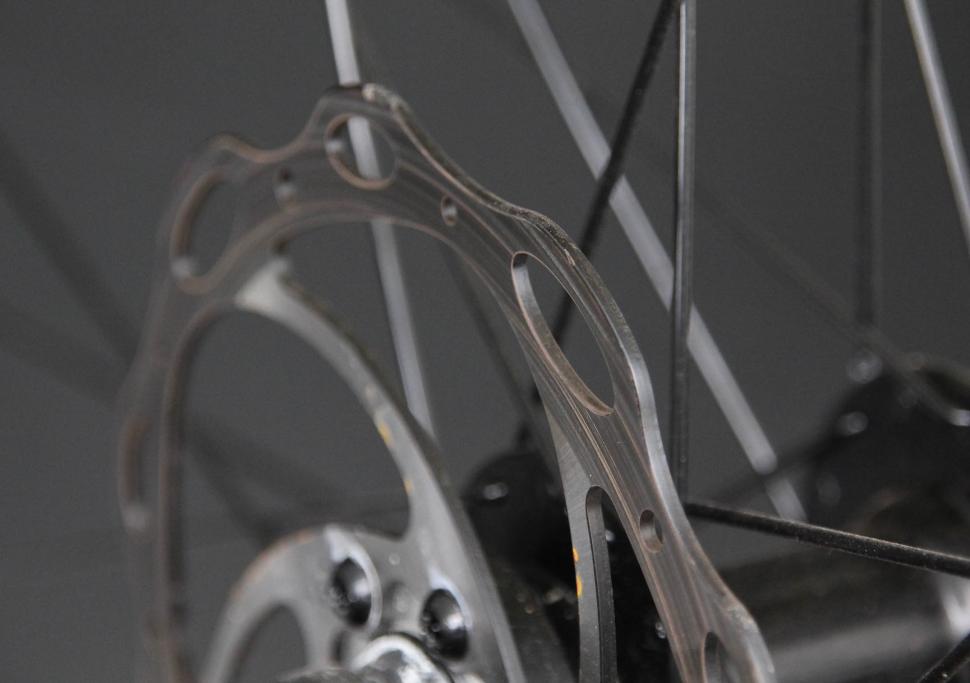 Who could have imagined that we would ever be talking about improving braking on a road bike. Why bother? Last time I checked going slowly wasn’t the aim of the game. But it is coming, without doubt. Disc brakes on the road will be the buzz groupset development of Eurobike 2012 aka 2013 for the market. Fact.

You don’t need to look very deeply into the comments section of articles on the matter to realise this is dividing opinion and it will continue to do so. I am all for discussion but my problem with most of the negative comments is that they seem misguided or misinformed to me.

Allow me to set the record straight. Discs for the road is not just a sly way to make you buy more bikes and bicycle engineers have not run out of scope to improve the performance of framesets. We are just scraping the surface with carbon technology for the bicycle in so many ways. Stagnation on that front will not be reached for a while yet, but I can explain that another time.

Here is my take on discs…

At Eurobike this last year a lot people were surprised that there was no complete hydraulic disc solution on the market. A full 14months on from the UCI lifting the ban on disc brakes in cyclo-cross and still no solution from the big 2.5 component manufacturers [Shimano, SRAM, and Campagnolo], but from an industry view this was no surprise at all. That is because the industry as a whole is nervous of cyclo-cross. If you look to mainland Europe ‘cross is widely considered to be a sport for a) Belgians and b) Professionals. That's not a big market to aim at. Shimano’s amazing cyclo-cross developments with the CX-50/70 are a great example of how tentative the industry is towards 'cross. Two cranksets and a few front derailleurs is hardly massive investment. And that ladies and gentleman is the important word – investment.

Despite its growing popularity ‘cross will never provide the return on investment to justify the development costs. The numbers just don’t add up. If you consider the amount of money that is going to have to be invested to bring discs to the curly handlebar market in a big way, you can rest assured it is not something that will be done lightly. It will not be a fad and it will not be purely for ‘cross

What is most interesting to me is that without realising it the UCI, with its rule change, has sparked a much greater debate in the industry. What was previously an incoherent rumble going on in the background is now a mainstream topic of conversation. Would discs actually provide any advantage to a road bike? Yes. Frame manufacturers are really pushing hard to come up with a frameset in time for the known launch of the complete solution groupset. Discs are coming to the road market, and the cyclo-cross market will benefit as an aside.

With discs come many benefits, but the real advantage will not be from ultimate braking force. It will be consistent and well-modulated braking in all conditions. It will make sense to you when you ride it you just might have to stomach an initial weight penalty and a barely measureable aero disadvantage. Oh and be a little brave to try something new that you don’t like.

I feel sorry for the likes of TRP, Hope and USE that have invested in the converter solution; a good idea but too late - although all three are probably working on fully integrated solutions themselves – TRP are certainly said to be. My guess on which the manufacturer will break cover with a road disc groupset?  Well, it's not a guess I know, but I'm not going to betray any trusts by saying here - it won't be long before you know and anyway it doesn’t take a genius to work it out. With the launch of EPS you are down to 2 from the initial big 2.5.  So it's a groupset manufacturer beginning with 'S' that's in the market for some technical innovation.

For me the most interesting aspect of the industry's decision to embrace disc brakes on road bikes is not the technical aspects of the exercise it's simply how much power the UCI has over genuine technical development,  despite only 0.001% of the world’s cycling community being directly affected by their legislation. If that ban on cyclocross discs had never existed those many millions of cyclists who have never ridden a cyclocross bike let alone raced one would have been riding road bikes with discs years ago."

1
Police officer caught on camera telling cyclists to ride in single file to be given "education around traffic offences"
2
"Check the Highway Code": Police officer claims cyclist shouldn't ride "in the middle of the road"
3
Driver "used bus as a weapon" against cyclist, loses appeal over sacking
4
Hit-and-run driver moved unconscious cyclist off road before fleeing scene
5
Cyclists report multiple muggings and thefts on London cycle route
6
Canyon revamps Inflite cyclocross range for 2023
7
Near Miss of the Day 827: Two close passes and a screenwash shower
8
‘Dangerous cycling is not a priority,’ police force says