No space on your stem or handlebar for a Garmin mount? Try one of these alternatives
by David Arthur @davearthur

If the standard Garmin plastic mount isn't for you, then you'll be delighted to hear there are a healthy number of alternative mounts now available. Sure, the supplied Garmin mount works well enough, but it fixes in place with rubber bands and your placement options are restricted to the stem or handlebars.

That's fine if you have the space. But if your stem is too short or two steep, or you've got no free space on your handlebars, you might be interested in another way of mounting your Garmin. While it can be easy to find space for the small Edge 200 and 500, the larger 800 can present problems. Some people also find they can't comfortably view the Garmin's screen when adopting an aggressive position in the drops.

These aftermarket Garmin mounts solve all these problems. The one thing they all have in common is the placement of the Garmin unit ahead of the handlebars and in line with the stem. This frees up space on your handlebars and, because the Garmin is shunted further forwards, can make it easier to view on the bike. 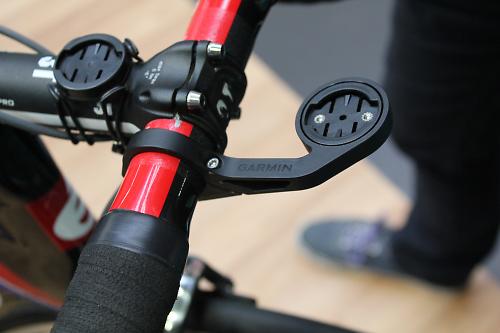 Garmin weren't first to offer just such an alternative mount, but they've addressed this and have released their official mount. Their Bike Bar Mount (£29.99) attaches to the handlebar and the off-set mount places the Garmin directly in front of the stem. This not only frees up space on your handlebars but also places the Garmin further forward so it's easier to see the screen when you're riding, particularly in the drops. The clamp is hinged for easy installation and is made from a composite. It weighs 26g. 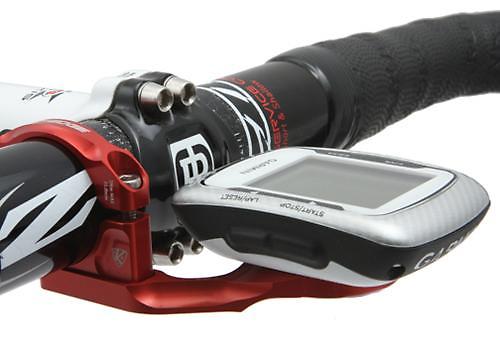 K-Edge produce a range of neat GoPro mounts and they've also added this Computer Mount for Garmin Edge to their lineup. Like the Garmin mount, it will take an Edge 200, 500 or 800 and hold it securely in place in front of the handlebars in a central position ahead of the stem. The K-Edge is CNC-machined from 6061 T6 aluminium and two bolts secure it in place. This one isn't budging. Uniquely, the arm that carries the Garmin mount can slide forwards and backwards so you can tailor the position. 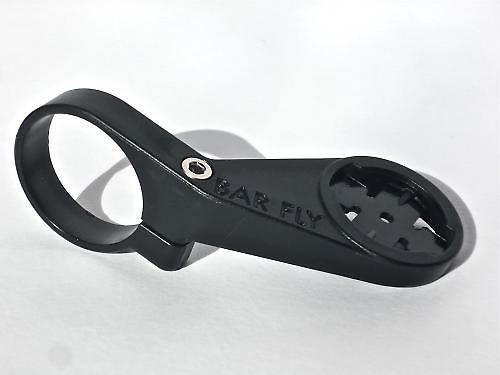 US bike shop Above Category produce the Bar Fly, another mount that elevates the Garmin ahead of the stem in an inline position. It's manufactured from Delrin plastic and the wraparound clamp fixes with one single Allen bolt. It's light at just 19g. 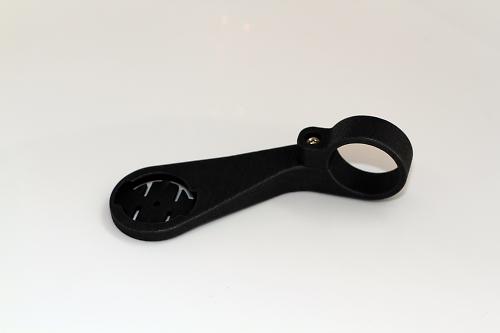 RaceWare Direct is a small UK company and they make use of state-of-the-art 3D printing to produce a range of Garmin mounts. They produce an Edge 200/500 mount plus a slightly longer 800 mount, and they fit all handlebar sizes including 35mm. Uniquely, they also do left and right side mounts so you can pick the more suitable. They cost from £24.99 and they're available in a range of colours.

If you're a time triallist then you might be interested in the TT Mount. Attaching to the extension bars this mount places the Garmin slap bang in the middle of the space between the extensions so when you're in the TT position you can still view the Garmin's screen. 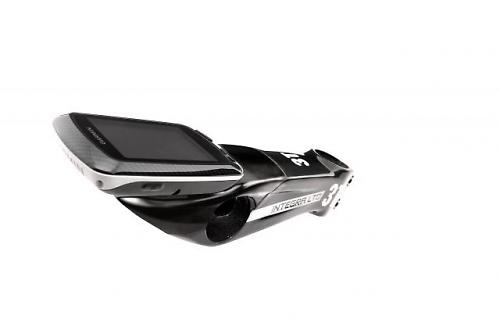 There is another way. 3T's Integra (£259.99) is currently the only stem that has been designed to take a Garmin computer mount instead of the usual faceplate - you still need to buy the Edge R Stem Mount separately. You can run the stem without a Garmin as well; a shroud clips into place maintaining the stems clean lines. Of course, no new product is complete without some claims of betterness, and 3T claim the position of the Garmin improves the airflow around the stem. So there you go.